ABSTRACT: In this present study a novel, simple, economical, accurate and precise RP-HPLC method has been developed and validated for simultaneous estimation of aspirine and clopidogrel in combined tablet dosage form. Chromatographic separation was carried out on a Kromasil HD C18 (150 x 4.6 mm, 5µm) column with a mixture of acetonitrile and 0.1% (v/v) orthophosphoric acid aqueous solution in a ratio of 40:60 (v/v) as mobile phase at a flow rate of 1.5 ml/min. Detection was accomplished at 237 nm by employing a DAD (Diode array detector). The retention times were 2.78 and 4.99 min for aspirine and clopidogrel respectively. The method was validated according to ICH guidelines for accuracy, precision, linearity, specificity and sensitivity. Calibration plots were linear over the concentration range 10 – 70 µg/ml for both aspirine and clopidogrel with r2>0.997. Recovery was found to be 99.2 – 99.8% and 99.2 – 99.9% for aspirine and clopidogrel respectively with RSD < 2 for both. There were no interference due to any components of pharmaceutical dosage indicating high specificity of the method. LOD and LOQ value were found to be26.2 ng/ml and 78.2 ng/ml for aspirine and 52.7 ng/ml and 152.1 ng/ml for clopidogrel reflecting high sensitivity of the method. The method was successfully employed for quantitative analysis of commercial product. Validation study revealed that method is specific, rapid, reliable and reproducible, so it can be used for routine quality control study of aspirine and clopidogrel in combined tablet dosage form.

INTRODUCTION: Aspirine (ASP) (Fig. 1a), chemically 2-acetoxy benzoic acid is a cyclo oxygenase inhibitor which is used as an analgesic, antipyretic, anti-inflammatory and anti thrombic agent 1. It is one of the most commonly used anionic drugs in the world 2. After ingestion, it rapidly hydrolyzes to salicylic acid which is primarily responsible for its pharmacological action 3. It is included in the official monograph of both USP-NF 4 and BP 5.

US Food and Drug administration has approved this drug for use in secondary prevention of heart attacks and stroke due to its anti-platelet activity 4-5.

Clopidogrel bisulphate (CLO) (Fig 1b) is a USP –NF 6 enlisted drug. Its chemical name is (+)-(S)-methyl2-(2-chlorophenyl) - 2 - (6,7-dihydrothieno [3,2-c] pyridin-5(4H)-yl)acetate, sulphate which is a new thienopyridine derivative. It is an antiplatelet agent, which directly inhibits the binding of adenosine diphosphate (ADP) to its platelet receptor and blocks the subsequent ADP-mediated activation of the glycoprotein GPIIb/IIIa complex, thereby inhibiting platelet aggregation 7. It is used to prevent ischemic stroke, myocardial infarction and vascular disease and has proved its clinical efficacy superior to that of aspirine. So, Clopidogrel is indicated for the patients with atherosclerosis documented by recent stroke, recent myocardial infarction or cardiovascular disease 8. The combination of ASP and CLO is used for atherosclerotic patients suffering from various heart diseases 9.

FIG 1: CHEMICAL STRUCTURES OF (a) ASPIRINE   (b) CLOPIDOGREL BISULPHATE

Literature survey revealed several assay methods for ASP and CLO individually or in combination with other drugs by UV spectrophotometry 10-12, High performance liquid chromatography (HPLC) 13-26, RP HPLC-UV 27, Reverse phase -Ultra fast liquid chromatography (RP-UFLC) 28-29, Gas Chromatography-Mass Spectrometry (GC-MS) 30 and LC-MS/MS 31. However every method has its own limitation. Thereby, an attempt has been taken to develop and validate a simple, economic, reliable, reproducible, accurate and precise RP-HPLC based method for simultaneous estimation of ASP and CLO in combined tablet dosage form where validation of the analytical method has been performed in accordance with ICH guideline 32.

The chromatographic condition consisted of a PerkinElmer Flexar HPLC integrated with DAD (Diode Array detector). Chromatographic separation was carried out on a Kromacil-100 HD,C18 column (15cm x 4.6mm i.e., 5 µm) with mobile phase composed of acetonitrile and 0.1% (V/V) orthophosphoric acid aqueous solutionin a ratio of 40:60 (v/v) at flow rate of 1.5 ml/min. The mobile phase was prepared freshly, filtered, sonicated before use and the detection wavelength was set at 237 nm. The injection volume was 20 µl.

Preparation of Stock Solutions of Standard ASP and CLO:

Stock solutions of 0.5 mg/ml ASP and 0.5 mg/ml CLO were prepared in mobile phase. Serial dilution of the stock solutions were carried out using mobile phase at concentration range of 10 – 70μg/ml for both ASP and CLO. This solution was subjected to liquid chromatographic analysis.

Twenty tablets were weighed accurately and grounded to power. Powder equivalent to 50 mg of ASP and 50 mg of CLO were weighed and transferred to a 100 ml volumetric flask. The powder sample was dissolved in mobile phase by intermittent shaking and sonication. A filtered portion was diluted to mobile phase to get a final concentration of 50μg/ml for both ASP and CLO. All the solutions were filtered through 0.2 micron disk filter prior to inject through HPLC.

During optimization of HPLC method two different columns (Gracesmart ODS, 250 mm x 4.6 mm, 5µ and Kromasil HD C18, 150 mm x 4.6 mm, 5µ) were tried, both of them gave sharp peaks but to decrease the retention time smaller one was selected for final analysis. Different mobile phase compositions were tested for better sharpness and acceptable resolution like acetonitrile and phosphate buffer (pH 3, 4), acetonitrile with acetate buffer (pH 3, 4), acetonitrile and aqueous solution of orthophosphoric acid mixture, but the later one was selected for analysis due to better separation of peaks and most importantly this combination is easy to prepare, less time consuming and column friendly because no salt was used. Flow rate of mobile phase ranging from 1.0 ml/min – 2.0 ml/min were tried but 1.5 ml/min was optimized because at 1.0 ml/min retention time is high and at 2.0 ml/min pump pressure is a risky factor. Analysis at several wavelength were performed but 237 nm was selected due to optimum intensity of both of the peaks.

Recovery studies were performed at three different levels 80, 100 and 120%. Placebo/matrix were spiked with known amount of ASP and CLO. At each level of the amount three determinations were performed and the results obtained were compared with expected results. Recovery for pharmaceutical formulations should be within the range of 100±5%. The percent R.S.D. of individual measurements was also determined. High recovery and satisfactory RSD value at each level (Table 2) indicates that this method can be used for routine analysis of ASP and CLO in combination drugs.

Precision of the assay was determined by repeatability (intra-day) and intermediate precision (inter-day) for 2 consecutive days. Six replicates from a homogenous sample of ASP and CLO were analyzed in the same day (intra-day precision) and 2 consecutive days (inter-day precision). %RSD of six determinations should be less than 2% at each day and day to day assay variation should be less than 1%. The specifications were absolutely conformed according to data presented on Table3 indicating high precision of the method for simultaneous estimation of ASP and CLO from combined tablet dosage form.

Limit of detection (LOD) and limit of quantitation (LOQ) were determined from the signal-to-noise ratio. LOD and LOQ were calculated using 3.3σ/s and 10σ/s formulae, respectively, where, σ is the standard deviation of the peak areas and s is the slope of the corresponding calibration curve. The limit of detection (LOD) and limit of quantification (LOQ) were found to be 26.2 ng/ml and 78.2 ng/ml for ASP and 52.7 ng/ml and 152.1 ng/ml for CLO.

Ruggedness and Robustness: Ruggedness study was accomplished between two analyst, column and instrument. Robustness of the assay was carried out by deliberate change in few parameters like flow rate of mobile phase and mobile phase ratio. SD in retention time of ASP and CLO was found within the acceptable limit and tailing factors of the peaks corresponding to ASP and CLO was found to be < 1.5. 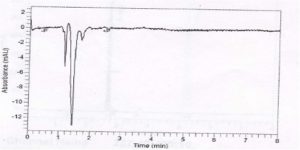 FIG. 3: CHROMATOGRAM OF PLACEBO CONTAINING ALL EXCIPIENTS EXCEPT ASP AND CLO

Stability of solution was evaluated by injecting the same solution containing ASP and CLO at 24 hours interval. The solution was stored at room temperature. Day to day variation in parameters like peak area, retention time, tailing factor, theoretical plate counts were within the acceptable range indicating that the prepared solution can be used for two days. (Table 6)

Two brands of ASP and CLO combination from commercial market were tested according to this method and satisfactory result was found. Table7.

CONCLUSION: The developed HPLC method is simple, economic, specific, accurate and precise for the simultaneous estimation of ASP and CLO in combined tablet dosage form. The developed method offers good resolution between ASP and CLO. It was successfully validated in terms of system suitability, linearity, range, precision, accuracy, specificity, LOD, LOQ and robustness according to ICH guidelines. So, the described method is suitable for routine analysis and quality control of pharmaceutical preparations comprising these drugs either as individual or in combination.

ACKNOWLEDGEMENT: We are thankful to Veritas Pharmaceuticals Ltd. Bangladesh for providing working standard of both Aspirin and Clopidogrel Bisulfate.