ABSTRACT: A simple, precise, rapid, accurate RP-HPLC method has been developed and validated for the simultaneous determination of Minoxidil and Finasteride in pharmaceutical dosage form. The chromatographic separation was achieved on ODS C18 column (25 cm × 4.6 mm, 5 µ particle size) using a mobile phase comprising methanol: water along with 0.5 % triethyl amine (TEA), pH 6.38 adjusted with ortho phosphoric acid (OPA) in a ratio of 70:30 v/v. The flow rate was 1ml/min and eluents were detected by UV detector at 210 nm. Retention times were found to be 4.661 min and 10.005 min of Finasteride and Minoxidil respectively. The calibration curve was linear over the range of 12-24 µg/ml of Minoxidil and 0.4-0.8 µg/ml of Finasteride. The results of all the validation parameters were well within their acceptance values. The developed method was successfully applied for determination of the two drugs from its pharmaceutical formulation. The excipients in the formulation do not pose any hindrance in determination of the two drugs. The proposed method is suitable for routine quality control analysis.

The literature survey revealed methods for estimation of MINO by spectrophotometry 3,     RP-HPLC 4, stability indicating HPLC 5, electrochemical determination 6 and voltammetric method 7 and methods for estimation of FINA by spectrophotometry 8, RP-HPLC 9-10 and stability indicating HPLC method 11. Recently one RP-HPLC method 12 has been published for simultaneous determination of both the drugs in their pharmaceutical formulation.

1 ml of formulation equivalent to 30 mg of MINO and 1 mg of FINA was taken in 100 ml volumetric flask, 60 ml of HPLC grade methanol was added, sonicated for 30-35 min and diluted to 100 ml with HPLC grade methanol. This solution was filtered through Whatmann filter paper No.41 (300 µg/ml of MINO and 10 µg/ml of FINA). From this solution 0.5 ml was transferred to 10 ml volumetric flask and volume made up with methanol to achieve a concentration of 15 µg/ml of MINO and 0.5 µg/ml of FINA.

Chromatographic separation was performed on C18 (Shim pack xR ODS II 25 cm × 4.6 mm, 5 µ particle size) column. The composition of mobile phase was methanol: water along with 0.5 % TEA, pH 6.38 adjusted with OPA (70:30 v/v). The mobile phase was delivered at a flow rate of 1 ml/min. Analysis was performed at ambient temperature. Injection volume was 20 µl and detection was carried out at 210 nm.

Chromatographic conditions were optimized by changing the mobile phase composition. Different experiments were performed to optimize the mobile phase and results are given in Table 1. Optimized mobile phase consists of a methanol: water along with 0.5 % TEA, pH 6.38 adjusted with OPA (70:30 v/v) with flow rate of 1 ml/min. FINA and MINO were eluted at 4.661 and 10.005 minutes respectively with a run time of 13 minutes. Fig.1 depicts typical chromatogram for simultaneous determination of MINO and FINA. 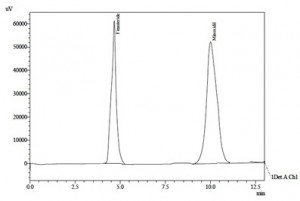 FIG. 1: TYPICAL CHROMATOGRAM OF MINO AND FINA UNDER

Sample solution containing of 15 µg/ml of MINO and 0.5 µg/ml of FINA was injected into the chromatographic system and peak area were measured for MINO and FINA. The percentage of label claim of MINO and FINA were calculated and was found to be 99.616 % and 99.04 % respectively.

Working standards were injected to the HPLC system in 6 replicates and retention time, theoretical plates, tailing factor, capacity factor and resolution were observed for system suitability of proposed method. The results of system suitability test are given in Table 2.

Linearity: Response of detector in terms of peak area to the concentration of analytes in solution was assessed by injecting triplicate injection of solutions containing MINO in concentration range of 12-24 µg/ml and 0.4-0.8 µg/ml for FINA. Peak area vs. concentration graph was plotted and correlation co-efficient values of MINO and FINA were found to be 0.9923 and 0.9939 respectively.

TABLE 3: RESULTS OF PRECISION AND ACCURACY

Limit of Detection and Limit of Quantitation:

Robustness, a deliberate change in the flow rate and mobile phase composition was made to evaluate the impact on the method. The results reveal that the method is robust enough. The results of robustness are summarized in Table 4.

DISCUSSION: A new RP-HPLC method was developed and validated for simultaneous determination of MINO and FINA in combined pharmaceutical dosage form and assured the satisfactory precision and accuracy. The developed method is accurate enough to determine lower concentration of each drug in its pharmaceutical dosage form. The method has been found to be better because of use of a more economical and readily available mobile phase and lack of extraction procedures. The proposed method is more advantageous as compared to the reported method 12.

Incase of the reported method the chromatograms obtained are wide and have more tailing factor as compared to the proposed method. Further the peak shape and size in the reported method are poor as compared to the method proposed in this paper. Therefore it can be concluded that the proposed method is more reliable and can be used in laboratories with very high accuracy and a wide linear range.

CONCLUSION: The RP-HPLC method proposed in this paper is simple, accurate and precise for simultaneous determination of Minoxidil and Finasteride from its pharmaceutical dosage forms. The excipients in the formulation do not interfere with determination of the two drugs. Thus the method is specific enough to identify the two drugs from their formulation.