ABSTRACT The present study demonstrates the use of mixed co solvency in the enhancement of solubility and estimation of ketoprofen, practically water insoluble dug and thus precludes the use of organic solvents. The selected solubilizers were sodium citrate (15%), PEG 400 (8%) and polyvinyl pyrolidine (7%). Beer’s law was obeyed in the concentration range of 2-20µg/ml at wavelength of 256nm. The solubility of ketoprofen was increased by 30 folds in the mixed cos-solvents as compared to distilled water. The recovery study revealed that any small change in the drug concentration in the solution could be accurately determined by the proposed method. The low values of LOD and LOQ indicated good sensitivity of proposed method. The study proved that mixed co-solvency phenomenon is an effective technique in enhancement of aqueous solubility of poorly water soluble drugs and can be successfully employed for estimation of drugs in routine analysis of tablets.

INTRODUCTION: In the pharmaceutical formulation development most of the newly developed drug molecules are lipophilic in nature and poor aqueous solubility is one of the most difficult problems of this drugs 1. The analysis of these poorly water soluble drugs and insoluble drugs were carried out by spectrophotometric estimation using organic solvents like methanol, chloroform, ethanol, benzene, acetone, toluene, carbon tetrachloride, diethyl ether and acetonitrile 2-4. But the disadvantage of these organic solvents mentioned include costly, toxic and volatile in nature which would provide inaccuracy with the results 5.

Several approaches have been proposed in literature to improve the aqueous solubility and hydrotropic solubilization is one of them 6. Various works have been reported on use of hydrotropic solvents in estimation of various lipophilic drugs 7-12. Hydrotropy is another type of co solvency and this gave a new concept a mixed-solvency concept that may be tried to observe the effect on solubility of poorly water soluble drugs. Few works based on this mixed co-solvency technique was reported to study the improvement in solubility by titrimetric estimation 13, 14. This mixed co-solvency technique is based on the principle that instead of using one solubilizer in large concentration for a desired level of solubility, several solubilizers like hydrotropes (sodium ascorbate, urea, sodium benzoate), co-solvents (propylene glycol, PEG 200, 300, 400) and water soluble solids (PEG 4000, 6000, cyclodextrins) in varying concentrations may be used that may show additive or synergistic enhancement in solubility.

These solubilizers do not cause any toxicity and are non-volatile. Ketoprofen a propionic acid derivative that posses anti-inflammatory activity and hence used in the treatment of inflammation and pain associated with arthritis. Its molecular formula is C16H14O3. It is chemically (RS) 2-(3-benzoylphenyl)-propionic acid. It is practically insoluble in water, freely soluble in alcohol, in acetone, and in dichloromethane 15. The primary goal of this study is to employ the concept of mixed co-solvency using for the spectrophotometric estimation of ketoprofen in the bulk drug sample and tablets thereby eliminating the use of organic solvents. The total concentration of solubilizers was kept constant (30 % w/v) in the solubilizing system. The selected solubilizers were sodium citrate (15%) as hydrotrope, PEG 400 (8%) as co-solvent and poly vinyl pyrolidine (7%) as water soluble solid.

Preliminary Solubility Studies of the Drug: Solubility of ketoprofen was determined by saturation aqueous solubility method 16 in mixed co-solvents containing 15% sodium citrate, 8% PEG 400 and 7% PVP (SCPP) in distilled water. An excess amount of drug was added to 50ml beakers containing SCPP and distilled water. The beakers were shaken for 12 hours at 28±1oC. The solutions were filtered through Whatman filter paper #41, and the resulting filtrates were suitably diluted and analyzed spectrophotometrically at 256nm against solvent blank.

Preparation of Standard Stock and Calibration Curve: The standard stock solution of Ketoprofen was prepared by dissolving 50mg of drug in 50 ml of SCPP (15% sodium citrate, 8% PEG 400 and 7% polyvinyl pyrolidine). From this solution, 5ml of solution was taken and diluted to 100ml with distilled water to get a solution containing 50μg/ml and scanned in the entire UV range of 400-200 nm to determine the λmax of the drug. The λmax of Ketoprofen was found to be 256nm. Five working standard solutions for the drug having concentration 4, 8, 12, 16 and 20μg/ml was prepared with distilled water from the stock solution. The absorbance’s of resulting solutions for the drug were measured at λ max of 256nm and a calibration curve was plotted to get the linearity and regression equation.

Validation of the Proposed Method: The proposed method was validated for the following parameters.

Linearity: The absorbances of appropriate dilutions of standard stock solutions were measured as per the developed method to confirm the linearity.

Recovery Studies: In order to check the accuracy and reproducibility of the proposed method, recovery studies were conducted. Tablet powder equivalent to 25 mg of ketoprofen was transferred to a 100ml volumetric flask containing SCPP. Pure ketoprofen drug sample containing 20mg was added to the same volumetric flask. The flask was shaken for 10 mins to solubilize the drug. Then solution was filtered through Whatman filter paper #41. The filtrate was diluted with distilled water appropriately and absorbance was measured at 256nm against corresponding solvent blank. Drug content was calculated and percentage recovery was calculated. Similar procedure was repeated using 40mg and 60mg of pure ketoprofen as spiked concentration. The drug contents were determined and percentage recoveries were estimated.

Precision: Precision was determined by studying the repeatability and intermediate precision. The standard deviation, coefficient of variance and standard error were calculated for the drug.

Limit of Detection (LOD) and Limit of Quantitation (LOQ): The LOD and LOQ of ketoprofen by the proposed method were determined using calibration standards. LOD and LOQ were calculated as 3.3σ/S and 10σ/S, respectively, where S is the slope of the calibration curve and σ is the standard deviation of response.

RESULTS AND DISCUSSION: Solubility of ketoprofen in mixed co-solvents containing 15% sodium citrate, 8% PEG 400 and 7% polyvinyl pyrolidine was found to be 12mg/ml whereas the solubility in distilled water was found to be 0.36mg/ml. These results indicated that aqueous solubility of ketoprofen was increased to 30 folds in mixed co-solvents as compared to distilled water. So it was optimized to employ this mixture solution in the analysis of the tablet formulation. The spectrum of ketoprofen in SCPP is shown in figure 1. 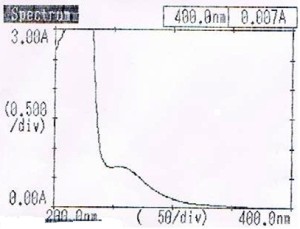 FIGURE 1: UV-SPECTRA OF KETOPROFEN IN SCPP

The Beer- Lambert’s concentration range for ketoprofen in mixed co-solvents was between 2-20μg/ml.  To check drug stability and precipitation of drug in mixed co-solvent, a part of solution were kept in room temperature for 48 hours. The results revealed that estimation of ketoprofen can be done without any substantial effect on drug stability as no precipitation was observed (Table 1).

From this study, it is obvious that there was no interference of sodium citrate or PEG 400 or polyvinyl pyrolidine in estimation of ketoprofen at the wavelength of 256nm. Based on this a large number of poorly water soluble drugs may be tried for estimation by the proposed method provided  their preliminary solubility studies should enhance of solubility of drug in the mixed co-solvents. Also sodium citrate, polyvinyl pyrolidine and PEG 400 are cheaper than most of the organic solvents and can thus, may be better substitutes for expensive organic solvents that are used in routine analysis of pharmaceuticals.

The tablets were prepared using the patented formula and were subjected to estimation using SCPP. The estimated label claim was 101.55% indicating good correlation between estimated and assay of formulated tablets. The recovery studies showed proposed method is accurate and reproducible. The results of recovery study revealed that any small change in the drug concentration in the solution could be accurately determined by the proposed method. Accuracy, reproducibility and precision of the proposed methods were further confirmed by percent recovery values, with low values of standard deviation and standard error as shown in Table 2.

Repeatability results indicated the precision under the same operating conditions over a short interval of time. Intermediate precision study was reported to be within the laboratory variation in different days. In both intra and inter-day precision study, the co-efficient of variation was not more than 1.0% indicating good intermediate precision. The low values of LOD and LOQ, 0.6211 and 0.1882 for ketoprofen in the mixed SCPP indicated good sensitivity of proposed method (Table 3).

CONCLUSION: It was thus concluded that mixed solvency solubilization phenomenon is an effective technique in the enhancement of solubility of a poorly water soluble drug and this  approach shall prove a boon in pharmaceutical field to develop various formulations of poorly water-soluble drugs by combining various water-soluble excipients in safe concentrations to give a strong solution to produce a desirable aqueous solubility of poorly water-soluble drugs Hence, the proposed method is new, simple, accurate, non-toxic and precise method compared to the convential use of organic solvent as they are costly, toxic and volatile. Therefore this method can be successfully employed as an alternative novel method for the estimation of drugs in routine analysis of tablets.

ACKNOWLEDGEMENT: The authors are thankful to Gokula Education Foundation for providing necessary facilities to carry out the research work.