DEVELOPMENT OF MICROEMULSION FOR SOLUBILITY ENHANCEMENT OF ATORVASTATIN CALCIUM

DEVELOPMENT OF MICROEMULSION FOR SOLUBILITY ENHANCEMENT OF ATORVASTATIN CALCIUM

INTRODUCTION:Numbers of the new drug candidates have poor water solubility, and thus oral delivery is frequently associated with low bioavailability of drugs.

Microemulsions have been emerged as potential drug delivery vehicle, due to their simplicity of preparation, transparency and ability to be filtered and incorporate a wide range of drugs of varying solubility. Oil-in-water (o/w) microemulsion is the most suitable formulation, which increases the solubility of drugs by dissolving drugs with low water solubility into an oil phase. They can also enhance oral bioavailability by reducing the globule size (< 100 nm), and hence increase the rate of absorption due to surfactant-induced permeability changes 2.

However, oral bioavailability of Atorvastatin Calcium is very low (less than 4%), due to poor water solubility.

Hence, the objective of this study was to enhance the solubility of Atorvastatin Calcium by formulating it into a microemulsion.

Selection of the components: Selection criteria for oil phase and surfactant for SMEDD are drug solubility, biocompatibility and HLB value i.e., 12-18. Selection of the oil phase was based upon the maximum solubility of the drug 4. Different oils including Capmul CMC, Iso-propyl myristate, Labrafac PG, and Soya bean oil were taken for solubility studies. Several surfactants including Tween-80, Tween-60, Accenon CC, Cremophor RH 40 and Labrafil were screened. Co-surfactants were selected based on theircapability to form stable microemulsion with relevant surfactants at a minimum concentration.

Based on this, several co-surfactants including Isopropyl alcohol, Isobutyl Alcohol, PEG 400, PEG 600 and Transcutol P were screened.

Preparation of Microemulsion: Predetermined amounts of the drug were dissolved in the required quantity of oil. Surfactant and co-surfactant were added to the above mixture as a fixed ratio. Distilled water was added gradually with continuous stirring, which resulted in the formulation of a transparent and homogenous microemulsion 6. Store the clear transparent oily liquid mixture at room temperature until further use.

(VI) % Assay: The optimizedmicroemulsion was diluted with 0.1N HCl and was stored for 2 hrs. Then both the samples were analyzed by UV spectrophotometer at 247 nm

Pseudo-ternary phase diagrams were constructed to obtain the appropriate components and their concentration ranges that can result in a large microemulsion existence area. From the ternary phase diagrams shown in Figure 1, it was concluded that the highest microemulsion zone was achieved for the microemulsions containing Accenon CC/Transcutol P at a ratio of 2:1. A maximum amount of water uptake was found at 1.5% Iso-propyl myristate and 45% Accenon CC/Transcutol P (2:1) concentration. 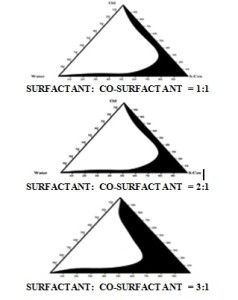 FIGURE 2: AVERAGE GLOBULE SIZE OF THE OPTIMIZED MICROEMULSION (A) AND ITS DILUTED FORM (100 TIMES WITH 0.1N HCl) (B)

FIGURE 3: ZETA POTENTIAL OF THE OPTIMIZED MICROEMULSION (A) AND ITS 100 TIMES DILUTED FORM (B)

FIGURE 4: SOLUBILITY STUDY OF ATORVASTATIN CALCIUM IN DIFFERENT COMPONENTS OF MICROEMULSION AND THE OPTIMIZED MICROEMULSION (N = 3)

Table 1:Effect of temperature on stability of the optimized microemulsion formulation (n = 3)

From this study, it can be concluded that the extent of diffusion of Atorvastatin Calcium from the microemulsion formulation is greater than the plain drug solution. The Iso-propyl myristate microemulsion showed a faster Atorvastatin Calcium release, than the plain solution, due to small globule size and the partitioning of drug within the oil phase.

The sustained drug release observed may be due to the practically insoluble nature of Atorvastatin Calcium in water 14.

Overall, the microemulsion formulation showed a higher extent of absorption than the plain drug solution. The sustained profile of drug release observed may be due to the fact that drug is present within the oil phase and hence has a higher partition coefficient.[16]

CONCLUSION: This study demonstrates that the microemulsion formulation can be employed to enhance the solubility of poorly water soluble drugs like Atorvastatin Calcium. The optimized microemulsion formulation containing Iso-propyl myristate (1.5%), Accenon CC (18%), Transcutol P (4%) and distilled water is a transparent and low viscosity system, with a globule size of 57.61 nm. The stability studies confirmed that the optimized microemulsion was stable for six months.

Results from the in-vivo studies revealed that the developed microemulsion formulation possesseda higher rate and extent of absorption, compared to the plain drug solution. The solubility profile of drug indicated that the microemulsion formulation can enhance solubility compared to distilled water (pH = 7.4), which may increase the oral bioavailability of Atorvastatin Calcium.

However, further studies on animals and human being are needed to be performed before this formulation can be commercially exploited.