Following oral administration, Atorvastatin calcium (prodrug), is extensively metabolized to ortho and parahydroxylated derivatives and various beta-oxidation products 1-9. It is available as tablets, nanosuspensions, nanoemulsions for reconstitution before use at a recommended dose of 10, 20, 40, 80mg once daily.

Atorvastatin calcium is water-insoluble, a bitter drug with poor bioavailability of 14% 10-21. Most of the works that appeared in the literature were carried out to improve its solubility and enhance dissolution rate, and as there is no nasal dosage form available, the aim of the research work was to develop nasal drops of Atorvastatin calcium for enhancing bioavailability 22-26.

Analytical Method: A UV Spectrophotometric method based on measurement of absorbance at 246nm in different media (distilled water, pH-6.8 phosphate buffer, pH-5.5 phosphate buffer, propylene glycol) was used for the estimation of atorvastatin calcium. From 1mg/ml methanolic stock solution of the drug, series of dilutions containing 2, 4, 6, 8, and 10 µg/ml of Atorvastatin Calcium was each prepared in the respective media listed above. The absorbance of these solutions was measured against the respective media as blank at 246nm using U.V-Visible double beam spectrometer Elico SL191 (n=3). The method was validated for linearity, accuracy, and precision Table 1.

Physical Appearance: The drug sample was noted for its organoleptic properties.

Melting Point: The melting point of Atorvastatin calcium was determined using scientific melting point apparatus. Few crystals of the compound are placed in a thin-walled capillary tube 10-15 cm long, about 1mm in inside diameter, and closed at one end. The capillary, which contains the sample, and a thermometer are then suspended so they can be heated slowly and evenly. The temperature ranges over which the sample is observed to melt are taken as the melting point.

Fourier Transform Infrared (FTIR) Analysis: The FTIR spectra of pure Atorvastatin were performed on FTIR (Perkin Elmer, Spectrum one, UK) spectrophotometer. About 3 mg of sample and 100 mg of potassium bromide were mixed, compressed into a pellet, and scanned from wave number 400-4000 cm-1.

The drug purity was identified by IR spectroscopy, and characteristic peaks obtained were compared with standard spectra of a pure drug reported in the official monograph. The IR spectrum of the drug sample was in agreement with the standard IR spectra of pure Atorvastatin, see Fig. 1.

Excipient-Compatability Studies by Fourier  Transform-Infrared Spectrophotometer (FT-IR): FT-IR Spectra of Atorvastatin calcium along with solvents such as propylene glycol and excipients such as 1% SLS were performed on FT-IR spectrophotometer scanned from wave number 400-4000 cm-1, see Fig. 2, 3, 4.

Estimation of Saturation Solubility of Pure Drug in Various Solvents by Shake Flask Method: Solubility studies of Atorvastatin calcium (Pure drug) were carried out in pH 6.8 phosphate buffer, pH 5.5 phosphate buffer, Propylene glycol, Glycerol, Sorbitol according to the method described by Higuchi and Connors. The Saturation solubility studies were determined by adding an excess of the drug to 2 ml of respective solvent and were kept in an orbital shaker for 24 h at 37 ⁰C. The solutions were filtered through a 0.45-micron filter, suitably diluted, and UV-Spectrophotometer determined their concentration at 246nm.

Preparation of Solid Dispersions of Atorvastatin calcium with PEG 4000: Physical mixtures of ATC at three different mass ratios with PEG (1:1, 1:2, and 1:3) were prepared in a glass mortar by light trituration for 5 minutes. The mixtures were passed through a sieve (60). The physical mixtures were then estimated for saturation solubility studies in distilled water, pH 6.8 phosphate buffer, pH 5.5 phosphate buffer, and the estimated results were tabulated.

The Saturation solubility studies were determined by adding an excess of solid dispersion to 2 ml of respective solvent and were kept in an orbital shaker for 24 h at 37 ⁰C. The solutions were filtered through a 0.45-micron filter, suitably diluted, and their concentration was determined by UV-Spectrophotometer at 246nm.

Preparation of Inclusion Complexes of Atorvastatin Calcium with β-cyclodextrin: by kneading method: Atorvastatin calcium and β-cyclodextrin (β-CD) in the proportion of 1:1 molar concentrations were mixed in a mortar for one hour with small quantities of methanol; distilled water was added intermittently to get slurry-like consistency. The paste was dried in the oven at the temperature of 45 °C for 24 h. The dried complex was pulverized into a fine powder and sifted with sieve# 80. 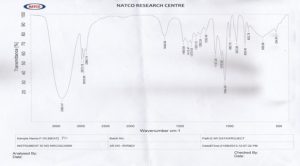 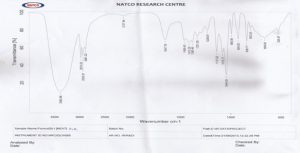 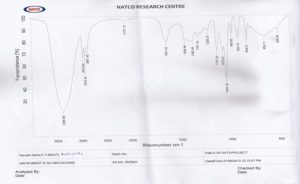 Preparation of Nasal Atorvastatin Calcium Formulations: The nasal Atorvastatin solution (NF1) formulation was prepared by dissolving the pure drug (Atorvastatin calcium) in propylene glycol and then sonicated for about 15 min and then filtered through a 0.45µm membrane filter. Quantity sufficient flavoring agent was added until it masks the odor and the final formulation taken in 5ml container and kept aside for further use. The same procedure is carried out for nasal formulations prepared by using permeation enhancers. The permeation enhancers used in the concentration range of 50mg (1% SLS) in NF2, 50mg (1% tween) in NF3, 50mg (1% SLS) and 5mg (0.1% EDTA), 25mg (0.5% chitosan), 50mg (1% hitosan).

Appearance, Color, and Clarity: The final formulations were checked for Appearance, color, clarity with the naked eye. The prepared formulations must be clear and free from particulate matter or any turbidity.

pH: The nasal formulations' pH was determined by using a Digital pH meter.

Drug Content (Assay): Nasal drops are assayed by spectrophotometric analysis. Each formulation (2 drops) was taken in a 100 ml volumetric flask and diluted with propylene glycol. The solution was filtered through Whatman filter paper, and the filtrate was further diluted if necessary with propylene glycol. Drug content is determined using at specific wavelength on UV visible Spectrophoto-meter at 246 nm.

Data Treatment: The permeation of Atorvastatin from nasal preparations was investigated. The cumulative amount-time profiles were plotted. A linear profile (steady state) was observed during 1hr period and the slope of the linear portion of the curve was determined by linear regression. The effective permeability coefficients and flux values at steady state were calculated from the slope according to Eq. 1 and 2, respectively.

Results are expressed as the mean ± SD from at least six measurements.

TABLE 4: PREPARATION OF SOLID DISPERSION OF ATORVASTATIN CALCIUM WITH peg 4000 AND EVALUATION OF SATURATION SOLUBILITY IN VARIOUS SOLVENTS

From the solubility data β-CD complex of the drug, it was various aqueous and non-aqueous media it was concluded that there was no appreciable solubility enhancement.

TABLE 5: PREPARATION OF INCLUSION COMPLEX OF ATORVASTATIN CALCIUM WITH β-CD AND EVALUATION OF SATURATION SOLUBILITY IN VARIOUS SOLVENTS

pH: The prepared six nasal solution formulations pH was determined. NF1 to NF6 formulations are maintaining pH within the range of 5.5-6.5 as per the nasal requirements see Table 7.

Drop Volume: 5ml of the nasal formulation was counted for a number of drops. For the 5ml formulation, 107 drops were estimated. Each drop having 0.046 ml drop volume for all the six formulations see Table 7.

In-vitro Permeation Studies: In-vitro permeation studies were conducted on final nasal formulations. The experimental results of in-vitro data showed 95% drug release for about 60mins from NF1 to NF2. 85% drug release for about 6.min from NF3 to NF4, 82% for NF5, 72% for NF6 formulation. And the profiles of in-vitro permeation of Atorvastatin from non-aqueous nasal solution through the synthetic membrane were given in a linear relationship were obtained for all the six non-aqueous nasal formulations. Additionally, the data is treated for calculating the in-vitro flux and permeation rate. The treated data showed the in-vitro flux of the drug from the formulations found to be smooth and continuous for during one hour period. The average flux values for NF1, NF2 found to be 0.067 and 0.0117 Table 8.

TABLE 11: DEVELOPMENT OF TLC METHOD AFTER 3 WEEKS OF STABILITY CONDITIONS

Finally, it was concluded that the major objective of the study was achieved. The formulation was found to be stable.

ACKNOWLEDGEMENT: The authors are grateful to Natco Pharma Ltd, Kothur, Hyderabad, for providing a gift sample of Atorvastatin Calcium and for conducting Osmolality studies.