ABSTRACT: Indibulin (N-(pyridin-4-yl)-[1-(4-chlorbenzyl)-indol-3-yl]-glyoxyl-amid; ZIO-301 or D-24851) is a novel synthetic, orally active anti-mitotic agent that binds tubulin, destabilizes microtubulin polymerization, and arrests tumor cell growth at the G2/M phase. Its tubulin binding site is distinct from that of other microtubulin inhibitors such as taxanes, colchicines, and vinca alkaloids. Many researchers were motivated by this achievement of vinblastine and vincristine (vinca alkaloids) and developed the indole-based new anticancer chemical entities. Indole containing anticancer molecules has shown their anticancer properties through the diverse mechanism of action. The majority of the synthetic indoles have a structural analogy to natural anticancer products (vinca alkaloids or combretastatin) and exhibited anticancer activity through tubulin interactions. The indole ring system is an essential part of many tubulin inhibitors identified in recent years. The Substituted 2-Phenyl-1H-Indol-3yl Glyoxylamidewere was computationally designed and energy minimized. All the designed compounds show zero violations of the rule of 5, which indicates drug-likeness properties and good bioavailability. Among these, several aryl/ heteroaryl substituted indolylglyoxyamides have shown good inhibition towards tubulin polymerization.

INTRODUCTION: Cancer is a broad term. It describes the disease that results when cellular changes cause the uncontrolled growth and division of cells. Some types of cancer cause rapid cell growth, while others cause cells to grow and divide at a slower rate. Certain forms of cancer result in visible growths called tumors, while others, such as leukemia, do not. Most of the body’s cells have specific functions and fixed lifespans.

While it may sound bad, cell death is part of a natural and beneficial phenomenon called apoptosis. A cell receives instructions to die so that the body can replace it with a newer cell that functions better. 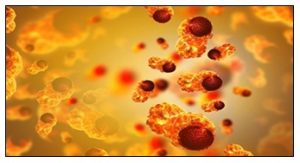 FIG. 1: CANCER COMES FROM OVERPRODUCTION AND MALFUNCTION OF THE BODY'S OWN CELLS

Cancerous cells lack the components that instruct them to stop dividing and to die. As a result, they build up in the body, using oxygen and nutrients that would usually nourish other cells. Cancerous cells can form tumors, impair the immune system and cause other changes that prevent the body from functioning regularly. Cancerous cells may appear in one area, then spread via the lymph nodes. These are clusters of immune cells located throughout the body.

Microtubules: Microtubules were first introduced into clinical use in the late 1950s. Fundamentally, MTAs induce mitotic arrest through interference with intracellular transport and suppression of microtubule dynamics, resulting in cytotoxicity Fig. 2. 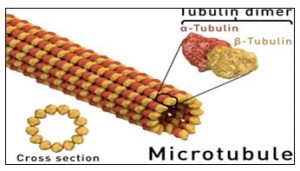 Functions of Microtubules: Microtubules are involved in a number of cellular processes, such as the maintenance of cell shape, division and migration, intracellular transport, and endothelial cell biology. They play a crucial role in the assembly of the spindle apparatus and the right segregation of chromosomes. Their crucial involvement in the formation of mitotic spindles during cell division makes them an attractive target for cancer therapy.

Mechanism of Action: Tubulin dynamics is a promising target for new chemotherapeutic agents. The colchicine binding site is one of the most important pockets for potential tubulin polymerization destabilizers. Colchicine binding site inhibitors (CBSI) exert their biological effects by inhibiting tubulin assembly and suppressing microtubule formation. A large number of molecules interacting with the colchicine binding site have been designed and synthesized with significant structural diversity. CBSIs have been modified as to chemical structure as well as pharmacokinetic properties and tested in order to find a highly potent, low toxicity agent for treatment of cancers. Drugs that disrupt microtubule/tubulin dynamics are used widely in cancer chemotherapy. The vast majority of these molecules act by binding to the protein tubulin, an α, βheterodimer that forms the core of the microtubule. Microtubule targeting agents (MTA) are also named anti-mitotic agents, which perturb not the only mitosis but also arrest cells during interphase. MTAs interact with tubulin through at least four binding sites: the laulimalide, taxane/ epothilone, vinca alkaloid, and colchicine sites Fig. 3. 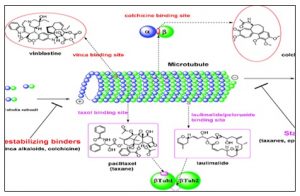 Similar to paclitaxel, Laulimalide can promote the tubulin-microtubule assembly but binds to a different site on the microtubules 1. Taxanes, including paclitaxel and docetaxel, bind to polymerized microtubules at the inner surface of the β subunit, and are widely used in the treatment of lung, breast, ovarian and bladder cancers. Taxanes promote tubulin stabilization, thereby interfering with tubulin dynamics. Vinca alkaloids, including vinblastine, vincristine, and vinorelbine, promote the depolymerization of microtubules. They generally bind with high affinity to one or a few tubulin molecules at the tip of microtubules but do not copolymerize into microtubules. Indeed, vinblastine prevents the self-association of tubulin by interacting at the interface between two αβ-tubulin heterodimers 2. The fourth group of microtubule interfering agents is represented by colchicine, which also induces microtubule depolymerization. In contrast to agents binding to the other three sites, colchicine binds with a high affinity to tubulin that can become copolymerized into microtubules. Colchicine binding to β-tubulin results in a curved tubulin dimer and prevents it from adopting a straight structure due to a steric clash between colchicine and αtubulin, which inhibits microtubule assembly 3. Given the success of the taxanes and vinca alkaloids, which have established tubulin as a valid target in cancer therapy, research efforts have been focused on developing colchicine-like compounds for cancer treatment.

Indibulin: Indibulin is a derivative of Indole-3-glyoxylamide.The ZIOPHARM ONCOLOGY, in its annual meeting which was held in Chicago on June 03, 2007, announced the presentation of interim Phase I data. Dr. RL. Oostendorp Indibulin from the department of Medical Oncology, The Netherlands Cancer Institute, presented the poster entitled “Phase I and pharmacological study of orally administered indibulin in advanced solid tumors” Indibulin is a novel, oral synthetic anti-mitotic agent related to but with a different mechanism than other tubulin-binding drugs that include the widely used taxanes and the vinca alkaloids. D-24851 destabilizes microtubules and blocks cell cycle transition, specifically at the G2-M phase. 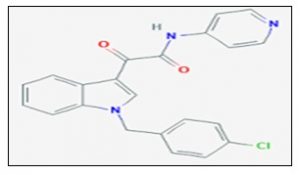 Indole Nucleus in Anticancer Research: Indole analogs are one of the most widely distributed heterocyclic nitrogen compounds in nature, having biological significance. Due to their biological importance, they continue to attract medicinal chemists to find indole-derived new pharmaceutical agents. The indole ring system is present in various marketed drugs. This ring system represents one of the essential parts of various drugs found in natural, semisynthetic, and synthetic molecules with diverse pharmacological activities. Due to the pharmacological importance of the indole ring system, it has become a privileged building block for the pharmaceutical industry and academic research drug discovery centers.  More often, indoles have been used as drugs for diseases related to the CNS, but in recent years researchers have been trying to develop indole-based drugs for cancer  Discovery of vinca alkaloids in the 1950s as anticancer agents was a major breakthrough in indole-based cancer chemotherapy vincristine and vinblastine are among the earliest anticancer drugs being recognized as tubulin inhibitors. Intensive research in identifying new indole-based tubulin polymerization inhibitors will continue to dominate the synthetic efforts of many medicinal chemists working in the field. Large numbers of indole derivatives have been developing as tubulin inhibitors each year. Based on this, substituted 2-Phenyl-1H-Indol-3yl Glyoxylamide were computationally designed and energy minimized. All the lead representative molecules are designed and developed as tubulin polymerization inhibitors. 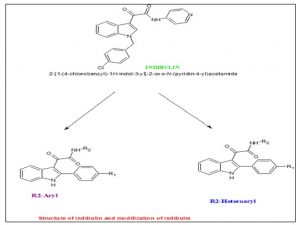 The computational modeling studies relied upon the PACTH DOCK for docking simulations. These simulations were performed using the X-ray structure of the PDB ID. All the water molecules in the crystal structure were deleted, bond orders were assigned, hydrogens were added and the protein was then further refined for docking studies.

Preparation of Protein: A typical PDB structure file is made up of heavy atoms and includes a co-crystallized ligand, water molecules, metal ions, and cofactors.

Structures that are multimeric may need to be reduced to a single unit. PDB structures may have some missing information on connectivity that must be assigned with bond orders and formal charges

Rational Drug Design: Indibulin is a new generation of anticancer compounds with anti- mitotic properties. Unlike many anti-mitotic agents, it does not exert peripheral neuropathy.

CONCLUSION: A series of new appropriately N-aryl/heteroaryl-2-aryl indol-3- ylglyoxylamides were computationally designed and energy minimized. The molecular properties were calculated from suitable computational tools. These ligands were investigated for drug-like properties by calculating Lipinski’s rule of five using molinspiration. All of the derivatives showed zero violations of the rule of 5, which indicates good bioavailability.

These compounds were docked into the active site of tubulinpolymerase (PDBcode-1SAO) using patch dock software, which showed good binding energy for the enzyme compared with the binding energies of indibulin (403 kcal/mol.) Among all the designed ligands, the ligand glyoxylamide side chain contains sulphanillic acid, sulphanilamide, and 5-memebered heterocyclic derivatives showed maximum enzyme inhibitory activity compared to the indibulin. The substituted phenyl ring at C-2 position of indoleglyoxylamide skeleton may enhance their binding energy. According to the docking study, the identified lead moiety showed better binding energies (-389.80 to 471.83) when compared to the standard. In the 3-glyoxyl-2phenylindole derivatives, the most potent derivative were as active site as colchicine, and they strongly inhibited the cell growth

Future Studies: Synthesis of lead compounds to perform the spectral characterization of the lead molecule. To perform the comparative study of derivatives containing aromatic amines and hetrocyclic amines. To perform the anticancer, antioxidant and antimicrobial activity.

ACKNOWLEDGEMENT: Authors are thankful to the management of Grace College of Pharmacy, Palakkad, Kerala, for carrying out the studies in the medicinal chemistry and research laboratory.

CONFLICTS OF INTEREST: The authors declare that there are no conflicts of interest regarding the publications of this paper.