ABSTRACT: Blood Pressure (BP) is defined as the product of the cardiac output (CO) and Total Peripheral Resistance (TPR).Hypertension is defined by persistent elevation of arterial blood pressure. Any drug that is indicated for decreasing/normalizing the elevated blood pressure is considered as an Anti-Hypertensive drug. Objective: To assess the utilization pattern of anti-hypertensive agents in the General Medicine department of  The Oxford Medical College, Hospital and Research Center, Bangalore. Methodology: The study was Simple Prospective Observational study which was carried out for a period of six months. Results: In the study period, 200 hypertensive cases were collected. Of these, 134 (67%) were males and 66 (33%) were females who underwent anti-hypertensive therapy. Among the various anti-hypertensive drugs, only 6 major classes were used in the study sample. They were Diuretics (Ds), Calcium Channel Blockers (CCBs), Angiotensin Receptor Blockers (ARBs), Beta Adrenergic Blockers (BABs), Alpha Adrenergic Blockers (AABs) and Angiotensin Converting Enzyme Inhibitors (ACEIs). Diuretics were used the highest in 112 (40.14%) prescriptions and AABs in 7 (2.50%) prescriptions being the least. Conclusion: Among diuretics, Furosemide was the most frequently utilized anti-hypertensive drug (30.95%) and Ramipril was the least utilized drug (1.36%). Evaluation of utilization of anti-hypertensive agents and implementation of effective strategies can greatly aid in improving the quality use of anti-hypertensive agents.

Pathophysiologically, hypertension can be classified into two main groups.

A Drug Use Evaluation (DUE) or Medication Use Evaluation (MUE) program is a planned, criteria-based systematic process for monitoring, evaluating, and continually improving medication use, with the ultimate aim of improving medication-related outcomes for a group of patients or consumers. The improvement process of MUE has its application in all settings where pharmaceutical care is provided. Pharmacists play a major role in the overall process of a DUE program because of their experience in the area of pharmaceutical care. Due affords the pharmacists the opportunity to identify the trends in prescribing in patients such as those with asthma, diabetes, or high BP. Pharmacist then along with the physician and other health care teams take required action to improve the drug therapy.3 Regular evaluation of the antihypertensive prescribing patterns are essential these days due to the growing epidemic of hypertension, increasing number of new antihypertensive drugs and the increasing number of drug combinations that are introduced into the market each year together with alteration in guidelines. 4 The current study aims at study of antihypertensive drug utilization pattern in tertiary care hospital.

In this study, 200 cases were collected in which antihypertensive drugs were administered for various indications. The study was Simple Prospective Observational study which was carried out for a period of six months (July to December, 2014) at The Oxford Medical College, Hospital and Research Centre, Bangalore - 560068. The patients were involved in the study based on inclusion and exclusion criteria. In this study, the type of antihypertensive drugs mostly administered to patients whether single or in combination was evaluated. The gender, age of the patients, type of anti-hypertensive prescribed were analyzed and reported. 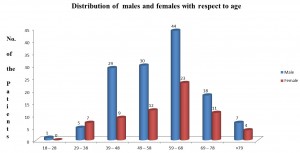 FIG. 1: DISTRIBUTION OF MALES AND FEMALES WITH RESPECT TO AGE 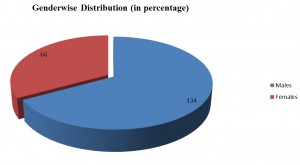 Fig. 4. gives a pictorial representation of comparative preference of various types of antihypertensive therapies at the medical care hospital. 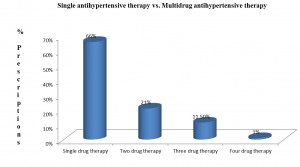 TABLE 5: PATTERNS OF USE OF ANTIHYPERTENSIVE COMBINATION THERAPY AMONG HYPERTENSIVE PATIENTS 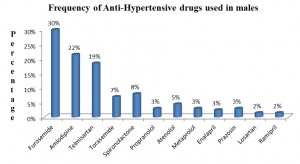 DISCUSSION: A total of 200 case sheets were collected of which the percentage of males with hypertension was 67% (134 patients) whereas that of females was 33% (66 patients).

Among the 200 patients, 133 patients received monotherapy the same observation was noticed in the study conducted by Jeschke E. 5 and other 67 patients received a combination therapy. Diuretics constitute the most frequently prescribed antihypertensive drug class in this study. The most prevalent combination of drug was a two drug therapy of ARB+CCB which was found to be 16.41%. The results are in different to study conducted by Anand Kale where diuretic with angiotensin receptor blocker (29.5%) and beta blocker with calcium channel blocker (22.1%) were the most commonly prescribed combinations. 6 The JNC 7 report recommends that in the absence of any specific indications, a diuretic or β-blocker should be selected as the initial therapy for hypertension.7In another study shahJ et al where CCB was second most frequently prescribed drug followed by beta blocker and diuretic.8 Among all diuretics, Furosemide was the most commonly prescribed anti-hypertensive drug. Almas A et al., conducted at tertiary care hospital shown that Calcium Channel Blocker- Amlodipine is the most commonly used antihypertensive monotherapy.9

The average number of antihypertensive medicines prescribed per prescription is only 1.4 in our study, which is in proximity to 1.9 as reported earlier.10 The prescribing pattern of antihypertensives in the medical care hospital seems to be in compliance with JNC 7 guidelines.

The mean age group of the 200 patient case sheets collected, was found to be 57.9 years it was similar to another study.11 Total number of different anti-hypertensive agents used was 12. Seven out of twelve drugs (58.33%) were found in the WHOList of Essential Medicines. Among the 200 case sheets, 22% involved administration of anti-hypertensive drug through IV route.

Further research is needed to qualify rationale for choice of drug based on demographic data, economic status, concomitant conditions and complications to give additional insight into prescribing patterns of antihypertensive agents in India.

CONCLUSION: As there is a strong epidemic rise in hypertension in our country, the present prospective study was carried out to assess the current trends in utilization patterns of antihypertensive drugs in the treatment of hypertension. In this study, post analysis of 200 case sheets, denoted that the physicians preferred single drug therapy more than multiple drug therapy and the most frequently prescribed class was Diuretics class of anti-hypertensive agents. Among diuretics, Furosemide was the most frequently utilized anti-hypertensive drug. The most prevalent combination of drug was a two drug therapy of ARB + CCB which was found to be 16.41% followed by ARB + D (11.94%). The importance of educating hypertensive patients is appreciated by pioneering clinicians to keep themselves abreast of the latest development in the field of hypertension treatment would also contribute in the effective management of hypertension. The treatment of hypertension keeps changing and newer drugs are being added at a rapid pace. It is recommended that regular continuing educations should be provided to prescribers on rational use of drugs in hypertension and comorbid conditions.

ACKNOWLEDGEMENT: My greatest regards to God and my beloved partners for their manual, strength and help for everything place. I express my sincere thanks to department of pharmacy practice of the Oxford College of Pharmacy, Bangalore. I sincerely thank to my best friend Anudeep Manne.