ABSTRACT: Introduction: Hypertension, is a global public health issue. It is a significant contributor to rising morbidity and mortality because of its associations with cardiovascular, renal and cerebrovascular complications. Given the prevalence and impact of the disease on health care a drug utilization study becomes essential to determine the current drug utilization pattern. Materials and Methods: 127 patients of hypertension coming to the OPD of medicine of King George’s Medical University were enrolled in the study after screening and giving consent. The data from the prescription of the drugs were recorded in pre-specified case record forms and analyzed for drug utilization parameters. Results: The average number of drugs encountered per prescription was 4. Whereas prescriptions with the generic name were 38% and drugs from an essential drug list were found to be 74%. The most commonly prescribed antihypertensive group was calcium channel blocker (25.1%) in monotherapy followed by angiotensin receptor blocker (21.2%). In combination therapy, the most commonly prescribed combination was found to be calcium channel blocker + angiotensin receptor blocker (17.3%). The drugs were prescribed in doses either equal to or less than the WHO DDD prescribed except telmisartan which was prescribed in a higher dose. A major finding was decreased in the angiotensin-converting enzyme inhibitor prescription and rise in angiotensin receptor blocker. Conclusion: Results of our study showed a lower rate of polypharmacy reporting and adherence to a national essential list of medications. The drugs being prescribed also fell well within the WHO recommended Daily Defined Dose (DDD).

INTRODUCTION: Hypertension is a global public health issue. It is a significant contributor to rising morbidity and mortality because of its associations with cardiovascular, renal and cerebrovascular complications.

As per the DHLS 4 report, the prevalence of hypertension in India is estimated to be around 25% 1. In terms of attributable burden of disease high blood pressure (BP) is ranked as the third most important risk factor in South Asia 2. Rational prescription and burden of hypertension thus become mandatory to be estimated to know the current patterns.

In the context of an individual patient the rational use of drug prescription which is documented according to the standards must assure the use of a drug at a correct dose, with correct information and at costs which can be availed easily by the population without any economic burden. Drug auditing studies can also be benefited from such drug utilization studies.

A drug utilization research of various treatment alternatives being prescribed to the patients coming to the medicine OPD. The study aims at evaluating the drug utilization of antihypertensives and antidiabetic medications which will help paint a clearer picture of the overall qualitative and quantitative use pattern of drugs.

The diagnosis of hypertension was confirmed prior to enrolment. Patients were allotted a unique patient identification number for ease of follow up. On the first visit, a case record form (CRF) designed as per the study protocol was filled according to the prescription of the patient (which includes patient demographic details, treatment charts, and investigation reports of patients of medicine). Charting of blood pressure was also done on the first visit. The patient medication chart was recorded every follow-up visit and at 3 months for keeping a record of prescriptions and improvement in terms of clinical parameters. If any serious interaction was observed, health care professional for necessary modifications was informed.

Statistical Analysis: Data was entered in the MS Excel spreadsheet and analyzed. Categorical variables were presented in number and percentage (%) and chi-square test (χ2) was applied to establish statistical significance. Drug utilization indicators in the study used were:

Drug Utilization Indicators: On the basis of WHO core prescribing indicators. Data were expressed according to a number of encounters and percentage frequency.

DDD/1000 patients/day was calculated by applying the following formula:

RESULTS: Out of 127 patients diagnosed with hypertension, 56 patients had concomitantly been diagnosed with diabetes mellitus type 2. Number of males in the study was 69 (60.06%) and females were 50 (39.3%). The most common age group affected was 51 - 60 years. 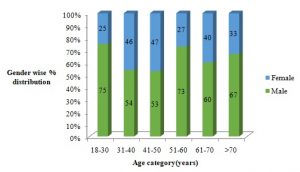 FIG. 1: DEMOGRAPHIC CHARACTERISTICS OF THE PATIENTS

Out of a total 127 (58.79%) hypertensive, 56 (25.92%) had both hypertension and diabetes. Concomitant medical diseases were present in 67 patients (31.01%). These included COPD, hyper-lipidaemia, chronic alcoholic liver disease, thyroid abnormalities and insomnia. 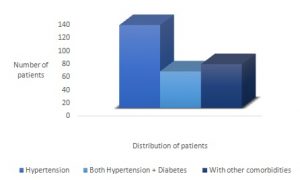 FIG. 2: DISEASE CHARACTERISTICS OF THE PATIENTS

Drug Use Indicators: In this study, the WHO drug utilization indicators were analyzed. The average number of drugs encountered per prescription was 4. Whereas prescriptions with the generic name were 38% and drugs from an essential drug list were found to be 74%. During the study, indicators of patient care such as mean consulting time were found to be 5.6 min and the availability of key drugs in the hospital was scarce.

Pattern of Drug Therapy of Antihypertensive Medications: Out of a total of 127 patients with hypertension prescriptions, monotherapy was found in 59.1% prescriptions whereas 40.9% of the patients were prescribed either dual therapy or more than 2 drugs.

The utilization pattern of different antihypertensive drugs according to the type of therapy i.e., monotherapy, dual therapy, and triple therapy is shown in the table below. 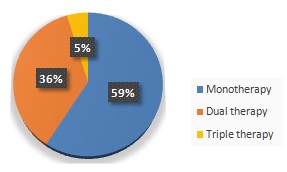 FIG. 3: DISTRIBUTION AS PER NUMBER OF ANTIHYPERTENSIVE DRUGS PER PRESCRIPTION

Types of Antihypertensive Medications Prescribed According to their Classes: Most commonly prescribed antihypertensive group was calcium channel blocker (25.1%) in monotherapy followed by angiotensin receptor blocker (21.2%) and beta-blockers (16%).

TABLE 3: TYPES OF ANTIHYPERTENSIVE MEDICATIONS PRESCRIBED ACCORDING TO THEIR CLASSES 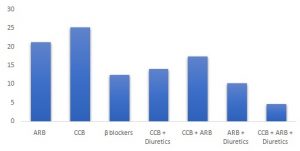 FIG. 4: TYPES OF ANTIHYPERTENSIVE MEDICATIONS PRESCRIBED ACCORDING TO THEIR CLASSES

Utilization of various antihypertensive medications on the basis of their average daily dose prescribed and DDD/1000 patients/day has been presented in the table below. According to our study all drugs were prescribed in doses either equal to or less than the WHO DDD prescribed except telmisartan which was prescribed in a higher dose.

Teneligliptin could not be compared as the DDD, and the WHO ATC code is not available.

Assessment of Drug Utilization of Anti-hypertensive Based on Drug Use Indicators: Drug utilization as per pre-defined indicators of world health organization (WHO) in our studies showed an average number of drugs per prescription in hypertensive patients to be 4 and average number of antihypertensive to be 1.34. The percentage of drugs prescribed by their generic name was 38% and drugs prescribed from the national essential drug list (NELM 2015) was 87% which is in accordance with WHO norms which require 80 - 100% of the drugs to be from the EDL 5.

Assessment of Drug Utilization Based on Pattern and Class of Antihypertensives: In our study, the pattern of drug utilization based on the class of antihypertensives being employed indicated most commonly prescribed drug as monotherapy to be calcium channel blocker which was 25.1%, followed by angiotensin receptor blockers (ARBs) which were 21.2% and beta-blockers which were prescribed in 12.55% of the patient. According to a study done by Vummareddy et al., 10 utilization of antihypertensive drugs was maximum for CCBs which was 49.81% followed by beta-blockers which was 12.7%. A similar finding was found in a study by Behanan et al., 11 where maximum prescriptions encountered were CCBs accounting for 33%, followed by ACE Inhibitors and ARBs which were 22% and 9%. In accordance with similar finds were results of a study done by Gu et al., 12 the use of angiotensin receptor blockers has increased by 100%. Ramadas et al., 72 mentioned calcium channel blocker as the most commonly prescribed class of drugs both as monotherapy and overall with 36.4% and 42.8%.

According to Behanan et al., 11 monotherapy was prescribed in 72% of the patients followed by dual therapy 22% and triple therapy 6%. Studies conducted by Sharma et al., 13, Tandon et al., 14 and Konwar et al., 15 also showed a preference for single therapy over combination therapy. This reason for inclination towards prescribing monotherapy was to achieve target goal blood pressure before stepping up for dual combination therapy which is in accordance with the JNC VIII guidelines. The results of our study are in favour of the findings of most of the studies performed in India to define the prescription pattern and drug utilization with context to the most commonly used class of antihypertensive utilized as a calcium channel blocker.

Though, the second most commonly used class of drugs was found to be ARB which was, in contrast, to find of above-mentioned study. Caceres et al., 16 and Xu et al., 17 which show a consistent increase of ARBs and CCBs. were utilized.

The prescription pattern in our study clearly shows an inclination towards angiotensin receptor blocker (ARBs) in comparison to angiotensin-converting enzyme inhibitor (ACEIs). This shift might be to avoid inadvertent side effects associated with ACEI. The increase in trends of the similar prescribing pattern has been seen in earlier studies. A high proportion (40.9%) of patients being prescribed combination antihypertensives was observed to achieve adequate control even as first-line option in certain patients. This can be explained by previous studies Wald et al., 18 and Burnier M. 19 which mention a significant improvement in blood pressure management of 2- 5 times as compared to mono-therapy.

CONCLUSION: Results of our study showed a lower rate of polypharmacy reporting and adherence to national essential list of medications. The drugs being prescribed also fell well within the WHO recommended Daily Defined Dose (DDD). The study might provide a framework for larger sample studies conducted across multiple sites. The data can generate drug utilization data which can be used for hospital formularies and achieve more sustainable, accessible health care delivery.

ACKNOWLEDGEMENT: I would like to express my gratitude to the faculty and staff of department of Medicine and department of Pharmacology and Therapeutics, K.G.M.U., Lucknow for their cooperation and support.