ABSTRACT:There are various drugs used in daily life. Some of them show hazardous effect on various organs and some of them shows even lethal effect. Such drugs are required to banned. One of them is Etizolam   (marketed  under  the  brand  name  Sedekopan, Pasaden or Depas)  is a drug   which is a thiebenzothiodiazepines  analog. The aim of this work is done to compare the effect of administration of the etizolam drug at (Zero-day) before incubation and at the (5-day) first week of incubation, to get an idea about the extent of the teratogenic effect of this drug on the development of chick embryo. So that morphological and biochemical studies were done on the chick embryo of 8- and 16-days old chick embryos treated with (0.5mg/ml egg) of etizolam on the (zero and 5-th days) of incubation. Etizolam caused abnormality in concentration dependent manner. Enlarged remains of primitive streak was seen at 0.1mg/ml and o.3mg/ml concentration of Etizolam embryo dies. Etizolam inhibit development of somites of the development of 5-day at of incubation also it does not allow the development of notochord. The toxic effects of the drug was seen also more at 16-days treated chick embryos and the drug induced death of chick embryo at  both 8- and 16-days treated with 0.1mg/ml and o.3mg/ml. The conclusion from this study was the etizolam drug has dangerous effects on tissues and with powerful toxicity on the cells, because the drug absorbed rapidly with peak plasma levels achieved between 30 minutes and 2 hours and has a mean elimination half life of about 3 and a half hours.

Etizolam   (marketed under the brand name Sedekopan, Pasaden or Depas) is a drug   which is a thiebenzothiodiazepines analog. The etizolam molecule differs from most other benzodiazepines in that the benzene ring has been replaced by a thiophene ring. It possesses amnesic, anxiolytic, anticonvulsant, and hypnotic, sedative and skeletal muscle relaxant properties 2.

Etizolam a thienodiazepine benzodiazepine derivative, is absorbed fairly rapidly with peak plasma levels achieved between 30 minutes and 2 hours and has a mean elimination half life of about 3 and a half hours. However, its pharmacologically active metabolite alpha-hydroxyetizolam which has the same potency as etizolam is eliminated more slowly with a mean half life of just over 8 hours. So, it can be classified as a short-medium action benzodiazepine.

Etizolam belongs to a new class of diazepines, thienotriazolodiazepines 3. This new class is easily oxidized, rapidly metabolized, and has a lower risk of accumulation, even after prolonged treatment. Etizolam has an anxiolytic action about 6 times greater than that of diazepam. Etizolam produces, especially at higher dosages, a reduction in time taken to fall asleep, an increase in total sleep time and a reduction in the number of awakenings 4, 5.

During tests there were not substantial changes in deep sleep. There is a reduction of REM sleep. In EEG tests of healthy volunteers Etizolam showed some characteristics of tricyclic antidepressants. Etizolam is a drug of potential abuse 6, 7. Etizolam has been shown to be able to substitute for the behavioral effects of barbiturates in primate studies. It has been used in cases of suicidal benzodiazepine overdose. An overdose of etizolam can prove fatal 8, 9.

This study has been conducted to investigate the toxic effects of treatment by etizolam drug on development of chick embryos.

The Etizolam having concentration as 0.5mg/ml and 1 ml injected into group of eggs and all study was done under aseptic conditions. An egg at the fourth stage of development is opened by tapping round the broad end with the handle of a scalpel. The thick albumen is removed with blunt forceps, some of the thin albumen is poured into a container to be kept for later use and the yolk remaining albumen is poured into a wide dish containing sufficient Panett & Compton's saline to cover the yolk completely 3-5 cm is a convenient depth. At this stage any thick albumen still adhering to the vitelline membrane must be removed with forceps. If the embryo is not on upper side, then the yolk is gently turned until the embryo is brought to that position. A watch-glass is placed in the dish ready to receive the blastoderm. The vitelline membrane is then cut with scissors along a line passing slightly above the equator of the yolk. The cut edge of the membrane is seized with a pair of fine forceps in each hand and gently peeled off the surface of the yolk. With care the circle of membrane can be obtained almost completely free of yolk and with the blastoderm attached to it 10, 11.

The membrane is pulled through the saline to the watch-glass and placed in it with the blastoderm side uppermost. It is convenient to place the one glass ring on top of it at this stage as it keeps the membrane from drifting and the watch-glass with contents can then safely be transferred to a Petri dish. The floor of the Petri dish is covered with water and cotton wool and acts, as in the clot techniques, as a moist chamber. Saline is pipette off until the upper part of the ring appears above the surface. The free edge of the vitelline membrane is folded inwards and gently pulled until the membrane forms a fairly flat surface. Care should be taken not to pull the membrane so tight that the blastoderm is distorted.

Any small wrinkles left in the membrane at this stage can be ignored, as they tend to disappear shortly after the preparation has been returned to the incubator and the membrane then forms a perfectly smooth  Rings of internal diameter 28 mm and external diameter 33 mm are a useful size. Larger rings can be used, but freeing correspondingly greater areas of vitelline membrane from the yolk introduces extra technical difficulties 12, 13. The edge of the membrane can now be trimmed with scissors. All but a few drops of saline are removed from above it (the blastoderm should appear thoroughly moist but it is most important to avoid leaving a pool of saline over it). The saline under the membrane is replaced with thin albumen.

Seal petriplates with parafilm and incubate for 24 hrs. Transfer the embryo to new plate and Bouin’s fixative to it. Keep it for 2-3 days and after fixation is over wash embryo under running tap water overnight. Wash embryo in 30% ethanol for 3-5 min and then wash in 50% ethanol for 3-5 min. Stain with hematoxylin and eosin stain. Clear in xylene for 30 seconds to 1 min and mount in DPX 14. 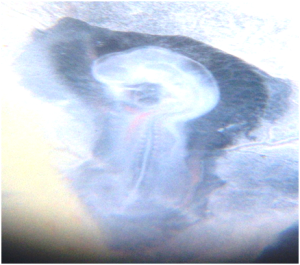 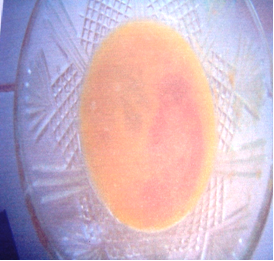 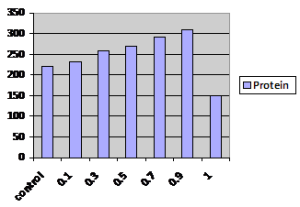 DISCUSSION: Etizolam is anti-depressant drug of choice. Etizolam has been to cause abnormality in concentration dependent manner. The study shows that as drug concentration increases. Neural tube formed, Somites inconspicuous, Enlarged remains of primitive streak was seen at 0.3mg/ml. At 0.1mg/ml embryo dies. 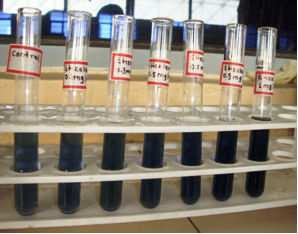 CONCLUSION: There is wide range of drugs routinely used. Some of them may be hazardous to human beings & animals. These drugs may cause lethal side effects. We study the some of these drugs on drugs on chick embryo as model organism and found that these drugs are really hazardous.

As this study is on chick and how this relates with humans is that in the human being or any mammal developing egg attaches itself to the wall of birth canal. The placenta cover inner surface of womb. The placenta is infiltrated with blood vessel developed embryo while womb infiltrated with blood vessel develops by mother. There is so actual flow of blood from mother to embryo. However, glucose, oxygen and other material diffuse from mother blood into that of developing embryo.

The injected chicks received the drug directly from yolk so chick was sure to receive the drug on the other hand mammalian embryo dose not receive a drug taken into mother body unless it will diffuse from the mother blood into that of embryo. Therefore through this study of drug and its mode of action it can be predicted whether or not this drug will reach the mammalian embryo the drug that reach will have effect on embryo