ABSTRACT:  In diabetes, infertility is a common complication in diabetic men and experimental animals. The aim of this study was to investigate the protective effect of methanolic leaf extract of Clerodendrum infortunatum (MECI) on programmed cell death in the testicular damage resulting from streptozotocin (STZ) induced diabetes in rats. Diabetes was induced by a single intraperitoneal injection of STZ (50 mg/kg), and the rats were treated with MECI (250 mg/kg and 500 mg/kg) administered once a day orally for 28 days, starting 3 days after the STZ injection. Blood glucose were checked in diabetic induced animals. At the end of the study, all animals were sacrificed. Testis tissues were collected for the assessment of sperm parameters, and for biochemical and histopathological analysis. The MECI-treated rats in the diabetic group showed an improved blood sugar, histological appearance, sperm parameters and program cell death. These results suggest that methanolic leaf extract of Clerodendrum infortunatum  is a  potentially beneficial in reducing testicular damage in diabetic rats.

INTRODUCTION: Every disease has a cure, according to traditional beliefs. Diabetes is a chronic non-communicable disease exposes the limitations of biomedical medicine and motivates people who subscribe to these widely held beliefs to turn to traditional healers. Traditional medicine refers to practices and approaches that apply – separately or in combination – plant-, animal- and mineral-based medicines, spiritual therapies, manual techniques and exercises to diagnose, prevent and treat illnesses, or maintain or enhance well-being. Millions of people around the world use traditional medicine to help meet some of their primary healthcare needs. In industrialized provoke the ‘entrance’ of diabetes into a family 1.

Diabetes mellitus (DM) is a degenerative disease. It is classified as insulin dependent Diabetes melitus (Type-I) and insulin independent Diabetis mellitus (Type-II).First one is due to destruction of  beta cell in pancreatic islet, which are responsible for insuline synthesis. Alteration of carbohydrate metabolism occure in diabetes, that affects male reproductive function at multiple levels 2, 3.

Lastly it causes impairing penile erection and ejaculation. In diabetes, infertility is a common complication in diabetic men and experimental2, 3, 4, 5, 6. Due to oxidative stress and peroxidative damage are believed to be the most influential harm causing factors in infertility of diabetic patients. In insulin-dependent diabetes mellitus (type 1 diabetes mellitus - DM) in both humans and animals lead to decrease of testicular weight, structural and ultrastructural changes in the spermatogenic process. These changes are mainly due to the loss of germ cells by apoptotic cell death, low testosterone and lack of insulin 7, 8. In diabetic animals, histopathological and histomorphometric alterations occure in seminiferous tubules 9, 10. Diabetes increases apoptosis in testicular germ cells either in mice or rats 11.

The primitive man used herbs as therapeutic agents and medicament, which they were able to procure easily 8. Recent discovery and advancement in medicinal and aromatic plants have lead to the enhancement of health care of mankind. Clerodendrum infortunatum (family- Lamiaceae) having different pharmacological activities such as antimicrobial, anthelmintic, hepatoprotective, anticonvulsant, wound healing, analgesic activities of their different parts. The treatment effects of C. infortunatum in preventing from complications of diabetes on reproductive male system have not been shown clearly. Therefore, this study was performed to determine the treatment effects of methanolic extract of Clerodendrum infortunatum leaves on histopathological alteration of seminiferous tubules in streptozotocin-induced diabetic rats.

The leaves of Clerodendrum infortunatum were  collected from Ischadagharia village of Kamrup, Assam. The plant materials were identified and authenticated taxonomically by an expert taxonomist at the Central National Herbarium, Botanical Survey of India, Botanical Garden, Howrah-711103, West Bengal, India. A voucher specimen of each of the collected samples was deposited in the institutional herbarium for future reference.

Preparation of extracts by hot extraction:

500 g of the dried pulverized leaf of Clerodendrum infortunatum were taken in soxhlet apparatus .After initial defatting with methanol, successive hot extraction in a soxhlet apparatus at a temperature not exceeding 70 deg C were carried out. Then the extract obtained had been filtered and trated at reduced temperature on a rotary vacuum evaporator and concen stored at 4 deg C until further use. The yield was found to be around 7.00% (w/w) with respect to dried leaves of Clerodendrum infortunatum. Dried extracts (MECI) were kept in refrigerator and used for further study.

Healthy young Albino rats weighing between 120 g to 200 g were procured from Indian Institute of Cultivation of science, Kolkata. The animals were individually housed in polypropylene cage and the room condition was maintained at temperature of 25±5 deg C and humidity 45±5 per cent with 12 hr day and night cycle. The animals were fed with Pellet chew feed standard diet and water ad libitum. All experimental procedures were conducted with the approval of the Institutional Animal Ethics committee CPCSEA (Reg. No. 1458/ PO/a/11/CPCSEA) for the care and use of animals and their guidelines were strictly followed throughout the study.

Diabetes was induced in groups II, III, IV, V rats following overnight fasting, by an i.p. injection of a single dose of streptozotocin (50 mg/kg). Streptozotocin was dissolved in a freshly prepared 0.01 M citrate buffer at pH 4.5 while the control rats were injected with the buffer alone. The streptozotocin-injected animals were given 5% glucose for 24 h to prevent initial streptozotocin-induced hypoglycaemic mortality. The experiment was conducted for 4 weeks. Rats with blood glucose levels of more than 200 mg/dl were considered diabetic and included in the experiment 12.

In acute toxicity study, MECI did not produce any signs and symptoms of toxic effects or death up to 2000 mg/kg body weight. There were no significant changes in body weights and organ weights of mice of MECI treatedgroup (after 28 days) from saline control group. No mortality was evident from the experimental results in mice 13.

Male wistar albino rats were divided into five groups of ten animals in each group as follows:

Glucose concentration in the blood of the tail vein of the rats was measured with an Accu-check active blood glucose monitor test strip.

Epididymal spermatozoa were collected by cutting the cauda region of the epididymis into small pieces in 2 ml of normal saline pre-warmed to 37 °C. Sperm was forced out of the cauda epididymis with fine forceps by putting pressure on the lower region of the cauda epididymis, not forcing out excess material i.e. immature cells. In this study, sperm motility, count, and viability were evaluated by using conventional methods 14.

Progressive sperm motility was measured immediately after the collection of the sperm. The number of motile spermatozoa was calculated per unit area and expressed as percentage of sperm motility. Sperm counts were done using a haemocytometer and the results were expressed as millions/ml of suspension. Sperm viability was measured using Eosin and Nigrosin stain. The dead sperm to up the stain. Hundreds of sperm cells were counted in order to obtain the percentage of live/ dead ratio.

Four weeks after the experiment, animals from each group were randomly selected, and a portion of the testis was excised from the ether anaesthetized rat, fixed in 10% formalin and processed for histological studies. Tissues are dehydrated through 70%, 90%, and 100% alcohol and embedded in low melting point paraffin wax. Sections of 5 μm thickness were cut and placed serially on glass slide. The sections were deparaffinized in xylene and rehydrated through 100%, 90%, and 70% alcohol. Three continuous sections were made from each testis tissue and stained with hematoxylin and eosin for histological evaluation using light microscopy. Spermatogenesis was assessed histopathologically using Johnsen’s mean testicular biopsy score criteria 15, 16, 17.

TABLE 1: EFFECT OF THE METHANOLIC EXTRACT OF THE LEAF OF CLERODENDRON INFORTUNATUM (MECI) ON THE BODY WEIGHT OF HYPERGLYCEMIC RATS

Values are expressed as mean ± standard error of the mean (n=10).

In the MECI treated groups, the cross section of testicular tissue showing a part of seminiferous tubules having almost regular shape and epithelium structure are organized (Figure D, E). It was observed from histological examinations that MECI (250 mg/ kg and 500mg/kg) treatment to diabetic rats somehow corrects the histological changes and there was an improvement in the seminiferous tubule structure compared with the diabetic group. 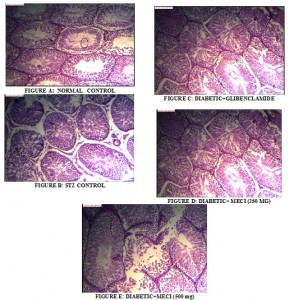 TABLE 3: EFFECT OF C.INFORTUNATUM ON SPERM PARAMETERS (SPERM MOTILITY, VIABILITY AND COUNT) AND COUNTING OF SPERMATOGENIC CELLS FOR EACH GROUP.

ACKNOWLEDGEMENT: The authors gratefully acknowledge Mr.Supriya Manna for his assistance in preparing and evaluating histopathological slides. We would like to thank NSHM College of Pharmaceutical Technology for providing the laboratory oriented research facilities.

CONFLICT OF INTEREST STATEMENT: We declare that we have no conflict of interest.