ABSTRACT: Aim: To demonstrate the effect of Nimesulide in reversing Reserpine induced depression in mice. Materials and Methods: This test was done using 20-25gm of healthy albino mice of either sex in the Department of Pharmacology of Gauhati medical college. They were housed in standard laboratory condition at 25ºC and fed on standard diet and water ad libitum. Five groups were selected each containing six mice. The groups were Group I (Normal Control), Group II (Disease Control), Group III  (Fluoxetine 10mg/kg i.p),Group IV ( Nimesulide 2.5mg/kg i,p) and  Group V (Nimesulide 5mg/kg i.p)Reserpine (2mg/kg i.p) was used to induce depression in all the groups except the Normal Control. After 24 hours, the standard and test drugs were given and the mice were subjected to tail suspension test (TST) after 30 mins and forced swim test (FST) after 1 hour of injecting the drugs. Result: Mean±SEM values were calculated for each group. The data were analyzed using ANOVA and post analysis was done by Dunnett’s test. Results were found to be significant (p<.05). The period of immobility was found to be reduced in the test groups in a dose dependent manner as compared to the Disease Control .However, the episodes and the duration of immobility was minimum in the Standard group. Conclusion: Nimesulide has been found to be effective in reversing reserpine induced depression in mice.

INTRODUCTION: Depression is a heterogenous disorder that affects a person’s mood, physical health and behaviour. Patient’s with major depression have symptoms that reflect changes in brain monoamine neurotransmitters, specifically norepinephrine, serotonin and dopamine. Reserpine, an antihypertensive drug that depletes neuronal storage granules of norepinephrine, serotonin and dopamine, causes clinically significant depression in 15% or more of the patients.1 Reserpine is an alkaloid extracted from the roots of an Indian plant, Rauwolfia serpentine

It was one of the first effective drugs used on a large scale in the treatment of hypertension. At present, it is rarely used owing to its adverse effects. High doses of reserpine characteristically produce sedation, lassitude, nightmares, and severe mental depression.2

Nimesulide is a non steroidal anti-inflammatory drug. It is a relatively weak inhibitor of PG synthesis and there is some evidence to indicate relative COX-2 selectivity. Anti-inflammatory action may be exerted by other mechanisms as well, e.g reduced generation of superoxide by neutrophils, inhibition of PAF synthesis and TNFα release, free radical scavenging, inhibition of metalloproteinase activity in cartilage. The analgesic, antipyretic and anti-inflammatory activity of nimesulide has been rated comparable to other NSAIDs. It has been used primarily for short-lasting painful inflammatory conditions like sport injuries, sinusitis and other ear, nose and throat disorders, dental surgery, bursitis, low backache, dysmenorrhoea, postoperative pain, osteoarthritis and for fever.3 The prostaglandin-synthesizing enzyme, COX-2, has largely been studied in the context of inflammation and pain, with selective inhibitors developed primarily as non-steroidal anti-inflammatory drugs (NSAIDs). Low levels of COX-2 expression might limit the adverse effects of these drugs. However, this enzyme is expressed at high levels in discrete populations of neurons within cortical and limbic regions. Recent studies have found COX-2 to be a multifunctional neural modulator affecting synaptic plasticity and glutamate mediated cytotoxicity. COX-2 inhibitors can also suppress the increases in neurogenesis in the hippocampus that follows acute global ischaemia and status epilepticus .4

The present study was conducted in the department of Pharmacology, Gauhati Medical College, Guwahati, Assam (India) after getting approval from institutional Animal Ethics Committee. (MC/05/2015/18)

The animlas were taken from the animal house of Department of Pharmacology, Gauhati Medical College, Guwahati, Assam (India). Adult Swiss Albino mice weighing 25-35 gm of either sex from our breeding stock were used in this study. The animals were housed at 24±2 ̊ C with 12:12 hrs light and dark cycle. They had free access to food and water ad libitum. The animals were acclimatized for a period of 7 days before the study.

The mice were divided into five groups each consisting 6 animals:

Reserpine (2mg/kg i.p) was used to induce depression in all the groups except the Normal Control. After 24 hours the standard drug i.e fluoxetine (10mg/kg i.p) and two doses of the test drugs i.e Nimesulide (2.5mg/kg and 5mg/kg i.p) were given and the mice were subjected to tail suspension test after 30 mins and forced swim test after 1 hour of injecting the drugs.

For the test, mice were suspended on the edge of a shelf 58cm above a table top by adhesive tape placed approximately 1cm from the tip of the tail. The duration of immobility in seconds were recorded for a period of 5mins. Mice were considered immobile when they hang passively and completely motionless.

Mice were forced to swim individually inside a vertical plexiglass cylinder (height:40cm; diameter:18cm, containing 15cm of water maintained at 25ºC). After an initial period of vigorous activity, each animal assumes a typical immobile posture. A mouse was considered to be immobile when it remains floating in the water without struggling, making only minimum movements of its limbs necessary to keep its head above water. The total duration of immobility in seconds were recorded during the 5 mins test. The change in immobility duration was studied after administering drugs in different groups of animals.6

Mean±SEM of the values were calculated for each group. The data were analyzed using ANOVA and post analysis was done by Dunnett’s test. Results were considered significant when p value < 0.05. All the datas were analysed using Graph pad prism version 5.

p<0.0001 when compared to the Normal control group.

p<0.0001 when compared to the Disease control group. 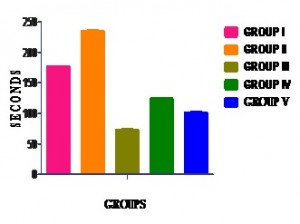 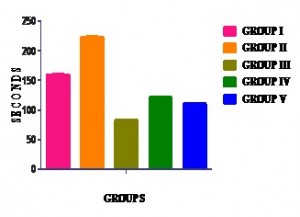 DISCUSSION: On the basis of the clinical association of depressive episodes and stressful life events, many of the animal models for the evaluation of antidepressant drug activity assess stress‐precipitated behaviors. The two most widely used animal models for antidepressant screening are the forced swimming and tail suspension tests. These tests are quite sensitive and relatively specific to all major classes of antidepressants. In TST, immobility reflects a state of despair which can be reduced by several agents which are therapeutically effective in human depression. Similarly in the FST, mice are forced to swim in restricted space from which they cannot escape. This induces a state of behavioral despair in animals, which is claimed to reproduce a condition similar to human depression.  It has been seen that the TST is less stressful and has higher pharmacological sensitivity than FST. 7

In the present study we have tried to demonstrate that nimesulide, a preferential COX-2 inhibitor is able to reverse the depression in mice induced by reserpine. The duration of immobility expressed in Mean  ± SEM in FST and TST  respectively (Table 1) was found to be highest in Group II i.e, the group which received only reserpine (234.33±1.021, 223.67±1.054) and it was least in Group III, i.e, the group which received standard antidepressant, fluoxetine following reserpine administration the previous day ( 73 ± 0.577, 82.83 ±  0.654). However, the duration of immobility was seen to reduce substantially in Group IV (124 ± 0.632, 121.17 ± 0.477) and Group V (100.83 ± 0.945, 110.33 ± 0.557), which were given nimesulide in the doses of 2.5mg/kg and 5mg/kg i.p respectively as compared to the animals which received reserpine alone. Thus, the result found in our study shows that further research can be done to investigate this off-label use of this preferential COX-2 inhibitor which might be beneficial to mankind especially since the incidence of anxiety and depression in the community is very high and is associated with lot of morbidity.

CONCLUSION: In the above study, the duration of immobility of mice in forced swim test (Fig.1) and tail suspension test (Fig.2), which was increased by reserpine has been found to be reversed by a preferential COX-2 inhibitor, nimesulide in a dose dependent manner.

ACKNOWLEDGEMENT: The authors would like to thank Dr. Chimi Handique, Post Graduate Trainee, Department of Pharmacology, Gauhati Medical College and Hospital, Guwahati, Assam (India) for her immense help while carrying out the study.