INTRODUCTION: The immunomodulatory activity of Tinospora cordiflia Mires. (Rasayana plant) has been reported in literature. The percent phagocytosis and phagocytic index of aqueous extract of Tinospora cordiflia Mires. has been studied in-vitro and was found to stimulate poly-morphonuclear (PMN) cells isolated from normal healthy volunteers 1. However, the immuno-modulatory activity of Putranjiva roxburghii Wall. has not been reported in literature. Putranjiva roxburghii Wall. has been described in literature 2 as a ‘Rasayana’ plant and most of the  Rasayana plants like Tinospora cordifolia Miers., Emblica officinalis Gaertn., Asparagus racemosus Willd. exhibit immunomodulatory activity and increase the body immunity against diseases 2.

Therefore, in the present research work efforts has been made to evaluate the immunomodulatory activity of Putranjiva roxburghii Wall.

EXPERIMENTAL: Putranjiva roxburghii Wall. leaves were collected from ‘Keshav Shrushti’, Mumbai, India and authenticated from Botanical Survey of India, Pune. (Voucher no. BSI/WC/Tech/2008/177). The leaves were washed with water to remove soil particles, dried in the shade, and finely powered. The powder was passed through the 85 mesh sieve and stored in an airtight container at room temperature (28º ± 2 ºC).

Preparation of Extract of Putranjiva roxburghii Wall: 10.0 g accurately weighed leaf powder of Putranjiva roxburghii Wall. was extracted using 100.0 cm3 of  methanol  in a Soxhlet  apparatus consecutively for 8 days, till the methanol in the soxhlet  apparatus was colourless. The extract was then filtered and concentrated at 57 ºC in a water bath till the dry powder was obtained.

Positive Control: The aqueous extract of Tinospora cordifolia Miers., a known plant immunostimulant in the concentration of 400 μg/cm3 was used as control 2.

Ethics Committee Permisssion: The protocol was submitted to the Committee for Academic Research Ethics, Seth G.S. Medical College and KEM hospital, Parel, Mumbai, to carry out in-vitro study using leaf extract of Putranjiva roxburghii Wall. and a written consent was obtained to carry out in vitro study on human subjects before initiation of study.

Method: After taking written, valid and informed consent, six normal healthy male volunteers were recruited in the study. 24.0 cm3 of peripheral venous blood was collected from each volunteer in a sterile heparinised tube and polymorphonuclear leukocytes were separated. 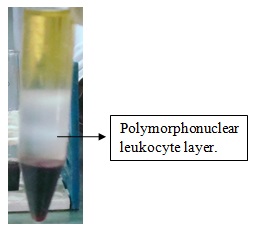 FIG. 1: THE POLYMORPHONUCLEAR CELLS BETWEEN TWO LAYERS OF HISTOPAQUE

After 18 h, a loopful of culture was transferred to about 2.0 cm3 of 0.9% saline. 20µL of culture was mixed with 380µL of normal saline. Viability of polymorphonuclear leukocyte was assessed using Trypan dye exclusion method 3. 20 µL of poly-morphonuclear leukocyte was mixed with 20 µL of 0.1% Trypan blue dye. This mixture was then mounted on Neubaur chamber and the number of cells was counted.  The count was adjusted to1.0 x 106 cells/cm3 with Minimum Essential Media as follows.

Assay for Phagocytosis: 4 To carry out the assay for phagocytosis eight test tubes were taken and were numbered from 1-8. 20 μL each of the concentration of Putranjiva roxburghii Wall. (50-800 μg/cm3) was taken in a different test tube from 2 to 7 and 20 μL Tinospora cordifolia Miers. (400 μg/cm3) was taken in test tube number 8. The assay system was prepared for each of the six volunteer as given in Table 2.

Each of the above test tubes prepared for phagocytosis assay was incubated at 370 ºC in 5 percent CO2 environment for 60 min. Each of the test tubes was centrifuged in a cytocentrifuge at 1500 rpm for 15 min. Polymorphonuclear leukocytes cells button was obtained in each of the test tube. The supernatant obtained was discarded. A smear of polymorphonuclear (PMN) leukocytes was prepared on a glass slide for each concen-tration of Putranjiva roxburghii Wall. and Tinospora cordifolia Miers. on the glass slide, and each slide was kept in cytospin bucket and the slides  were cytospined at 1500 rpm for 15 min. The smear obtained on each of the slide was then stained by flooding the smear with freshly diluted Geimsa stain (1:8) for 30 min.

Each of the slide was washed gently under running tap water. Each slide was then examined for phagocytosis by light microscopy under oil immersion lens. 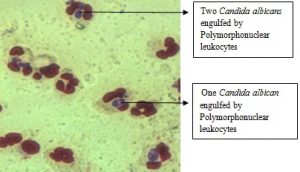 TABLE 3: RESULT OF PERCENT PHAGOCYTOSIS FOR EACH CONCENTRATION OF PUTRANJIVA ROXBURGHII WALL.

TABLE 4: RESULT OF PHAGOCYTIC INDEX FOR EACH CONCENTRATION OF PUTRANJIVA ROXBURGHII WALL.

Procedure: About 0.2 g of agarose powder was accurately weighed and suspended in 10.0 cm3 of sterile distilled water. The agarose solution was then heated and the hot solution was mixed immediately with 1.0 cm3 of pooled human serum and 9.0 cm3 of Minimum Essential Media.

The resultant medium was poured immediately on a clean glass slide and the agarose was allowed to set for 30 minutes. After 30 min, three wells were bored of 3 mm diameter each on the agarose slide (using sterile pipette tip). The wells were at a distance of 3.0 mm from each other. On the opposite side of the slide, three spots were marked which correspond to wells bored in agarose. The wells were labeled as C, P and M which stand for chemotactic factor, poly-morphonuclear leukocytes and Minimum Essential Media respectively.

For chemotaxis assay system consisted of 20.0 mL of polymorphonuclear leukocytes (adjusted to 2.5 × 105 cells/cm3 as described earlier.) and 20µL of Putranjiva roxburghii Wall. (50-800 μg/cm3) and the assay system for chemotaxis was prepared as follows. 20.0 µL of adjusted polymorphonuclear leukocytes and 20.0 µL extract of Putranjiva roxburghii Wall. (50 μg/cm3) were mixed together, 20.0 µL of this mixture was added to the central well on the agarose slide which was marked as C.

The outer wells contain 20.0 µL of Minimum Essential Media which was marked as M, and the innermost well contain 20.0 µL of chemotactic factor (Zymosan), which was marked as C. Similar procedure was followed for other concentrations of Putranjiva roxburghii Wall. (100-800 μg/cm3). All slides were then incubated at 37 °C in a 5% CO2 atmosphere for 2 h.

DISCUSSION: In the present research work immunomodulatory activity of aqueous extract of leaf powder of Putranjiva roxburghii Wall. has been evaluated by subjecting the polymorpho- nuclear leukocyte cells isolated from normal healthy volunteers with Candida albicans and Zymosan (chemotactic agent). The maximum immunomodulatory activity of Tinospora cordifolia Miers. has been reported in a literature 2 for 400 μg/cm3, whereas Putranjiva roxburghii Wall. increased the percentage phagocytosis in a concentration dependent manner.

Cells incubated with the different concentrations of Putranjiva roxburghii Wall. showed a concentration dependent increase in chemotactic differential. All the values of Putranjiva roxburghii Wall. were significantly higher when compared to the Minimum Essential Media (vehicle) except for 50 μg/cm3, which was comparable to Minimum Essential Media (vehicle).

ACKNOWLEDGEMENT: Author would like to thank authorities of Seth G.S. Medical College and KEM Hospital, Parel, Mumbai for providing all the facilities.

CONFLICT OF INTEREST: Author affirm that they do not have any conflict of interest.