EFFECT OF YEMENI SESAME OIL AGAINST SOME PATHOGENIC BACTERIA AND FUNGI

EFFECT OF YEMENI SESAME OIL AGAINST SOME PATHOGENIC BACTERIA AND FUNGI

ABSTRACT: The present study was aimed to evaluate the effectiveness of some sesame oils obtained from different cities of Yemen. Sensitivity testing against some pathogenic bacteria and fungi were studied with four types of sesame oils in the laboratory pouring aqueous extract of the sesame seeds into the wells of the culture media. Escherichia coli, Staphylococcus aureus, Salmonella typhi, Candida albicans, Aspergillus niger and Aspregillus flavus were the microorganisms used and they were identified, confirmed and obtained from the Microbiology laboratory of the Sana'a University, Yemen. The results indicated that Semsum sanani and Semsum dwaini showed more antifungal activity against Aspergillus niger and Aspergillus flavus, while Semsum shahri, Semsum hadedi, did not show any activity against pathogenic bacteria and fungi. This study suggests that the compounds found in the semsum oil can form the basis for the development of novel broad spectrum antimicrobial formulations. These results support the notion that semsum oil may have many pharmaceutical roles.

INTRODUCTION: Concern has been expressed about the rising prevalence of pathogenic microorganisms which are resistant to the newer or modern antibiotics that have been produced in the last three decades worldwide 1, 2. Coincidentally, the last decade has also witnessed increasing intensive studies on extracts and biologically active compounds isolated from plant species used for natural therapies or herbal medicine 2, 3. For over thousands of years, natural plants have been seen as a valuable source of medicinal agents with proven potential of treating infectious diseases and with lesser side effects compared to synthetic drug agents.

However, the problem posed by the high cost, adulteration and increasing side effects of synthetic drugs coupled with their inadequacy in disease treatment found more especially in the developing countries which cannot be over emphasized 4. Munir et al., in Nigeria found that methanolic and ethanolic extracts have broad spectrum antimicrobial effect against all the tested pathogenic micro-organisms except Streptococcus pneumoniae and Staphylo-coccus aureus respectively, while the aqueous extract exhibited inhibitory activity on S. aureus, S. pneumoniae and Candida albicans 5. The result confirmed the folkloric claims of the antimicrobial effectiveness of locally consumed sesame leaf extracts especially against bacteria and common skin infection in many areas of Nigeria.

With the formulation of seeds, oil is prepared in carbopol at 2.5 % and 5 % concentrations and applied to the wounds. In the excision and burn wound models, the treated animals showed significant reduction in period of epithelization and wound contraction (50%).

Soureshjani et al., indicated that sesame oil has an inhibitory property on the growth of S. aureus and can kill the bacteria in higher concentration 8. Tabassam and Vidyasagar found the antimicrobial properties of edible oil including sesame oil against human pathogens causing skin diseases 9. Syed et al., explored natural variation of sesame in the content of antifungal metabolites and their dis-tribution among plant organs 10.

Sesame belongs to the family- Pedaliaceae and genus-Sesamum 11. The genus consists of about 36 species and 19 of which are indigenous to Africa 12, 13. Sesame plant is believed to have originated from Africa 14. Sesame is reputed in folk medicine in Africa and Asia. All parts of the plant are useful. However, in the South-Western Nigeria, decoction of the leaves is used for the treatment of bruised or erupted skins, cataract and eye pains. Warm water leaf infusion is used to gargle inflamed membranes of the mouth. The decoction of both leaves and roots have been found to be effective against chicken pox and measles (anti-viral) and used as hair shampoo for Taenia capitis (antifungal properties) 15. Sesame seed oil, known to man since the dawn of civilization has been used as a healing oil and is locally consumed as a staple food in Nigeria, especially in South-West and Middle Belt areas, where it is richly cultivated by local subsistence farmers 16.

Thus, the use of sesame leaves and oil as food sources may account for the high fecundity among the adult male population in these areas 17. Among oil crops, sesame is one of the highest in oil content. Generally, the oil content in sesame ranges from 34 to 63 % 18, 19. Genetic and environmental factors influence the oil content and fatty acid compositions in sesame 20. Late maturing cultivars are reported to have higher oil content than early cultivars and the indeterminate cultivars accumulated more oil than determinate ones 18. Sesame contains high levels of antioxidants such as sesamol, sesamin, sesamolin and sesaminol. Therefore, sesame oil is called the queen of the vegetable oils because of its antioxidants 21.

The sesame oil consists of mainly four fatty acids (palmitic-C16:0, stearic-C18:0, oleic-C18:1 and linoleic-C18:2), while other fatty acids appear in very small amounts. Even though different fatty acid compositions of sesame oil have been reported; the major fatty acids were being oleic and linoleic acids 22. Were et al., reported 19 variation in the quantities of palmitic, stearic, oleic and linoleic acids, with palmitic and stearic acids ranging from 7.2 to 9.6 % and 3.7 to 5.6 %, respectively, while high levels of oleic acid and linoleic acid ranged from 31.6 to 41.9% and 42.9 to 53.9% respectively. Due to the fact that sesame seeds are rich in PUFAs, as well as vitamin and minerals such as calcium, magnesium and phosphorus, its oil has health benefits. Therefore, sesame oil has been used as medicine or for pharmaceutical purposes 23. Sesame oil contains Vitamin E and several important antioxidants such as sesaminol and sesamolinol that are believed to promote the integrity of body-tissues in the presence of oxidizing compounds 24.

Cooney et al., found 25 that intake of food made from sesame seed, which contain gamma-tocopherol, significantly elevated its levels in the serum. Gamma-tocopherol has been shown to positively influence Vitamin E activity that is believed to prevent cancer and heart disease 25.  Sesame oil is used as a pharmaceutical aid 26 and as such used to remedy gum disease, treat toothaches, relieve anxiety or insomnia, or used as an anti-bacterial mouthwash by Chinese and Indians in the past 24, 27. Sesame oil has found use in several non-food applications such as in paints, cosmetics, solvents and soap 26. In Africa, sesame flowers have been used to prepare perfumes 24. Hasan et al., reported 28 that chlorosesamone extracted from roots of sesame has anti-fungal properties and were used as a fungicide. The primary aim of this present study was to determine the effect of Yemeni Sesamum indicum extract against some pathogenic bacteria and fungi identified bygone.

Microorganisms: Escherichia coli, Staphylococcus aureus, Salmonella typhi, Candida albicans, Aspergillus niger and Aspregillus flavus, were the microorganisms used and they were identified, confirmed and obtained from the Microbiology laboratory of the Sana'a University, Yemen.

Agar Well Diffusion Method: The extracts obtained from the Sesamum indicum were used for studying their antimicrobial activity.  A loop full of bacterial strains and fungal strains was inoculated in 30 ml of NA and SDA separately in a conical flask and incubated for 72 hours and 220 hours respectively to get active strain using agar well diffusion method 29. SDA was poured into petri dishes. After solidification, 0.25 ml of test strains were inoculated in the media separately. Care was taken to ensure proper homogenization. The experiment was performed under strict aseptic conditions. After the medium was solidified, wells were made in the plates with sterile borer (5mm). The extract compound (50ml) which was introduced in to the well plates were incubated at 37 °C and 20 °C for 72 and 220 hours respectively. All samples were tested in triplicates. Microbial growth was determined by measuring the diameter of zone of inhibition 30.

RESULTS: In the present study, the antibacterial activity of the sesame oil was evaluated against four bacterial spp. and three fungi spp. In the first stage, sesame oils were applied on each bacterial and fungi species. Semsum sanani and Semsum- dwaini have more activities on the organisms than sesame oil Semsum shahri and Semsum hadedi. The Semsum sanani and Semsum dwaini oil have more activity against A. niger and A. flavus (Table 1, 2 and Fig. 1, 2) while Semsum shahri and Semsum hadedi, did not show any activity in these organisms (Table 3 and Fig. 3, 4).

TABLE 1: THE ANTIMICROBIAL ACTIVITY OF SEMSUM SANANI OIL AGAINST BACTERIA AND FUNGI 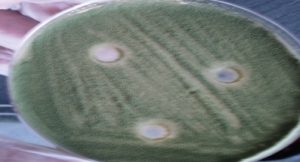 FIG. 1: THE ANTIMICROBIAL ACTIVITY OF SEMSUM SANANI OIL AGAINST A. FLAVUS 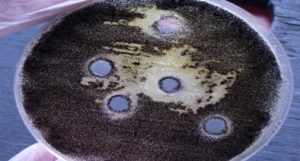 FIG. 2: THE ANTIMICROBIAL ACTIVITY OF SEMSUM SANANI OIL AGAINST A. NIGER

TABLE 2: THE ANTIMICROBIAL ACTIVITY OF SEMSUM DWAINI OIL AGAINST BACTERIA AND FUNGI 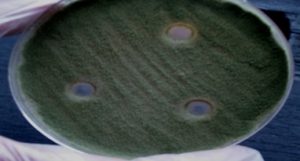 FIG. 3: THE ANTIMICROBIAL ACTIVITY OF SEMSUM DWAINI OIL AGAINST A. FLAVUS 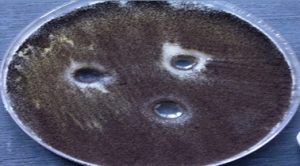 FIG. 4: THE ANTIMICROBIAL ACTIVITY OF SEMSUM DWAINI OIL AGAINST A. NIGER

TABLE 3: THE ANTIMICROBIAL ACTIVITY OF SEMSUM SHEHRI AND SEMSUM HADEDI OIL AGAINST BACTERIA AND FUNGI

DISCUSSION: The overuse of antibiotics in the treatment of infectious diseases and the appearance of ‘multi-drug resistant’ bacterial strains (resistant to two or more antibiotics), has driven research towards the study of antimicrobial agents from essential oils 32 - 38.  Our results showed that sesame oil sanani and dwaini have more activity on the organisms than sesame oil shahri and hadedi as shown in Table 1 and 2.

The sesame sanani oil and dwaini oil have more activity against A. niger and A. flavus. These results do not agree with Anand et al.,39 who found antibacterial activity of sesame oil against bacteria. S. mutans and Lactobacillus acidophilus were found to be moderate to sensitive to the sesame oil. It was also observed that sesame oil is being used for oil pulling for maintaining oral hygiene, inhibiting the growth of various bacteria 40. Annussek 27 also found sesame sanani and dwaini oil showing activity while shahri and hadedi, did not show any activity in these organisms.

CONCLUSION: The present study signifies the antifungal role of the Yemeni sesame oils viz. Semsum sanani and Semsum dwaini, especially on Aspergillus niger and Aspergillus flavus. Compounds found in the sesame oil can form the source for the improvement of novel broad spectrum antimicrobial formulations. These results support the belief that sesame oil may have many pharmaceutical roles.

ACKNOWLEDGEMENT: We wish to express our gratitude to teacher Ebtesam H. Al-Hamzy for the valuable help. We are grateful to the Microbiology laboratory staff of Sana’a University for their support. Our special thanks to Mangalore University, Karnataka, India for the support and encouragement.