ABSTRACT: In recent years there is more research work taken in Marine sources for its pharmaceutically valuable compounds and active medicines for anticancer, anti diabetic, anti oxidant, antimicrobial, and anti-inflammatory.  The present study investigated for the medicinal value of red algae Griffithsia pacifica Kylin (GPK) and its alterations in enzymatic activity of STZ induced diabetic rats. The results gave significant increase in hemoglobin and glycosylated hemoglobin along with the reduction in hyperglycemia. Thus the GPK might serve as an effective natural medicine for anti-hyperglycemic effects of diabetic rats and may be promising for development of phyto medicines for diabetes.

INTRODUCTION: In ancient periods Chinese and Japanese have used algae as food, because rich nutrient content in algae especially red algae. Nori known as nutritive food made with red algae for providing complete nutrient supplement by Japanese.  The dairy industries like chocolate, milk, yoghurt are filled with high minerals, vitamins and nutrients, these nutrients are obtained from red algae 1. Red algae can be used as body and blood purifier 2.  Red alga is the most valuable sea weed with many useful properties that has to be explored. Phytochemicals like Phenols, terpenes, polysaccharides and steroids are mostly found in the red algae 3.

Carbohydrate metabolic enzymes play a significant increase of glucose in diabetic patients.   Glucose-6-Phosphatase is the most important key enzyme of glucose homeostasis, and catalysis the terminal step in gluconeogenesis and glycogenolysis 9, 10 the enzyme is mainly found in liver and kidney gluconeogenic tissues, there it plays an important role in glucose production 11.

Fuctose-1, 6-di Phosphatase is another key enzyme which catalysis the irreversible reaction in gluconeogenesis pathway and it regulates the pathway. The Glucokinase (Hexokinase 4) is a protein produced in hepatocytes 12, 13, it phospharylates glucose, preparing it for incorporation into glycogen, and is the key enzyme of glucose metabolism14.

In general, the main activities of phenolic compounds are antioxidant and antidiabetic activity 15  Other attractive lipid bioactive compounds from red algae and other marine sources include the group known as sterols and omega fatty acids. The composition of sterols isolated from macro and microalgae 16 and other marine invertebrates have been extensively studied.  Sterols and some of their derivatives were found previously to play an important role in lowering LDL cholesterol levels in vivo anti-inflammatory, antidiabetic and antiaterogenic activity 17. Red Algae are orange to pink, 3-5cm tall, and thallus monosiphonus tuffed –filamentous, clearly visible to naked eye 18. This species was first described by Harald Kylin in 1925.

Red Algae Collection: Algal materials were collected from the Rameswaram, Tamil Nadu, India and obtained fisher by catching method. The collected red algae were washed with tap water to remove salts and other adhering particles. The whole red algae was dried under shade and then powdered with a mechanical grinder to obtain a coarse powder. Equal quantity of powder was passed through 40 mesh sieve and extracted with ethanol in sox let’s apparatus to 60 °C. The solvent was completely removed by rotary vacuum evaporator.  The extract was freeze dried and stored in vacuum desiccators.

Experimental Induction of Diabetes: Ethical Clearance No: VIT/IAEC/10th / March/14th /No.31. Dated: March31:2015. Diabetes was induced in the animals fasted overnight by a single intra peritoneal (ip) injection of freshly prepared solution of STZ (Sigma, USA) 35 mgkg-1 body weight in 0.1M cold citrate buffer pH 4.5 19, 20, 21. The animals were allowed to drink 5% glucose solution to overcome the drug-induced hyperglycemia 22. Control rats were injected with citrate buffer alone as a placebo. Animals were considered diabetic if the blood glucose values were 4250 mg dL-1 on the third day after STZ injection. After a forth night, rats with moderate diabetes having glycosuria (indicated by Benedict’s test for urine) and hyperglycemia with blood glucose range of 200– 300 mg dL-1 were used for the experiment.  Blood was collected from the eyes (venous pool) by sino-ocular puncture.

Acute Toxicity Test: The albino wistar rats were divided into six groups of six animals each. A group received saline (10 ml/kg) by gavage and kept as normal control.  A single dose of GPK algae extract was administered orally to group 2, 3 and 4 at doses of 50, 500, and 5000 mg/kg b.wt. respectively.  The extract did not produce any toxic symptoms of mortality up to the dose level of 5000 mg/kg body weight in the treated animals, and hence it was considered safe for further pharmacological screening. The mortality, measured body weight and behavioural screening were recorded daily during 14 days after the extract administration.

Determination of Lipid Profile: Plasma samples were used to measure triglycerides (TG) and cholesterol levels. The biochemical estimation such as serum TC 25, TG, LDL, HDL 26 was carried out by the standard methods.

Determination of enzymatic activities: The activity of Glu-6-phosphatase, Fru-1, 6-Di phosphatase, Glucokinase was determined by liver and kidney supernatant fractions of 14 days experimental rats by the method of Baginsky et al., Tashima and Yoshimura respectively 27. About 1-2 mg of protein was used for both the assays. One enzyme unit is defined as the amount of inorganic phosphate, Pi 28 liberated per gram fresh weight per minute at 37oC for both the phosphatases. Phosphatases estimation was by the method of Fiske and Subbarow.

Statistical Analysis: Results were analyzed for statistical significance using one way ANOVA followed by Dunnett’s test using the graph pad statistical software for comparison with control group and STZ-treated group. A p50.05 was considered as significant. The results of the changes in general parameters including changes in body weight, tissue weight, are shown in Fig. 1(a)-3(j). 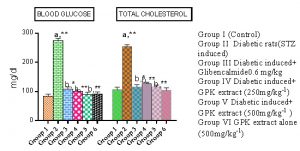 FIG. 1(B): EFFECT OF GPK EXTRACT ON HB AND HBA1C OF DIABETIC INDUCED RATS

Diabetic animals at given GPK 250mg kg-1 showed alterations in the TG, HDL and LDL levels compared to STZ. On the other hand, the dosage was increased from 250 to 500 mg kg-1 body wt., a significant fall in the TG and LDL levels was found compared to diabetic animals. When compared with standard drug (Group V) the fall in TG, LDL was dose dependent and highest reduction in cholesterol noted in 500 mg kg-1 group compared to STZ animals. The lower HDL in diabetic rats, increased significantly after administration of the ethanol extract of GPK. The increment was highest at 500 mg kg-1 GPK (Group VI) (Fig. 1(c). 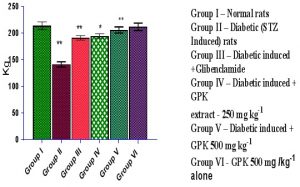 The remaining enzymes Hexokinase, Glucokinase, LDH activities were decreased in STZ induced diabetic rats, this was comes to normal after the administration of GPK extract in diabetic induced rats Fig. 3(a)-(h). 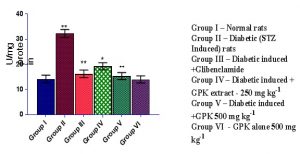 FIG. 3(a): EFFECT OF GPK EXTRACT ON GLUCOSE - 6 PHOSPHATASE IN LIVER OF STZ INDUCED DIABETIC RATS 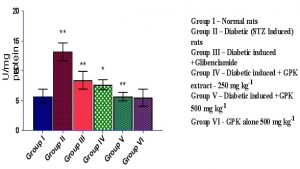 FIG. 3(b): EFFECT OF GPK EXTRACT ON THE ACTIVITY OF FRUCTOSE-1, 6-DIPHOSPHATASE IN LIVER OF STZ INDUCED DIABETIC RATS 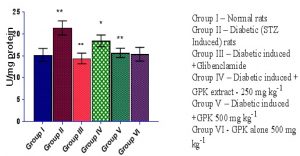 FIG. 3(d): EFFECT OF GPK EXTRACT ON THE ACTIVITY OF FRUCTOSE-1, 6-DIPHOSPHATASE IN KIDNEY 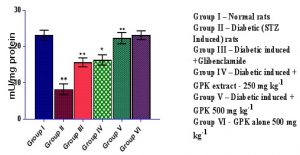 FIG. 3(e): EFFECT OF GPK EXTRACT ON THE ACTIVITY OF GLUCOKINASE IN LIVER

FIG. 3(f): EFFECT OF GPK EXTRACT ON THE ACTIVITY OF GLUCOKINASE IN KIDNEY

DISCUSSION: In diabetes the increased blood sugar levels might be due to either insulin resistance of the body cells or decreased secretion of insulin from β-cells manifested in the decreased serum insulin levels 29. The reduction in the serum insulin levels in the STZ-treated rats might be attributed to the reduced secretion of the hormone which might be due to the damage of the β-cells of endocrine pancreas. The STZ selectively destroy the pancreatic cells and induce hyperglycemia. The blood glucose level of GPK extract fed animals was significantly reduced. The highest decrease was recorded in the 400 mg kg-1GPK and STZ group.

The lipoprotein levels in the STZ-induced diabetic rats in this study revealed significant alterations in lipoprotein metabolism. The serum TC content increased significantly in diabetic animals. Since insulin exerts a potent inhibitory effect on lipolysis in adipocytes, insulin deficiency was associated with excess lipolysis and increased influx of free fatty acids to the liver 30, 31 the animal’s revealed better proliferation from the STZ-induced damage when compared to control as well as 50mg kg-1 treated animal.

The findings of the present work indicate the usefulness of the extract of GPK; plasma glucose concentrations were lower than in the control group at 60 min (p < 0.05) following a single subcutaneous administration of insulin 32.

CONCLUSION: We conclude from the above results and discussion on the ethanol extract of Griffithsia pacifica Kylin has significant hypoglycemic, hypolipidemic potential. In the present investigation we demonstrated that GPK have beneficial effects on the altered serum glucose.