ABSTRACT: Objective: Enhancement of oral bioavailability of poorly water soluble drugs is the most challenging aspects of drug development. It is very important to find appropriate formulation approaches to improve the aqueous solubility and bioavailability of poorly aqueous soluble drugs. Ezetimibe is a new lipid lowering agent in the management of hyper-cholesterolemia. The drug is water-insoluble, lipophilic, and highly permeable. Therefore, bioavailability of ezetimibe may be improved by increasing its solubility. Method: The aim of the present study was to improve the solubility and dissolution rate of Ezetimibe by preparing microspheres by spray drying technique using HP β-cyclodextrin. Ezetimibe microspheres containing different ratios of HP- β-cyclodextrin were produced by using Propanol and water (50:50) as a solvent system. The prepared formulations containing different ratios of Ezetimibe and HP β-cyclodextrinwere evaluated for solubility and in-vitro dissolution. The prepared formulations were characterized by differential scanning calorimetry (DSC), X-ray diffraction spectroscopy (XRD), fourier transform infra-red spectroscopy (FTIR) and scanning electron microscopy (SEM). Dissolution profile of the prepared spray dried microspheres was compared with its physical mixture and pure sample. Result: Spray dried microspheres exhibited decreased crystallinity. The solubility of microspheres containing Ezetimibe and HP-β-cyclodextrin (1:3w/w) exhibited tenfold increases  and dissolution of same ratio microsphere showed 99% release in 20 min while same composition in physical mixture showed 37% release in 20 min. Consequently, from the above result it can be concluded that spray dried microspheres of Ezetimibe is a useful technique to improve the solubility and dissolution of poor water soluble drug like Ezetimibe.

INTRODUCTION: Ezetimibe, a poorly water soluble drug and the oral delivery of drug is frequently associated with low bioavailability. It is used as an anti-hyperlipidaemia drug in the management of: hypercholesterolemia, homozygous sitosterolemia (phytosterolemia).

After oral administration, drug molecule is absorbed and extensively conjugated to a pharmacologically active phenolic glucuronide (drug molecule-glucuronide) 1-3. Rate of absorption and extent of bioavailability for such insoluble hydrophobic drug are controlled by rate of dissolution in gastro-intestinal fluids. However, its oral bioavailability is very low, probably due to poor solubility in water and insufficient dissolution rate. Consideration of the modified Noyes-Whitney equation provides some hints about the dissolution rate of poorly soluble compounds might be improved to minimize the limitations to their oral availability. There have been numerous efforts to improve drug dissolution rates. These include (a) reducing the particle size to increase the surface area; (b) using water-soluble carriers to form inclusion complexes; (c) solubilization in surfactant systems; (d) using pro drugs and drug derivatization; and (e) manipulation of the solid state of drug substances to improve the drug dissolution i.e. by reducing the crystallinity of drug substances through formation of solid dispersions 3.

However, there are practical limitations to these techniques. Although particle size reduction is commonly used to increase the dissolution rate, there is a practical limit to the size reduction that can be achieved by such commonly used methods as controlled crystallization and grinding. The use of very fine powders in a dosage form may also be problematic because of handling difficulties and poor wet ability 4, 5. Salt formation is not feasible for neutral compounds and the synthesis of appropriate salt forms of drugs which are weakly acidic or weakly basic may often not be practical.

Solid dispersions have been widely used to enhance the solubility, dissolution rate, and bioavailability of poorly soluble drugs. There are different types solid dispersion systems categorized according to the physical states of the drug and the carrier in the systems. It may be a molecular solid solution, a dispersion of amorphous or crystalline drug particles in an amorphous carrier matrix, or a combination of a solution and dispersion of solids. Spray drying is one of the techniques of preparing solid dispersion and is widely used as an alternative to milling to reduce particle size. The large surface area of the resulting particle should result in an enhanced solubility and dissolution rate, consequently, improved bioavailability 6.

Cyclodextrins are cyclic oligosaccharides, containing six, seven or eight glucopyranose units (α, β or γ respectively) obtained by the enzymatic degradation of starch. These are torus shaped molecules with a hydrophilic outer surface and lipophilic central cavity, which can accommodate a variety of lipophilic drugs. Cyclodextrins are able to form complexes with poorly water-soluble drugs 7-9. Thus they can enhance the solubility and bioavailability of such compounds. The aim of the present study was to improve the solubility and dissolution rate of Ezetimibeby spray drying technique using different ratio of HP β-cyclodextrin.

Physical Mixture: Sample for ratio optimization were prepared by mixing the drug and polymer in different ratio such as 1:1 to 1:4 w/w in the mortar for 5 min and then sieving 10.

Preparation of Spray Dried Microsphere: Ezetimibe microspheres were prepared by spray drying technique. Propanol was used as a solvent to prepare different drug/polymer ratio (1:1 to 1:4) microspheres. Feed solution was prepared by dissolving the drug and polymer in the solvent by using magnetic stirrer. Drug loaded microspheres were obtained by spraying the feed solution with a spray dryer (Lu, 222, Advanced, Lab ultima, Mumbai) using a standard 0.7mm nozzle. The solution was fed to the nozzle with a peristaltic pump, atomized by the force of compressed air and blown together with heated air to the chamber where the solvent in the droplets were evaporated. The dried microspheres were harvested from the apparatus collector and kept under vacuum for 48 hours 11, 12. The spray drying parameters are described in Table 2.

Determination of Percentage Yield and Drug Content: The percentage yield of each formulation was determined according to the total recoverable final weight of microspheres and the total original weight of ezetimibe and HP-β- cyclodextrin. Microspheres (10mg) were triturated with 10ml of water. Allowed to stand for 10 min with occasional swirling and methanol was added to produce 100 ml. After suitable dilution, Samples were measured at 231nm. Drug content was determined from standard plot 13, 14.

FTIR Spectroscopy: The interaction between the drug and polymers was determined by using the FTIR (8400 - Shimadzu, Japan) spectroscopy wherein infrared spectra of pure drug, physical mixture and pure drug loaded microspheres were carried out using the KBr disk method (2mg sample in 200mg KBr) 15. The scanning range was 450 to 4000 cm -1 and the resolution was 1cm-1.

Differential Scanning Calorimetry (DSC): A DSC study was carried out to detect possible polymorphic transition during the crystallization process. The thermal behavior of plain drug, drug loaded microspheres and blank microspheres were determined using differential scanning calorimeter (Mettler, Toledo) at heating rate of 10 °C/min. The measurements were performed at a heating range of 50 – 250 °C under nitrogen atmospheres 15, 16.

X-ray Diffraction Study: X-ray diffractogram of the plane drug, blank microsphere and drug loaded microsphere were recorded by diffractogram using Philips X’ Pert MPD diffractometer with Cu-Kα line as a source of radiation which was operated at the voltage 35 kV and the current 25 mA. All samples were measured in the 2θ angle range between 5 °C and 100 °C 15, 16.

Solubility Studies: Drug solubility was determined by adding excess amounts of pure Ezetimibe, their physical mixture and microspheres in distilled water and phosphate buffers 6.8 at 37 ± 0.5 °C respectively at a rotation speed of 100 rpm. The solution formed were equilibrated under continuous agitation for 24 h and passed through Whattman filter paper (No. 41) to obtain a clear solution. The absorbance of the samples was measured using UV spectrophotometer (UV 1800, Shimadzu, Japan) method at 231 nm and the concentrations in μg/ml were determined. Each sample was determined in triplicate 17.

Determination of the Physical Stability: To determine the physical stability of optimized Microspheres, a stability study of prepared Microspheres was carried out at 25 °C and 60% relative humidity for 6 months according to the ICH guidelines. The microsphere were packed in high density polyethylene (HDPE) container and placed in stability chamber (CHM-10S Remi, India). The samples were withdrawn at the interval of 0, 1, 3 and 6 months and evaluated for appearance, characterization by FT-IR and dissolution release and compared with initial results 15.

Statistical Analysis: All analyses of data were performed with a statistical software package (SPSS 13, USA). The results are expressed as means and standard deviations. Comparative statistical studies on the inclusion complex and dissolution rate were performed by ANOVA.

RESULT AND DISCUSSION: Cyclodextrins (CDs) are cyclic oligosaccharidesconsisting of (α-1, 4)-linked α-D-glucopyranose units that contain a lipophilic internal cavity and a hydrophilic outer surface. The hydroxyl functions of the glucose are orientated to the exterior, which gives it hydrophilic character. The inner cavity is lined by skeletal carbons and ethereal oxygen’s of the sugar residues, which gives it a lipophilic character. These characteristics favour cyclodextrins to form inclusion complexes with a variety of host-guest molecules of suitable polarity and size. This characteristic of cyclodextrin is used to improve the pharmaceutical properties of numerous drugs such solubility, dissolution, bioavailability and stability 15. The spray drying method describe here appeared be a suitable and simple technique to prepare HP-β-Cyclodextrin microspheres loaded with Ezetimibe. It is one step process, easy and rapid, as it combines drying of the feed and embedding of the drug into a one-step operation. The spray dried microspheres formulations were collected and found to be free-flowing and white in colour. 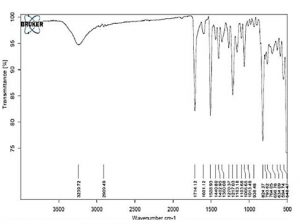 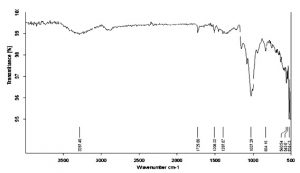 FIG. 2: FTIR SPECTRUM OF THE EZETIMIBE MICROSPHERE PREPARED WITH HP-Β-CYCLODEXTRIN 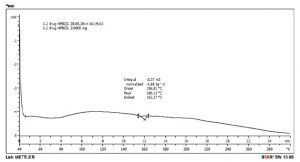 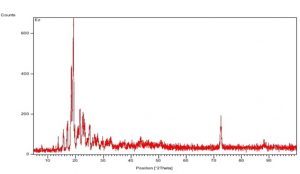 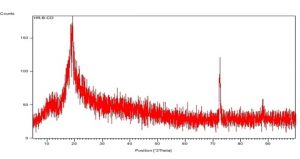 FIG. 6: XRD OF THE EZETIMIBE MICROSPHERE PREPARED BY SPRAY DRIED METHOD WITH HP-Β-CYCLODEXTRIN 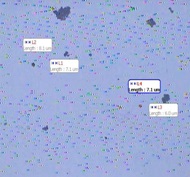 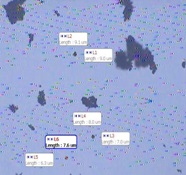 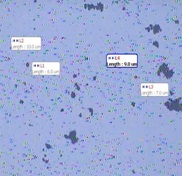 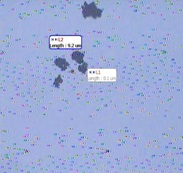 Scanning Electron Microscopy (SEM): The spray dried microspheres was analyzed by SEM for studying particle shape and surface structure (Fig. 8, 9). The shape of prepared microspheres are uniform and spherical in shape with small in size 7-9μm (Table 4). The spherical shape of microspheres does not lead to cake formation during storage because of less point of contact thereby increasing the stability of the microsphere formulation, which is an advantage over other shapes. This could be therefore, indicate that Ezetimibe particle size has been reduced, which also accelerates solubility and dissolution.

From the Fig. 9, it is concluded that Ezetimibe particles were needle, plate shaped with smooth surface, while in case of spray dried microspheres it was observed that they were of irregular shape and size. Fig. 10 clearly shows that crystal shape of Ezetimibe was completely changed in microspheres. SEM images show that the crystalline Ezetimibe is converted to its amorphous form which was confirmed by DSC and XRD study. 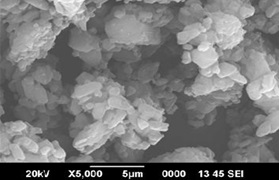 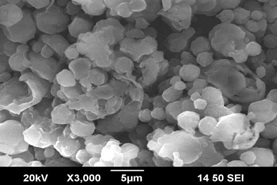 TABLE 5: SOLUBILITY OF EZETIMIBE AND DIFFERENT FORMULATION IN DISTILLED WATER AND pH 6.8 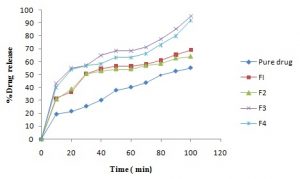 FIG. 10: IN VITRO RELEASE OF EZETIMIBE FROM MICROSPHERES BY SPRAY DRYING

The increase in dissolution from the microspheres and physical mixtures was probably due to the wetting, solubilizing effect and amorphizing power of HP-β-cyclodextrin, which could reduce the interfacial tension between the Ezetimibe and the dissolution medium, thus leading to a higher dissolution rate than pure Ezetimibe. The large surface area of the resulting microspheres should result in an enhanced dissolution rate and thereby improve the bioavailability.

The solubility and dissolution of the spray dried microspheres was improved significantly compared with its physical mixture and pure sample of Ezetimibe. The Ezetimibe microspheres containing 1:3 w/w (ezetimibe: HP-β-cyclodextrin) showed highest % of drug release and solubility compare to other ratio, physical mixture and pure sample of Ezetimibe. Stability results data showed that prepared microspheres stable for 6 month as per ICH guidelines and no significant change compared to initial result. Hence, from the above result it can be concluded that spray dried microspheres of ezetimibe is a useful technique to improve the solubility and dissolution of poorly water soluble drug like Ezetimibe.

R. S. Kharwade* and U. Mahajan