INTRODUCTION: Transition metal doped micro structure is an effective method to adjust the energy level surface states of ZnO by the changes in doping concentrations of doped materials and hence in its physical and optical properties 1. Pure ZnO is an eco-friendly material moreover non toxic for human bodies and many of its compounds may be useful in bio-medical applications. ZnO clusters are large band gap semiconductor and they can be produced by various ways 2. ZnO, a direct wide band gap (3.4 eV at Room temperature) compound n-type semiconductor, has a stable wurtzite structure with lattice spacing a = 0.325 nm and c = 0.521 nm and composed of a number of alternating planes with tetrahedrally-coordinated O2- and Zn2+ ions, stacked alternately along the c-axis.

It has a unique position among semiconducting oxides due to piezoelectricity and transparent conducting properties. Its semiconducting property has been favoured by good transparency, high electron mobility, wide band gap, strong room temperature, ultraviolet light emitters, chemical sensors, spintronics and luminescence 3-12. All these predominant properties make ZnO a great potential in the field of nanotechnology. Research on ZnO has continued for many decades following a roller-coaster pattern.

Lattice parameters of ZnO, optical properties and processes in ZnO as well as its refractive index, vibrational properties by techniques such as Raman scattering were extensively investigated. Nanostructures ZnO have many potential applications in photocatalysis 13, 14, solar cell 15, 16, gas sensors 17, 18, fuel cells 19, photovoltaics 20, antibacterial action 21. For practical applications, the proper dopants may be introduced into ZnO and various properties of ZnO can be influenced by the chemical doping or formed intrinsic lattice defects. ZnO doped with several 3d transition metal ions such as V, Cr, Fe and Ni have been reported for their ferromagnetic properties. The doped ZnO would be suitable for number of devices such as spin field emission transistors (FETs) and light emitting diodes (LEDs) with circularly polarized light emission 22. Co-doping in ZnO progressively decreased the photocatalytic activity while the Mn-doping initially increased activity. Wet chemical methods are attractive for their low cost, less hazardous effect; capable of easy scaling up 23 growths occurs at a relatively low temperature, compatible with flexible organic substrates, no need for the use of metal catalysts and can be integrated with well developed silicon technologies 24.

Synthesis of Cobalt Doped Zinc Oxide (Zn1-xCoxO; x=0.05.0.1) Particles: Zn(Ac)2.2H2O, CoCl2 were used as precursors for preparation of doped particles in wet chemical method. Di-ethylene glycol and sodium hydroxide were used for the homogeneity and pH adjustment of the solution and helps to make a stoichiometric solution to get zinc oxide particles. The ZnO powder obtained from this method was calcined at temperature 100 °C. For preparing 5% Co doped ZnO (Zn0.95Co0.05O) and 10% Co doped ZnO (Zn0.9oCo0.1O), zinc acetate and cobalt chloride were taken in a beaker containing distilled water according to calculated stoichiometric ratio.

Diethylene glycol was added to above solution with continuous stirring. NaOH solution was added dropwise and stirred till the pH was maintained to 10-12. The solution was divided into three parts. One part was heated at 100 °C for thirty minutes, second part for sixty minutes and the third part for ninety minutes. It was filtered, washed by distilled water and then by ethanol. The precipitate was dried in the oven and weighed.

Characterization: In order to investigate various properties of the prepared sample, numbers of characterizations techniques have been performed. The results show the different optical and structural properties of the prepared sample. Chemical composition and morphology of the samples were carried out using a scanning electron microscope, SEM (JSM-6490 LV) equipped with Energy Dispersive X-ray (EDX) thermo Electron Corporation. The mean particle size and corresponding standard deviation of the ZnO particles were determined by image analyses of SEM micrographs. FTIR (IR Spectrometer, HicoletTM–6700 of thermo-scienctific USA) was used to study absorbance properties.

Morphology and elemental analysis were carried out by Energy Dispersive Spectra (EDX). EDX (Fig. 2) data shows composition of Co, Zn are present in sample and other impurities such as Mg, Ca, Al, Si ,C and O present in atmosphere. Zn: Co: O ratio has been calculated to be 0.95:0.05:1 and 0.90:0.0.1:1 for 5% Co-doped ZnO and 10% Co-doped ZnO respectively. Other peaks correspond to Al, Ca, Mg, Si, C and O is seen due to some impurities. 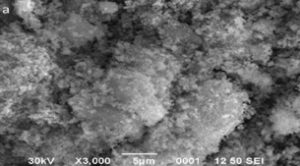 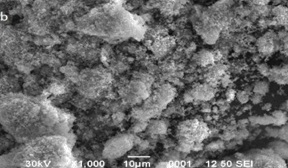 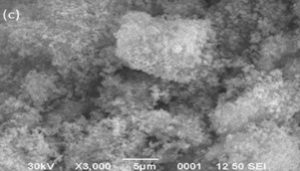 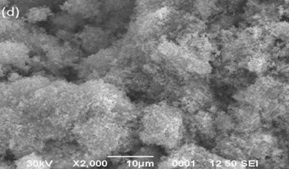 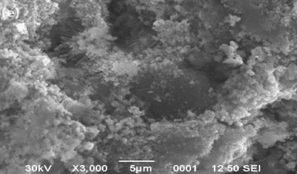 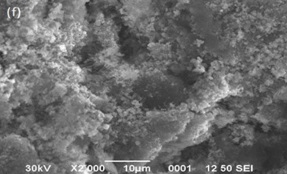 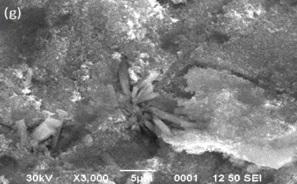 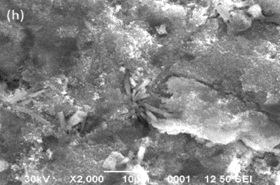 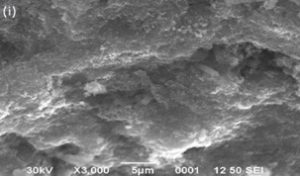 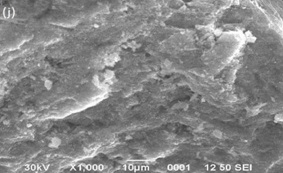 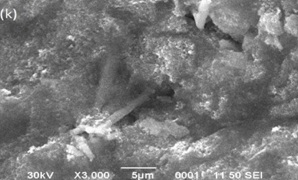 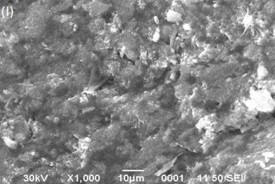 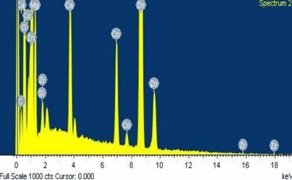 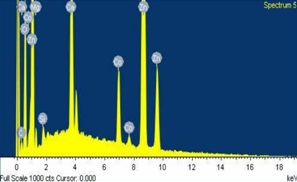 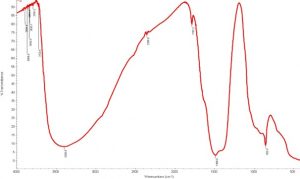 Nanocrystals of 5% and 10% Co doped ZnO particles were successfully prepared by wet chemical aqueous phase synthetic method and characterised by SEM, EDX and FTIR. The effects of dopant contents and synthesis process on the structural and FTIR pattern of the products were discussed. Further studies on this environmentally benign system may provide many interesting aspect in the field of material science.