ABSTRACT: Stroke is a medical condition in which poor blood flow to the brain results in cell death and is the second most common cause of death after coronary artery disease. Stroke patients with added co-morbidities on an average are prescribed with 6-10 medications which increase the potential for Drug-Related Problems (DRPs) including inappropriate dose or indication for medication and Adverse Drug Events (ADEs). DRPs may be defined as "an event or circumstance involving drug therapy that actually or potentially interferes with desired health outcomes." Several studies support medication reconciliation as a mean to reduce ADEs and improve medication use safety. Medication reconciliation is the "process of comparing a patient's medication orders to all the medications that the patient has been taking." Hence, the aim was to assess the impact of medication reconciliation and patient counseling in stroke patients along with identification and categorization of DRPs and conducting patient counseling with the aid of PIL card. The most prominent DRP reported it was associated with treatment effectiveness. The correlation between age, comorbidities, and poly-pharmacy with the incidence of DRPs were found to be statistically significant. Inappropriate drug selection was the major cause of DRPs. 66.26% of the total DRPs were completely resolved, and 9.43% were partially solved. Patient counseling and medication alert card had a significant role in conducting reconciliation. An appropriate tool like PCNE can assist clinical pharmacists and other healthcare professionals to systematically identify, categorize, and report DRPs in a timely manner.

INTRODUCTION: Stroke is a global health problem. It is the second commonest cause of death and the fourth leading cause of disability worldwide. A recent study identified that, in India, 7% of medical and 45% of neurological admissions were due to stroke with a fatality rate of 9% at hospital discharge.

Stroke patients with added comorbidities on an average are prescribed with 6-10 medications which increase the potential for Drug-Related Problems. Therefore, identifying and resolving DRPs is an important priority for health care professionals to help improve the therapeutic benefits and health-related quality of life in stroke patients.

Appropriate tools such as PCNE may assist clinical pharmacists and other health care professionals to systematically identify, categorize, and report DRPs promptly. Medication reconciliation is a formal process of obtaining and verifying a complete and accurate list of each patient’s current medicines (using a standardized and consistent approach), matching the medicines the patient should be prescribed to those they are prescribed. Any discrepancies are discussed with the prescriber and reasons for changes to therapy are documented. Medication reconciliation has been recognized as a major intervention tackling the burden of medication discrepancies and subsequent patient harm at care transitions.

Patient counseling refers to the process of providing information, advice, and assistance to help patients use their medications appropriately. The information and advice are given by the pharmacist directly to the patient or the patient’s representative. It may also include information about the patient's illness or recommended lifestyle modifications. Assorted studies proved that patient education and counseling in stroke population help to prevent further complications, improve medication adherence, and foster the need for rehabilitation.

Thus, the present study helps to evaluate the impact of medication reconciliation to improve clinical outcomes and quality of life in stroke patients. Also, the study also helps in understanding the effect of patient counseling in stroke patients aiming at better patient adherence and patient knowledge.

Study Setting and Criteria: The study was a prospective, interventional study conducted at a tertiary care teaching hospital in India, which included stroke patients admitted in the hospital with related comorbidities and who had at least one past medical and medication history. The study excluded those patients who were transferred to another hospital or died during the study. The duration of this study was 6 months (February 2018 - June 2018). For each patient, demographic information, such as patient age and gender, were collected. From the patient’s medical record, prescription medication data, including the dose, frequency, route of administration was obtained from the date of admission to the date of discharge. Detailed medical and medication history was obtained at the time of admission. The patients were followed up throughout their hospital stay and monitored for the occurrence of DRPs. The identified DRPs were categorized using PCNE V8.01 criteria and assessed for their prevalence.

The recruited patients were randomly allocated to a control group and test group to assess the impact of medication reconciliation. No medication reconciliation was done in the control group. The test group was further subdivided into Test 1 and Test 2 to evaluate the significance of Patient Counseling. Medication reconciliation and knowledge assessment were done for both the subgroups, while patient counseling was provided to the Test 2 group alone. A Knowledge assessment questionnaire (validated using EQIP) was used to assess the improvement in patient knowledge with and without counseling. Content of the prepared PIL card was validated using EQIP questionnaire, and responses were obtained to ensure the quality of PIL card. The readability assessment of Patient Information Leaflet was based on the Flesch Reading Ease Formula [FRE scale]. The output that is RE was found to be 82 [Easy]. The layout and leaflet design of the Information leaflet was assessed using BALD criteria [Baker Able Leaflet Design method]. The PIL card obtained a score of 23 [Standard].

RESULTS AND DISCUSSION: A total of 53 drug-related problems were identified among 118 patients during the study period. Out of 118 patients, 66.67% were males, and 33.33% were females. The results showed that 50% of female patients and 42.30% of male patients had DRPs.

In the study, the majority of the patients belonged to the age group of 60-79 years (45.30%) and 40-59 years (42.74%). This result resembled the study conducted by Margaret Kelly-Hayes et al., (2010), which showed the risk increases with age, the incidence doubling with each decade after the age of 45 years and over 70% of all strokes occur above the age of 65 9. We inferred that an increase in age could lead to an increase in the number of DRPs. The statistical association between age and occurrence of DRPs was found to be significant with a p-value of 0.046.

In the total study population majority of the study, subjects have more than one comorbidities, and among them, systemic hypertension (72.03%) and diabetes mellitus (56.77%) were in the leading role.

Statistical correlation between the number of comorbidities and DRPs was found to be significant with a value of 0.499. Tsuji T et al., (1999), showed that among the comorbidities, hypertension ranked first, followed by diabetes mellitus, which was similar to our study 11.

The study highlighted that patients who received 5-10 drugs (58.47%) had number of DRPs when compared to others. The statistical association between the number of drugs prescribed and DRP was found to be significant at 0.048. This result was by the study carried out by Viswa Srujani Kanagala et al., (2016), which showed that patients receiving 6-10 drugs were found to have more DRPs (59.39%) 7. This observation was supported by a national survey of pharmacy practice in hospital settings.

PCNE classification was used in this study to categorize the drug-related problems. This criterion has been critically appraised as the ideal classification that reflects the outcomes most appropriately, and the results are reproducible. In the study, the prominent DRP was found to be due to problems with treatment effectiveness (43.39%) followed by treatment safety (28.30%). Other DRPs occur due to other causes such as cost-effectiveness, unnecessary drug treatment, or unclear problem or complaints. This is by the study conducted by Mahesh Kumar VP et al., (2017), which showed the drug choice problem, ADR, drug interactions, etc. were the most prevalent type of DRPs 12.

In the study, the major cause of DRP was found to be due to inappropriate drug selection (43.39%) followed by wrong dosage regimen, improper drug use, and patient-related causes (5.66%). 35.84% were due to other factors like inappropriate outcome monitoring. This is by the study conducted by Mahesh Kumar VP et al., (2017), in which drug or dose selection was found to be the major cause for DRP at the rate of 48.9% followed by patient-related causes 12. 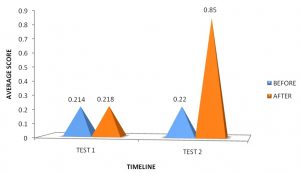 CONCLUSION: In the study, the impact of medication reconciliation was found to be significant in identifying and resolving DRPs in Stroke patients in the Neurology Department.

44.92% of patients were found to have DRPs. Medication reconciliation helped in identifying and resolving the DRPs and helped in achieving a better patient outcome. With the aid of pharmacist interventions, 23 out of the 29 identified DRPs were completely resolved in the test group whereas in the control group, out of the 24 DRPs, only 8 were resolved.

Problems with treatment effectiveness, adding up to 43.39% were the most common discrepancy identified. We could also find that the incidence of DRPs is significantly associated with an increase in age, polypharmacy, and number of comorbid conditions. Improper drug selection was found to be the major cause of DRPs amounting to 43.39%.

This study also revealed the importance of patient counseling using PIL card in achieving better patient compliance, medication adherence, and improved patient knowledge. The average knowledge assessment score per person increased from 0.22 to 0.85.  Alert card helps to identify the Patient details in any emergencies by any healthcare professional.

Physician acceptance toward the interventions suggested was very high. This emphasizes the role of clinical pharmacist in identifying and resolving DRPs efficiently. Most importantly, clinical pharmacists can play an excellent role in retrieving patient-specific information by directly interacting with the patients, which in turn helps in maximizing patient benefits from the therapy.