Institute of Biotechnology and IT 2, Bareilly, Uttar Pradesh, India

Expression of chicken anemia virus VP-2 gene was demonstrated in E. coli. In this study CAV-VP2 gene was inserted in Pgex-5x-3 vector then expressed by fusion protein in E. coli. The expression was detected on CAV infected MSBI cells by indirect immunoflourocent assay (IFA).

The result showed that the expressed protein retained some antigenicities of nature CAV-VP2 and could be used for further study on biological activities of CAV VP2 3.

Hence, in this study, the expression of CAV-VP3 gene in HeLa cells using IPT and IFAT was undertaken.

Gene: The recombinant plasmid pVAX1.cav.vp3 5 was used in the present study.

Transfection: The calcium phosphate DNA- coprecipitate was prepared by combining CaCl2 with plasmid DNA in sterile microfuge tube and added 80µl DW in it and kept for 1 minute. Immediately transferred 20µl calcium phosphate- DNA suspension in each well of 96 well microtiter plate.

Then 100µl of HeLa cells suspension was added into each well. Keep control well without transfection. The plate was incubated at 37°c for 72 hours at 5% Co2 tension and humidity 6. After incubation the cells were assayed for expression of the transformed gene using IFAT and IPT technique.

Indirect Immunoflourescent Assay: After 72 hrs of transfection, the medium in 96 well plates was poured off and washed with PBS and fixed with 4% paraformaldehyde. The mock transfected HeLa cells were also fixed as control. To the fixed monolayer, 1:50 diluted mouse anti VP3-CAV hyperimmune  serum was added and incubated at 37°C  for 1 hr.

After incubation the wells were washed with PBS again incubated with goat-anti mouse FITC conjugated secondary antibody and incubated further for 1hr at 37°C. Thereafter, wash the cell monolayer with PBS, mounted in 5% glycerol in PBS and examined under fluorescent microscope (Nikon, Japan) and photographed.

Immunoperoxidase test: The initial method upto transfection was as described under FAT method. After 72 hrs of transfection medium was removed, wells washed with PBS and then fixed with chilled acetone at 4°C for 1 min and air dried. Added few drops of anti-cav-vp3 hyperimmune serum and incubated at 37°C for 1 hrs in humid chamber. Then washed with PBS and put few drops of goat anti-mouse-HRP and incubated at 37°c for 1 hr then rinsed the wells with PBS and air dried.  Put 2-3 drops of Nadi reagent and allowed to react for 2-5 mins and then rinsed with PBS .Treated for 1 min with each 70%, 90%, and 100% alcohol followed by quick wash with xylene and mounted with DPX mountant. Observed under microscope and photographed. 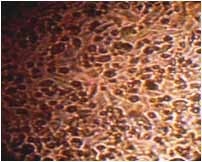 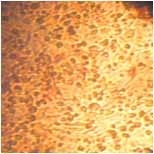 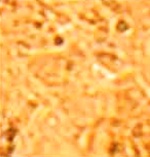 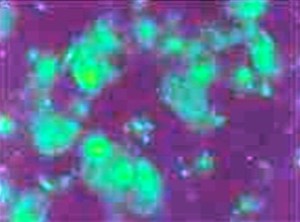 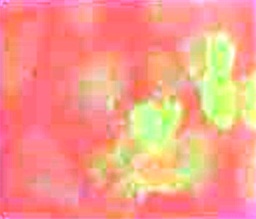 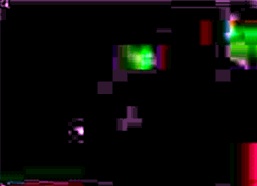 DISCUSSION: Many studies have been done that provided insight into expression of CAV VP gene. The expression and characterization of highly antigenic domains of chicken anemia virus viral VP2 and VP3 subunit proteins in a recombinant E.coli for sero-diagnostic applications was studied. The results indicated that VP2 and VP3 show good immunoreactivity with CAV-positive chicken sera, whereas VPI was found to be show less immunoreactivity than VP1 and VP2 7.

The expression of chicken anemia virus was demonstated by other workers also 8, 3.

It has been demonstrated that the VP3 protein expression alone was able to induce apoptosis in transformed cells and in human derived cancer cells but had no effect on normal cells 4.

Thus our observations are in full agreement with the results obtained by other workers.

CONCLUSION: Successful expression of VP3 gene in HeLa cells was done and it is concluded that the gene shows high level of expression. It shows that the gene can be used for further studies in field of antitumor activity.

ACKNOWLEDGEMENT: The author are thankful to the vice chancellor,  Mewar University, Rajasthan  and  Institute of Biotechnology & IT, 197, Mudiya Ahmadnagar, Bareilly, U.P. India for providing necessary  research facilities for carrying out this work.