This study was undertaken to determine the prevalence and determinants of family self-medication in children in northeast India. A validated structured interview schedule was used in 487 caregivers of children attending the out-patient department and in-patient ward of the department of pediatrics, Regional Institute of Medical Sciences, Imphal, India. The study schedule included questions related to the socio-demographic profile of the participants and their practice of self-medication for their children for the last 6 months. Descriptive statistics like mean and percentage were used. Chi square test was used for significance. A p value of <0.05 was considered as significant. The prevalence of self-medication was found to be 56.1%. The preference of self-medication was significantly dependent on the age of children. The preference was, however, not significantly dependent on gender, birth order of children, or educational and socio-economic status of parents.

INTRODUCTION: Children comprise a large percentage of the population in developing countries and are prone to many illnesses. The response of many families towards illness of their children is use of drugs without a prescription. This type of self medication (SM) is regarded as an important component of primary health care in most countries 1, 2.

SM increases the risk of adverse drug reactions, drug resistance, and masks the diseases especially in children. In Nigeria, the prevalence of SM among infants has been reported to be 47.6% 3.

A study conducted in Sydney revealed that 44% of parents administered wrong SM to their children 4. In India, the prevalence of SM among pre-school age children has been reported to be 58.91% 5.

METHODS: This cross sectional study was conducted at the out-patient department and in-patient ward of the department of pediatrics, Regional Institute of Medical Sciences, Imphal. It was conducted after taking approval from the institutional ethics committee, for three weeks, in the month of April 2012.

A validated structured interview schedule was used as study instrument.

The interview was conducted in local language after taking informed oral consent from the participants.  The interview schedule was adapted from questionnaire based studies of SM conducted previously 6, 7. Data entry and analysis was done by using SPSS version 16 8. Chi square test was used for significance. A p value of <0.05 was considered as significant.

RESULTS: Out of 493 caregivers contacted for the interview, six did not provide verbal consent and were excluded from the study. The response rate was 98.9%. Out of total respondents, 52.8% were from rural and 47.2% from urban Imphal. Their mean age was 32.45±8.41 years.

The various sources of SM were pharmacy (65%), left over previous prescription drugs (33.4%), and indigenous practitioners (1.6%). The reasons for SM and drugs used are shown in Figure 1 and Figure 2. 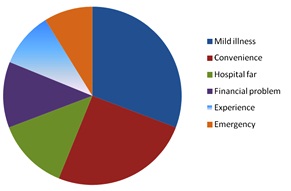 FIGURE 1: THE REASONS FOR SELF MEDICATION 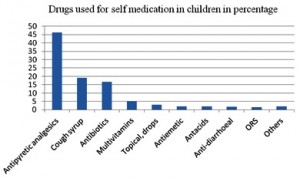 FIGURE 2: DRUGS USED FOR SELF MEDICATION

The results for the determinants of SM are discussed below.

TABLE 1: PREVALENCE OF SELF MEDICATION PREFERENCE BASED ON THE AGE OF CHILDREN

In this study, 47.2% participants were from urban and 52.8% from rural Imphal. Previous studies have reported more use of SM in people living in urban India 13, 14. The reason for this difference could be the fact that this is a hospital based study.  In this study, there was a highly significant difference (p=0.005) between the prevalence of SM based on the age of children. SM was common in the age group of 1 to 4 years (38.5%) and was less below 6 months (9.6%). This correlates with a study conducted in children at Sana, Yemen 15.

SM was least in the age group below 6 months. This positive finding may be explained by the fact that parents are not comfortable to give SM to young infants. The pharmacists also may be refusing to give medicines to young children.

In this study, there was no significant difference in the prevalence of SM based on the gender of children and also birth order. Previous studies have reported more use of SM in girl child 15. This may be explained by a finding that sex ratio in urban Imphal community was favorable towards females 16. Also, SM was found to be least in case of illiterate parents (Father: 3.8%; mother: 11.5%). It was found to be more with the increased educational status of the parents. It was, however, not significantly related to parental occupation.

Another study conducted on house wives in north India has shown that years of education are directly related to the use of SM 17. However, a study conducted in Riyadh did not find any association between SM and occupation 18. SM was found to be less in families with income less than Rs. 5000 per month (30.3%). It was more with family income of 5000 to 10,000/month (41.3%), and reduced with increase in income above 10,000/month (28.4%).

CONCLUSION: This study was conducted in a hospital set up with the idea of having children across all age groups and of urban and rural habitation. The prevalence of SM was found to be 56.1%. This preference was significantly dependent on the age of children. The preference was, however, not significant in relation to gender, birth order of children, or educational and socio-economic status of parents. This study, even though, was conducted for a short duration, could detect the prevalence and determinants of SM in children among 487 caregivers.

Such studies should be conducted for a long duration and in community covering larger population to identify the risk benefit ratio of SM. Appropriate measures should be taken to prevent the problems associated with SM. This should include awareness and education of family members and improvement in dispensing modes of drugs.  This should be achieved through proper education of pharmacists, and enforcing regulatory and managerial strategies towards drug marketing.