As the psychotic, pediatric and geriatric patients are unable to swallow the medicine mouth dissolving drug delivery systems are designed for rapid dissolution and absorption of drug in the mouth within minutes without the need of water or chewing. Olanzapine is water insoluble drug hence to make it solubilize it is formulated as drug- polymer inclusion complex by using. The aim of the present study was to formulate olanzapine orodispersible tablets by using β-cyclodextrin and superdisintegrants to enhance the solubility of the drug. The drug, polymer and inclusion complex were investigated for drug interactions, complex formation and change in crystallinity by using infrared, differential scanning calorimetry, x-ray diffraction and the tablets were developed by using the direct compression and were investigated for in-vitro dissolution behavior and drug content. β-cyclodextrin (1:1M) can be used to enhance the solubility and dissolution rate of the drug. AC-DC-SOL (crosscarmellose sodium) as a super disintegrant shows faster release than both control and formulation by other superdisintegrants for quick release of the drug from the tablet

INTRODUCTION: Fast mouth dissolving/dispersing 1 have become as a new drug delivery system, they are easy to administer and quick onset of drug action is possible Since drug is directly absorbed in the systemic circulation, degradation in the gastro intestinal tract and first pass effect can be avoided. Moreover better patient compliance is expected because this system does not require being swallowed as in the case of conventional tablet therefore beneficial in patient with dysphasia or difficulty in swallowing.

Like, complexation with ion exchange resin, inclusion complexes, and formulation of different salts etc, Olanzapine is an antipsychotic agent block serotonin-dopamine receptor, which is used in the treatment of schizophrenia. It is practically insoluble in water, can enhance the solubility by forming inclusion complex by using β-cyclodextrin. Orodispersible tablet of olanzapine is prepared by using direct compression method 1, 2, 3, 4. The other method for the preparation of mouth dissolving tablet like freezing drying molding, sublimation method 5.

Kneading Method: One molar of olanzapine and one molar of β-cyclodextrin were mixed using mortar and pestle. After physical mixture, added 1:1 portion of water and ethanol in physical mixture and continuously kneaded the mixture by using motor and pestle for 10-15 minutes, a paste like consistency formed, and keep in hot Air oven at 40-45oC for one hour. After complete dryness, it passed through sieve number 40.

Preparation of Orodispersible Tablet by Direct Compression Method 2, 6: Direct compression method was employed to develop an orodisdipersible tablet with taste and texture acceptable to patient and with sufficient structural integrity. Tablets were prepared from control formulation, using various concentration of superdisintegrant such as 2-5% of crosspovidone, 2-5% of crosscarmellose sodium, 2-5% of sodium starch glycolate. Mixed blend drug inclusion complex and excipient was compressed on single punch rotary tablet punching machine the total weight of tablet were made to 175mg the formula for the formulation of tablet were shown in table 1. Compressed tablet were subjected to evaluate as per monograph.

Drug Content in Drug Polymer Inclusion Complex: Drug polymer inclusion complex prepared by kneading method it was evaluated for the drug content. Drug polymer complex equivalent to 10 mg of the drug was stirred with 100ml of ethanol (100 mcg/ml) for 60 mints, till the entire drug leached out, then it was filtered further dilution were made with phosphate buffer 6.6 pH and the drug content  was noted by using UV- spectrophotometrically at 253.5nm using phosphate buffer 6.6 pH as blank.

In Vitro Dissolution Studies 4, 8: Dissolution rate was studied by using USP type I apparatus with 900ml of phosphate buffer pH- 6.6 as dissolution medium maintained at 37±0.5˚C medium was stirred at 50 rpm. Samples were withdrawn at specific time interval, replacing the same amount with the fresh medium. Drug releases were determined by using UV spectrophotometerically at 253.5nm.

RESULT AND DISCUSSION: Olanzapine orodispersible tablet were designed with the objective of immediate release of the drug for improved patient compliance and better bioavailability. Therefore the rapid release of the drug is enhanced by using superdisintegrant like crosspovidone, crosscarmellose sodium, and sodium starch glycolate. Olanzapine is water insoluble in nature, the solubility were enhanced by making drug polymer inclusion complex using beta cyclodextrin and the solubility enhancement by the effect of beta cyclodextrin were studied and compared with the pure drug result were shown in table 3 & figure 1. All compressed tablet were observed that the result of weight variation, hardness, friability, disintegration time and drug content were shown in table 2. 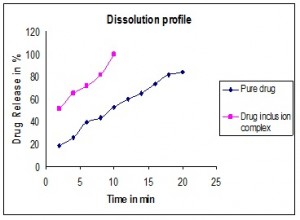 FIG. 1: EFFECT OF BETA CYCLODEXTRIN ON THE SOLUBILITY OF OLANZAPINE 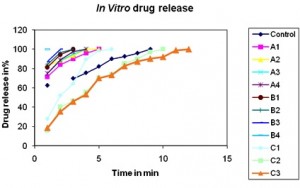 FIG. 2: IN VITRO DRUG RELEASE PROFILE FOR THE COMPRESSED TABLET