Metoprolol is a beta1-selective (cardio selective) adrenergic receptor blocking agent used in the treatment of Hypertension. The purpose of this investigation is to improve bioavailability by preparing a gastroretentive drug delivery system. Floating tablets of Metoprolol Succinate were prepared by employing two different grades of HPMC K4M and HPMC E15M in different concentrations by effervescent granulation technique. These grades of HPMC K4M and HPMC E15M were evaluated for their gel forming properties. Sodium bicarbonate was incorporated as a gas-generating agent. The tablets were evaluated for uniformity of weight, hardness, friability, drug content, in vitro buoyancy and dissolution studies. The prepared tablets exhibited satisfactory physicochemical characteristics. All the prepared batches showed good in vitro buoyancy. The tablet swelled radially and axially during in vitro buoyancy studies. It was observed that the tablet remained buoyant for 6-8 hours. A combination of 5:1 sodium bicarbonate and magnesium stearate was found to achieve optimum in vitro buoyancy. The tablets with HPMC K4M and HPMC E15M with drug in the ratio of 1:1:2 were found to float for longer duration and released found to be 98.98%. FTIR show that there is no interaction with drug and other excipients. Selected Formulation F4 were subjected to FTIR  that shows that is compatible and release was  found superior to marketed conventional tablets with respect to floating and found to be stable.

INTRODUCTION 1-6: Oraldelivery of drugs is by far the most preferable route of drug delivery due to the ease of administration, patient compliance and flexibility in formulation etc. From immediate release to site-specific delivery, oral dosage forms have really progressed. However, it is a well-accepted fact that it is difficult to predict the real in vivo time of release with solid.

Gastric emptying of dosage form is an extremely variable process and ability to prolong and control the emptying time is a valuable asset for dosage forms, which reside in the stomach for a longer period of time than conventional dosage form.

In such circumstances, prolonged gastric retention is important in achieving control over the gastric retention time (GRT) because this helps to retain the CR system in the stomach for a longer and predicted time. In addition, this improves the bioavailability of the basic drug that has poor solubility in higher pH and drugs having narrow absorption window (Upper part of GIT). 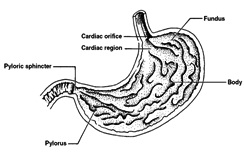 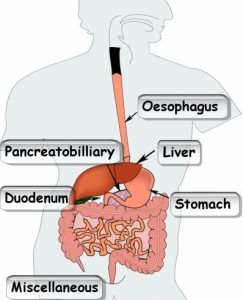 Various approaches in Gastroretentive Systems 7: Dosage forms with a prolonged GRT, i. e. gastro-remaining or gastroretentive dosage forms (GRDF) will bring about new and important therapeutic options. For instance, they will significantly extend the period of time over which drugs may be released, and thus prolong dosing intervals and increase patient compliance beyond the compliance level of existing controlled release dosage forms. Many of today's so-called "Once-a-day" formulations will become replaced by products with release and absorption phases of approximately 24 hours.

Also, GRDF will greatly improve the pharmacotherapy of the stomach itself through local drug release leading to high drug concentrations at the gastric mucosa which are sustained over a long period of time. For example, the eradication of Helicobacter pylori, which today requires the administration of various medications several times a day according to a complicated regimen and which frequently fails as a result of insufficient patient compliance, could perhaps be achieved more reliably using GRDF to administer smaller drug doses fewer times.

Finally, GRDF will be used as carriers for drugs with so called absorption windows: these substances are taken up only from very specific sites of the gastrointestinal mucosa, often in a proximal region of the small intestine. Conventional controlled release dosage forms pass the absorption window while they still contain a large and rather undefined portion of the dose which is consequently lost for absorption. In contrast, an appropriate GRDF would slowly release the complete dose over its defined GRT and thus, make it continuously available to the appropriate tissue regions for absorption.

Method of preparing the Standard Curve: An accurately weighed 100mg of pure drug (Metoprolol succinate) was taken in a clean dry container. In a clean 100ml of volumetric flask the drug was placed. Volume is make upto accurately 100ml to the volumetric flask, by using the solvent 0.1N HCl. And shake slowly for few times. Allow the drug to dissolve in the 0.1N HCl. This solution gives the concentration 1000 µg/ml. Then 10ml of the above solution was pipetted out into a 100ml of a another volumetric flask and made the volume upto 100ml with 0.1N HCl to give the stock solution of concentration 100mg/ml.

Procedure of Standard Plot: Various concentrations were prepared by suitable diluting working standard solution were measured at 222 nm using U.V.Visible spectrophotometer. Then, the standard plot of Absorbance vs. Concentration was drawn the data show in table 2. 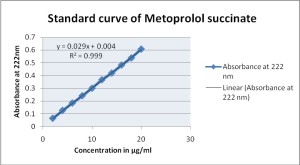 Where, h is height of the pile, and r is radius of the pile. The test was repeated thrice.

Relationship between powder flow and angle of repose: 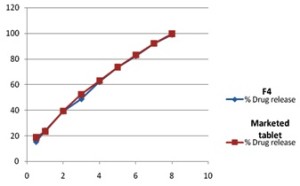 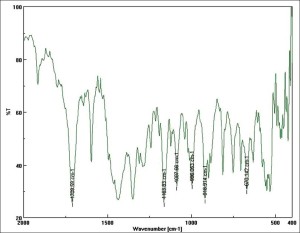 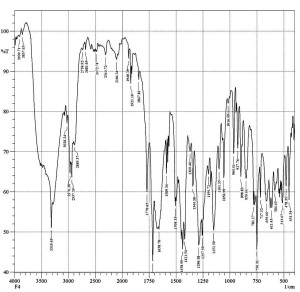 ACKNOWLEDGMENT: The authors are thankful to by Emami Pvt. Ltd., Kolkata, for completion of this work.