FORMULATION AND OPTIMIZATION OF BUPROPION HCl MICROSPONGES BY 23 FACTORIAL DESIGN

FORMULATION AND OPTIMIZATION OF BUPROPION HCl MICROSPONGES BY 23 FACTORIAL DESIGN

ABSTRACT: The rationale of the present study was to formulate & optimize the floating Bupropion HCl microsponges by 23 factorial design. The concentration of ethyl cellulose (EC), polyvinyl alcohol (PVA) and Dichloromethane (DCM) were selected as independent variables. Floating lag time & % drug release were selected as independent variables. Factors, their levels (with values) were substituted in the design of experiment software (Sigma tech version 3.1). The effect of factors at different levels on response variable was predicted using poly nominal equations. FTIR studies revealed that no chemical interaction between drug & polymer used. DSC confirmed molecular dispersion of drug in the microsponges polymer matrix. Quasi emulsion solvent diffusion method was used to formulate microsponges. Bupropion HCl showed acceptable flow. The morphology of microsponges was studied using SEM and it was found that microsponges were spherical and porous. USP Type II dissolution apparatus with cellophane membrane was used to study in vitro drug release. Kinetic studies revealed that drug release from optimized formulation followed Higuchi’s model and diffusion is the controlled release mechanism. From Polynomial equations it was found that increase in concentration of PVA decreased floating lag time and % drug release. Optimized formulation studies showed satisfactory in vitro drug release for more than 16 h with less than 1 min floating lag time. Based on simulation (by DoE software) most economical batch (optimized) decided which were in desired range. The results demonstrated the effectiveness of proposed design for development of Bupropion HCl microsponges for the treatment of psychosis.

INTRODUCTION: The oral route is promising route of drug delivery. Most of the drugs are given by oral route. Enhanced bioavailability and targeting, sustained drug delivery/reduced frequency of dosing, targeted therapy for local ailments in the upper GIT, Reduced fluctuations of drug concentration, improved selectivity in receptor activation, reduced counter-activity of the body, extended time over critical (effective) concentration are the advantages of gastro retentive drug delivery systems (GRDDS)  that  have a bulk density lower than gastric fluids and thus remain buoyant in the stomach, for a prolonged period of time, without affecting the gastric emptying rate.

A Microsponge Delivery System (MDS) is potent, highly cross-linked, porous, polymeric microspheres that can entrap wide range of actives and then release them over a time and in response to trigger. Bupropion HCl is the most commonly prescribed antidepressant by physicians for treatment of Psychosis. Bupropion HCl, (±)-1-(3-chlorophenyl)-2-[(1,1 dimethylethyl) amino]-1-propanone hydrochloride an antipsychotic drug, was selected as a model drug for this study. Selected Bupropion HCl belongs to BCS Class I drug i.e. high solubility and high permeability. To maintain the drug in plasma it has to be administered thrice a day which results in severe side effects especially in case of slow acetylators. These side effects are highly dose-dependent; if frequency of dose administration is reduced side effects can be minimized hence the Bupropion HCl is proved to be a suitable candidate for controlled release dosage forms. Factorial designs are used in experiments where the effects of different factors or conditions on experimental results are to be elucidated. These are the design of choice for simultaneous determination of the effect of several factors and their interaction. If there are three factors, each at two levels, eight experiments are necessary which are situated at the corners of an orthogonal cube in a 3-dimensional space 1-3.

Differential scanning calorimetry: 4-5 The DSC measurements were carried out on a Mettler Toledo DSC – 822e model. The accurately weighed sample was placed in an aluminium pan. An empty aluminium pan was used as reference. The experiment was carried out in a nitrogen atmosphere at a scanning rate of 10ºC / min in the range of 30 - 220ºC.

Solubility analysis: The solubility of API was determined by dissolving the highest unit dose of the drug in 250 mL of buffer adjusted between pH 1.0 and 8.0.For this purpose 0.1N HCl, pH 4.6 buffer, pH 6.8 buffer and purified water were used . Highest dose of the drug i.e., 400mg was dissolved in 250 mL of medium and was kept untouched for 6 h. Later on the insoluble drug was filtered off and the solution was analyzed by UV Spectroscopic technique.

Analytical method -Standard Calibration curve by Ultraviolet Visible Spectroscopy: 10 An accurately weighed amount of 100 mg drug was transferred into 100 ml volumetric flask and then the volume was made up to the mark with 0.1N HCl. From the stock solution 0.6, 0.8, 1.0, 1.2, 1.4, and 1.6 ml of sample was taken diluted up to 100  ml using 0.1N HCl in a 100 ml volumetric flask resulting in concentrations of 6, 8, 10, 12, 14, 16µg/ml solutions. These were analyzed at 252 nm and calibration curve was plotted taking concentration in µg/ml on X-axis and absorbance units on Y-axis.

Angle of repose: A funnel was kept vertically in stand at a specified height above a paper placed on the horizontal surface. The bottom was closed and the weighed quantity of API was filled in funnel. The funnel was opened to release the powder on the paper to form a smooth conical heap. The height of the heap was measured using the scale 11. A border heap was marked circularly and its diameter was measured at four points. The average diameter was calculated and radius was found out from it. Angle of repose was calculated using the following equation.

Determination of bulk and tapped density:

Where, M is the mass of powder. Vb is the bulk volume of the powder.

Tapped Density: It was measured by tapping the powder by many times (approximately 750-1000) and tapped volume was noted. From this tapped density calculated according to the formula mentioned below:

Hausner’s Ratio: It is calculated by the formula as follows:

Where, DT is Tapped density of powder, DB is the Bulk density of the powder.

TABLE 1: EXPERIMENTAL DESIGN OF TABLETS AS PER 23 FACTORIAL LEVEL

Formulation of Bupropion Hydrochloride Microsponges by Quasi-Emulsion Solvent Diffusion Method: 12 The internal phase of drug-polymer solution prepared in a volatile solvent dichloromethane and then it was added to external phase comprising of aqueous polyvinyl alcohol (PVA) solution with vigorous stirring. Glycerol (1 ml) was added at an adequate amount in order to

Morphology: For assessing morphology and surface topography, prepared microsponges were examined under scanning electron microscope (LEO 440i, UK) operated at 30 kV. By means of double adhesive tape, samples were mounted on a metal stub coated with platinum/palladium alloy under vacuum.

Where, f is number of particles in each size, m is mean particle size

Production yield: The product yield of microsponges can be calculated by the following formula

Floating lag time: The test was performed by placing 150mg equivalent of microsponges in 250 ml beaker containing 0.1N HCl, maintained at pH 1.2 and temperature 37±0.50C in water bath. The time between introduction of dosage form and its bouncy is floating lag time. 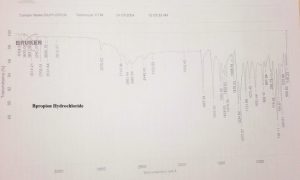 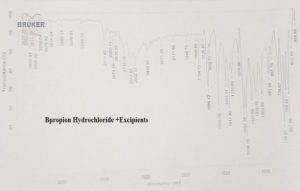 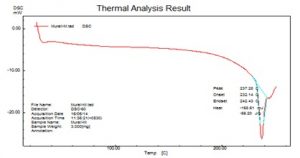 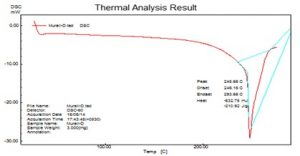 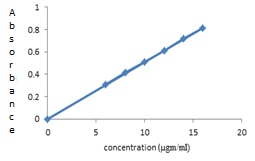 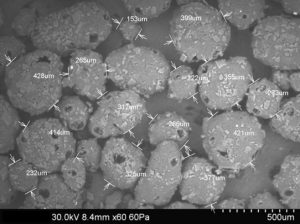 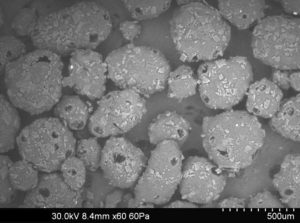 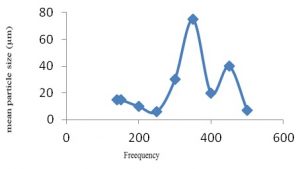 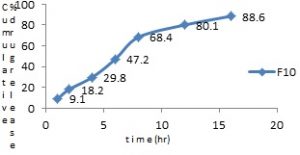 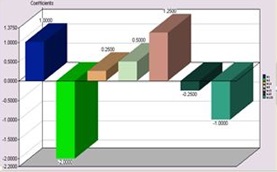 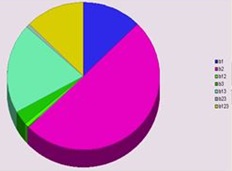 FIG.12: PIE DIAGRAM CONTRIBUTION OF FACTOR WITH RESPECT TO Y1 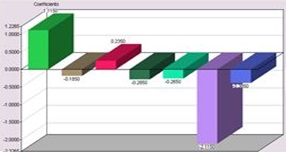 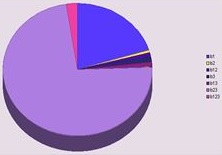 FIG.14: PIE DIAGRAM CONTRIBUTION OF FACTOR WITH RESPECT TO Y2

DISCUSSIONS: Critical Quality Attributes (CQAs) based on their strong correlation to Total Quality Product Profile (TQPP) were considered for Design of experimentation to ensure a predefined quality of the product. In order to define the “design space” the critical formulation variables (independent variables) and the dependent variables able to measure the product quality were defined based on prior knowledge and preliminary studies. The independent variables considered for Microsponges formulation were ethyl cellulose, Poly vinyl alcohol, dichloromethane since they were considered critical in determining responses Floating lag time & % drug release. Microsponges were prepared by Quasi emulsion solvent diffusion method. On comparison of FT-IR spectrums it was observed that there is no appearance of new peaks and shifting of already existed peaks (Fig. 1 & 2). The endothermic peak observed at 233ºC, this is attributed to the melting point of pure Bupropion HCl shown in Fig 3. In Fig. 4 peak observed at 231ºC this indicates that there is no much difference in the melting point of the drug in the thermographs of drug and that of with excipients. It may be concluded that, the drug is compatible with the excipients.

Moreover, the calibration curve of Bupropion HCl exhibited a good correlation between the concentrations and the absorbance in this range (R2 = 0.981). Flow properties like bulk density, tapped density, compressibility index, Hausners ratio and angle of repose are shown in Table 4. Based on the flow properties it was observed that the flow was acceptable. Morphology of microsponges determined by SEM and results were shown in Fig. 6 and 7. Scanning Electron Microscopic studies revealed that microsponges are spherical and porous. Particle size was determined by using optical microscopy and results were shown in Fig. 8. The Mean particle size of formulated microsponges was found to be 325µm for 225 particles. Results of loading efficiency, product yield and floating lag time for formulations F1-F10 is shown in Table 5. From the data loading efficiency ranges from 68.7% - 74.4% and product yield ranged from 78.6-85.4% and floating lag time from 39-45 sec. In vitro drug release (Fig 9 and 10) and release kinetics for formulations F1-F9, optimised formulation (F10) shown in Table 6. F1 shows 90% of drug release at the end of 16th hour, whereas formulations F3-F9 shown 92.3, 93.4, 94.4, 94.2, 96.2, 89.9, 91.3 and 93.6% respectively. All formulations matched with the USP criteria of bupropion HCl oral controlled release formulation. R2 values and n values for formulations F1-F9, optimised formulation (F10) shown in Table 6. All formulations shown high R2 values for first order release (0.9834-0.9873) than zero order (0.9191-0.9369) hence drug release mechanism is first order i.e., concentration dependent. Higuchi kinetics showed highest of R2 value (0.9654-0.9761) when compared to hixoncrowell (0.9327-0.9532) so drug release is controlled by diffusion mechanism. Drug diffusion follows ficks law of diffusion i.e. fickian diffusion because all the formulations shown n value less than 0.4 (Table 6).

CONCLUSION: The basic goal of the present work is to achieve a steady state blood drug concentration level that is therapeutically effective and non-toxic for an extended period of time. The design of proper dosage form is an important element to accomplish this goal. One such area of research is design of targeted Floating drug delivery System. Bupropion HCl is one of the most important CNS stimulant agents used in the treatment of acute to chronic psychosis with a half-life of 8-16 h and requires multiple daily doses to maintain adequate plasma concentrations which results in severe side effects. More over the side effects are dose dependent. Hence Bupropion HCl can be regarded as a suitable candidate for controlled release dosage forms. Bupropion HCl floating microsponges were prepared by Quasi-Emulsion Solvent Diffusion Method with 23 factorial design by using ethylcellulose, PVA & Dichloromethane.

Among all the formulations (F10) optimized formulation showed 88.6% controlled drug release at the end of 16 hours and 40 sec of floating lag time. Hence it can be concluded that bupropion HCl floating microsponges formulated and optimized by 23 full factorial design is expected to provide clinician with a new choice of safe and more bioavailable formulation in management of psychosis. The present study has got future scope for the further pharmacokinetic and pharmacodynamic evaluation.

ACKNOWLEDGEMENT: The authors are thankful to Raghavendra Institute of Pharmaceutical education and Research, for providing opportunity to conduct the above research.