The purpose of this research was to develop fast dissolving tablets of olanzapine and to optimize the processing variables. Tablets containing olanzapine, camphor, crosscarmellose, and directly compressible lactose were prepared by direct compression technique. The tablets were compressed and later exposed to vacuum. Sublimation of camphor from tablets resulted in superior fast dissolving tablets. The tablets were evaluated for percentage friability, wetting time, and disintegration time. In this investigation, a 22 full factorial design was used to investigate the joint influence of 2 formulation variables: amount of camphor and crosscarmellose. A checkpoint batch was also prepared to prove the validity of the evolved mathematical model. The results of multiple linear regression analysis revealed that for obtaining a rapidly disintegrating dosage form, tablets should be prepared using an optimum concentration of camphor and a higher percentage of crosscarmellose. The systematic formulation approach helped in understanding the effect of formulation processing variables.

INTRODUCTION: The tablet is the most widely used dosage form because of its convenience in terms of self-administration, compactness, and ease in manufacturing. However, geriatric and pediatric patients experience difficulty in swallowing conventional tablets, which leads to poor patient compliance. To alleviate this problem, the tablets are expected to dissolve or disintegrate in the oral cavity without drinking water.

Mouth dissolve tablets (MDT) or melt in mouth or fast dissolving tablet or rapid dissolving tablet, is the name coined for these tablets. These are novel types of tablets that disintegrate/dissolve/disperse in saliva. They are also suitable for the mentally ill, the bed-ridden, and patients who do not have easy access to water. The benefits, in terms of patient compliance, rapid onset of action, increased bioavailability, and good stability make these tablets popular as a dosage form of choice in the current market 1, 2.

The basic approach used in the development of fast dissolving tablets is the use of superdisintegrants 3. The alternative approach is to maximize the pore structure of the tablet matrix either by freeze drying or vacuum drying techniques 3. Freeze drying is cumbersome and it yields a fragile and hygroscopic product.

Therefore, it was decided to adopt the vacuum-drying technique in the present investigation. Vacuum drying is usually adopted after addition of a subliming agent to increase the porosity of tablets. It is likely that a porous hydrophilic matrix will easily pick up the disintegrating medium and break quickly.

Fast dissolving drug delivery systems (FDDS) have rapidly gained acceptance as an important improved way of administering drugs orally. FDDS disintegrate and/or dissolve rapidly in the saliva without the need for water. As drug dissolves in saliva, it bypasses enterohepatic circulation and prevents first-pass metabolism if it is absorbed in mouth, which improves bioavailability of drug and reduces dosing frequency and dose related side-effects. Drugs which are unstable in the acidic environment or destroyed by enzymatic or alkaline environment of intestine can be administered by this route 4.

Mouth dissolving tablet of olanzapine, an atypical antipsychotic agent for the treatment of schizophrenia is highly appropriate as it has ease of administration for patients who are mentally ill, disabled and uncooperative 5, 6. Also olanzapine is associated with weight gain perhaps of its antihistaminergic and serotonin (specifically 5-HT2c) antagonistic properties. Patients who switched from olanzapine oral tablets to olanzapine orally disintegrating tablets lose weight gain in contrast to a body weight increase in the group that continued oral tablet 7. Further, olanzapine complies with the characteristics of the ideal drugs for fast dissolving tablets such as a small dose, optimum molecular weight, unionized at salivary pH and a long elimination half life (21-54 hour) 8, 9.

An attempt was made in the present investigation to prepare FD tablets of olanzapine using sublime material.

Preparation of olanzapine Tablets (Preliminary Trials and Factorial Design): Olanzapine, directly compressible lactose, crosscarmellose sodium, mannitol, orange flavor, aspartame, camphor were sifted through sieve 44 BSS. The blend of previous step was mixed for 10 min in a polybag. Then the granules were lubricated with 1% w/w magnesium stearate (which was previously sifted through sieve 60 BSS) by mixing for 5 min in a polybag. The lubricated granules ready for compression were converted into tablets using a single punch tablet machine equipped with 7/32 biconvex round punch to get the target weight and adequate hardness. The obtained tablets were subjected to vacuum drying to facilitate the sublimation in vacuum oven at 40°C for 2 hrs. The composition of the preliminary and factorial design batches is shown in Table 1 and 2 respectively.

Values are given as mean ± standard deviation

Five circular tissue papers of 8.5cm diameter were placed in a Petri dish with an 8.5cm diameter. 8.5 ml of water containing eosin, a water-soluble dye, was added to the Petri dish. A tablet was carefully placed on the surface of tissue paper. The time required for water to reach the upper surface of the tablets was noted as the wetting time. The disintegration time was measured by using Disintegration test apparatus USP 22 without disc at 37±2oC and the results were recorded in Table 4.

Values are given as mean ± standard deviation

Full Factorial Design: A 22 randomized full factorial design was used in the present study. In this design 2 factors are evaluated, each at 2 levels, and experimental trials are performed at all 4 possible combinations 10, 11. The amount of superdisintegrant, crosscarmellose (X1), and the amount of subliming agent, camphor (X2), was selected as independent variables. The disintegration time and percentage friability were selected as dependent variables.

RESULTS AND DISCUSSION: In the present study, the preliminary trials were prepared by direct compression using the superdisintegrant crosscarmellose, the sweetening diluents mannitol and either, the directly compressible lactose or microcrystalline cellulose with and without 10% subliming agent camphor. Batches 1 & 3 are without camphor, 2 & 4 are with camphor. The prepared tablets of batches 2 & 4 were vacuum dried at 40oC for 1 hour for sublimation of camphor and then all the batches were evaluated for hardness; disintegration time and friability. The choice of mannitol as diluents was based on its pleasant mouth feel; also mannitol imparts crystallinity and hardness to the tablet matrix and palatability. Among the soluble diluents, lactose was selected as a model soluble diluent considering its advantages in terms of easy availability, cost-effectiveness, and relative moisture insensitivity.

On the basis of the results obtained, it indicates the beneficial effect of subliming agent on the disintegration time i.e., on sublimation it leaves the tablet more porous thereby facilitates the disintegration. It is likely that porous hydrophilic matrix easily picks up the disintegrating medium and breaks quickly 13. This effect is more obviously observed in batches of lactose where disintegration time is reduced from 23 sec to 7 sec resulted by sublimation. The other two characteristics hardness and friability are also satisfactory with batch B when compared to other batches. Further microcrystalline cellulose, a water insoluble diluent may cause an unacceptable feeling of grittiness in the mouth 3.

Based on these observations, directly compressible lactose was chosen to be the diluent for further optimization studies. The batches 2 and 4 were prepared using camphor to study its effect on disintegration time. The results shown in Table 4 indicate that subliming agent necessity in tablet disintegration. The porous structure is responsible for faster water uptake; hence it facilitates wicking action of crosscarmellose in bringing about faster disintegration 3, 13. It is worthwhile to note that as the inclusion of camphor, the friability decreased, it may due to presence of traces of camphor in tablets. So the sublimation was performed for 2 hours after compression rather than 1 hour. In order to investigate the factors systematically, a factorial design was employed in the present investigation.

Factorial Design: The amount of superdisintegrant (crosscarmellose, X1) and the subliming agent (camphor, X2) were chosen as independent variables in a 22 full factorial design. A statistical model incorporating interactive and polynomial terms was used to evaluate the responses.

Where, Y - dependant variable, bo - arithmetic mean response of the 4 runs, b1 - estimated coefficient for the factor X1 i.e., effect of X1 on the response;

b2 - estimated coefficient for factor X2 i.e., effect of X2 on the response;

Where, Y1, Y2, Y3 and Y4 are responses of four runs and b12 – interaction effect between the two variables X1 and X2 on response;

The polynomial terms (X12 and X22) are included to investigate nonlinearity. The disintegration time and percentage friability for the 4 batches (2K1 to 2K4) showed a wide variation (i.e., 8.7- 26 seconds and 0.85% - 4.1%, respectively). The data clearly indicate that the disintegration time and percentage friability values are strongly dependent on the selected independent variables.

The effects are graphically represented in fig 1(a), 1(b). Negative sign of b1 coefficient indicates that crosscarmellose aids in disintegration; coefficient b2 bears positive sign, which shows that increasing concentration of camphor leads to increase in disintegration time.  But this effect would be nullified by the interaction between the factors (b1 = b2, but with opposite signs). The existence of interaction between the factors is indicated by the non-parallel lines (Fig. 1a & 1b). 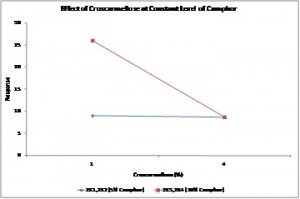 FIG. 1a: EFFECT OF CROSSCARMELLOSE AND CAMPHOR ON DISINTEGRATION TIME 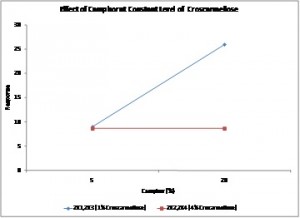 FIG. 1b: EFFECT OF CROSSCARMELLOSE AND CAMPHOR ON DISINTEGRATION TIME

Effect of formulation variables on percentage friability: The calculated polynomial equation for % friability (Y2) is as follows;

Percentage friability of the FDT increases significantly with increase in camphor concentration and decreases with increase in crosscarmellose concentration. The combined effect of factor X1 and X2 can be further explained with the help of fig. 2a and fig. 2b.  The lines are not parallel showing the presence of interaction which is further revealed by a very high negative b12 value.

The effect of camphor on friability of tablets is that higher levels of camphor increased the friability resulted by the higher porous skeleton after sublimation.  This is shown by a higher value for X2 (0.64) and this effect was more pronounced at lower level of crosscarmellose.

The predicted and observed values are found to be in good agreement. Thus we can conclude that the statistical model is mathematically valid.

TABLE 5: COMPARISON BETWEEN THE EXPERIMENTED (CK1) AND PREDICTED (P) VALUES FOR THE CHECK POINT FORMULATION 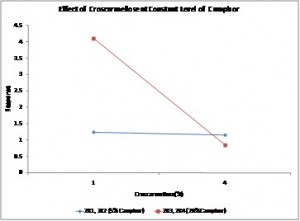 FIG. 2a: EFFECT OF CROSSCARMELLOSE AND CAMPHOR ON FRIABILITY 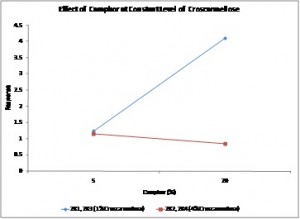 FIG. 2b: EFFECT OF CROSSCARMELLOSE AND CAMPHOR ON FRIABILITY

CONCLUSION: The results of a 22 full factorial design revealed that the amount of camphor and crosscarmellose significantly affect the dependent variables, percentage friability and disintegration time. It is thus concluded that by adopting a systematic formulation approach, an optimum point can be reached in the shortest time with minimum efforts. Vacuum-drying technique would be an effective alternative approach compared with the use of more expensive adjuvants in the formulation of FD tablets.