PURPOSE OF STUDY: In the present study, an attempt was made to increase therapeutic effectiveness, reduction in dosing frequency and thus improving patient compliance, by developing sustained release matrix tablets of Diclofenac sodium using guar gum as release modifier.

METHOD: Six batches of sustained release matrix tablets of Diclofenac sodium was prepared by using different drug: polymer ratios viz. 1:1, 1:1.5, 1:2, 1:2.5, 1:3, and 1:3.5 for guar gum. Guar gum was used as matrix forming material, while microcrystalline cellulose as filler to maintain the tablet weight. The tablets were analyzed to determine their hardness, friability, weight variation, and an In-vitro release of drug was performed in phosphate buffer saline pH 7.4 for twenty four hours. Swelling study was also carried out to study dispersibility of gums at different concentrations.

CONCLUSIONS: It is clear through the dissolution studies that the release profile of Diclofenac sodium from matrix tablets prepared using guar gum was retarded approximately 24 h. Thus guar gum stands as a good candidate for sustained release formulation.

INTRODUCTION: In recent years the basic aim has been designing of drug products to reduce the frequency of dosing by modifying the rate of drug absorption 1. Regular research is being carried in this field for use of naturally occurring biocompatible polymeric material in designing of dosage form for oral controlled release administration 2, 3.

Hydrophilic swellable polymers are widely used to control the release of drugs from matrix formulations 4, 5. Natural polymers are biodegradable and nontoxic, which hydrate and swell on contact with aqueous media, and these have been used for the preparation of dosage form. Guar gum, a polysaccharide derivative with glycoside linkage has been used as matrix former for controlled release of many drugs. Due to specific parameters of structural viscosity, guar gum can be applied in the technology of tablets production. In different formulations guar gum has been used as a binder and disintegrants 6 - 8. Some results also showed that guar gum was used for the formulation of oral controlled release formulations 9, 10. Studies also have showed that guar gum can be used for targeted drug delivery system 11. Guar gum is hydrophilic polymer, which until recently had been limited for use in gelation, thickening, suspending and as emulsifying agent.

It is essential to develop cost-effective and less tedious procedures for preparation of sustained release formulations on the industrial scale. The most commonly used method for fabricating drugs in a controlled-release formulation is by incorporating them into a matrix containing a hydrophilic rate controlling polymer. Matrix systems are widely used in oral controlled drug delivery because of their flexibility (which results in obtaining desirable drug release profile), cost effectiveness and broad regulatory acceptance 13, 14. Diclofenac Sodium is sodium 2- [(2, 6- dichlorophenyl) - amino] phenyl acetate and is an acetic acid nonsteroidal anti- inflammatory drug (NSAID) with analgesic and antipyretic properties. It is also used to treat, dysmenorrhea, ocular inflammation, osteoarthritis, rheumatoid arthritis, ankylosing spondylitis, and actinic keratosis 15, 16. The present investigation is aimed to formulate the sustained release matrix tablet of Diclofenac sodium with different concentration of guar gum, using no other varying parameter.

MATERIAL AND METHODS: Diclofenac Sodium was obtained as gift sample from Alchem Laboratories, Baddi, Himanchal Pradesh, India. The Pharmacopoeial grade of Guar gum was obtained from RFCL limited, New Delhi. All materials used were of analytical grade, and procured from commercial sources.

All ingredients were passed through a # 20 sieve, weighed and blended. The granules (which were obtained after wet granulation) were compressed using KBr press, with the help of 8mm flat faced punches 17, 18. The formulation composition is shown in the following table number 1.

Friability: Tablets of all batches were used to evaluate friability as per USP XXIV monograph. Friability testing was done by Roche friabilator with triplicate readings 19, 20.

Hardness: Hardness of all batches was determined using Digital Force Gauge (Model: EL=500N, Electrolab). The test was carried out in triplicate for all batches as per USP XXIV monograph for uncoated tablets 19, 20.

Thickness: Thickness was measured by vernier caliper as per USP XXIV monograph. The readings were carried out in triplicate and average value was noted 19, 20.

Drug content: The tablets were powdered, and 50 mg equivalent weight of Diclofenac sodium in tablet powder was accurately weighed and transferred into a 100 ml volumetric flask. Initially, 10 ml of phosphate buffer (pH 6.6) was added and shaken for 10 min. then, the volume was made up to 100 ml with buffer. Subsequently, the solution in volumetric flask was filtered, and 1 ml of the filtrate was diluted and analyzed at 276 nm using UV- Visible Spectrophotometer (Shimadzu UV- 2450, Japan). The drug content of the each sample was estimated from their standard curve 21, 22.

Swelling behavior of sustained release matrix tablets: The extent of swelling was measured in terms of % weight gain by the tablet. The swelling behavior of all formulation was studied. One tablet from each formulation was kept in a petridish containing pH 7.4 phosphate buffer. At the end of 0.5 h and 1 h, the tablet was withdrawn, dried with tissue paper, and weighed.  Then for every 1 h, weights of the tablet were noted, and the process was continued till the end of 8 h. Percentage weight gain by the tablet was calculated by formula; 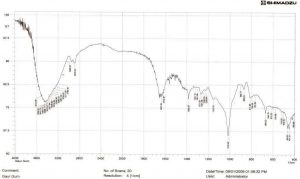 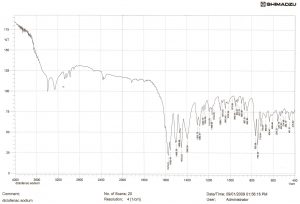 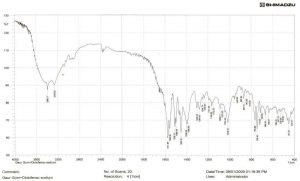 In Vitro Drug Release Study: In Vitro Drug release was studied using Lab- India dissolution apparatus, with 900 ml of dissolution medium maintained at 37±1°C for 24 h, at 50 rpm. 5ml of sample was withdrawn after every hour, and was replaced by an equal volume of fresh dissolution medium of same pH. Collected samples were analyzed spectrophotometrically. At a measured wavelength of 276 nm, and cumulative percent drug release was calculated. The study was performed in triplicate and results were recorded 25, 26.

The data obtained in the in-vitro dissolution study is grouped according to two modes of data treatment as follows:

As per Table 2, the formulated matrix tablets met the Pharmacopoeial requirement of uniformity of weight. All the tablets confirmed to the requirement of assay, as per USP. Hardness, percentage friability and thickness were all within acceptable limits 19, 20.

Sustained drug release was shown by all formulations in phosphate buffer (pH 7.4). Fig. 5 and Fig. 6 showed the swelling characteristics of guar gum and pectin respectively. The swelling index was calculated with respect to time. As time increases, the swelling index also increased, this is because weight gain by tablet was increased proportionally with rate of hydration up to certain limit. Later on, it decreases gradually due to dissolution of outermost gelled layer of tablet into dissolution medium.

The direct relationship was observed between swelling index and polymer concentration, and as polymer concentration increases, swelling index was found to increase 23, 24. It has been observed that the cumulative percent drug release decreases with increasing concentration of polymer and swelling index. The reason attributed to this fact is slow erosion of the gelled layer from the tablets containing higher amount of natural polymer. This slow release is because of the formation of a thick gel structure that delays drug release from tablet matrix 25 - 29. 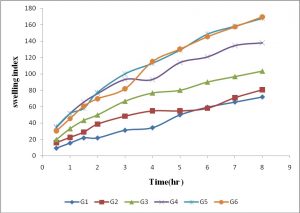 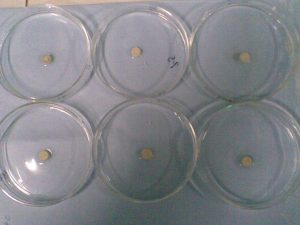 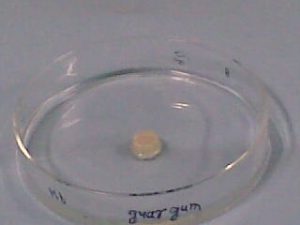 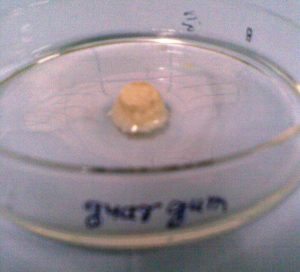 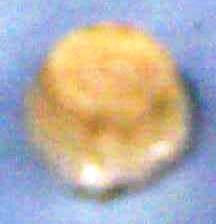 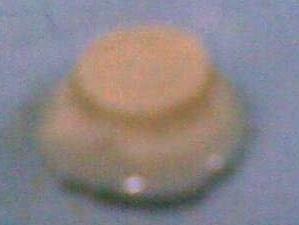 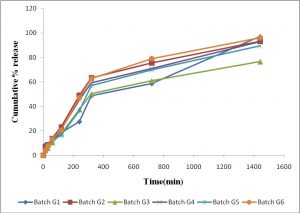 CONCLUSIONS: Based on the results obtained, it is possible to design promising oral controlled release matrix tablet containing Diclofenac sodium.