ABSTRACT: The aim of this study was to screen the presence of bioactive compounds through GC-MS analysis and carry out the ant-inflammatory test of the methanolic tissue extract of Murex tribulus, a spiny predatory gastropod that is widespread from the Central Indian Ocean to Western Pacific Ocean. The GC-MS analysis of the methanolic flesh extract revealed the presence of four bioactive compounds, 1, 2 dimethyl hydrazine, urea, cis-9 hexadecenoic acid, and 1, 1, 1, 3, 5, 5, 5 hepta-methyltrisiloxane. Among the compounds identified, 1, 1, 1, 3, 5, 5, 5-Heptamethyltrisiloxane was the most abundant antimicrobial compound (92.87%) present in the methanolic tissue extract of M. tribulus. The results of the GC-MS analysis showed that the bioactive compounds present in the tissue extract showed anti-inflammatory responses. Hence in-vitro anti-inflammatory activity in the tissue extract of M. tribulus was determined by proteinase inhibitory activity and 5-lipooxygenase inhibitory assay. The anti-inflammatory test showed promising results with high percentage of inhibition such as 53.50% at a concentration of 1000 µg/ml in proteinase inhibitory activity and 75.42% at the concentration of 1000 µg/ml in %-lipoxygenase inhibitory assay.

INTRODUCTION: Among the marine inverte-brates, the molluscs are the potential source of bioactive substances. The bioactive compounds isolated from the gastropods are considered to have a role in the chemical defence of the animals against their predators. Muricidae, commonly known as murex or rock whelks, have a long history of pharmacological use, being listed in the Materia medica by Discorides in 1st century AD, reported by Arabic scholars in 9th Century, and sold in medieval Jewish pharmacies from 11th -14th Century AD 1, 2.

Specimen Collection and Identification: In the present study, the gastropod, Murex tribulus was collected from Gulf of Mannar, Thoothukudi coastal region (Long.78⁰8” to 79⁰ 30” E and Lat. 8⁰ 35” to 9⁰ 25” N) by trawl catch used for crabs. These animals are found entangled in the nets used for crabs.

The collected fresh molluscs were preserved with ice and transported to the laboratory and identified by standard literature 4. The shells were broken and the whole body of the organism was removed, cut into small pieces, air dried, powdered and it was used for further studies.

Collection and Preparation of Extract: About 50 g of tissue powder was immersed into 150 ml of methanol in a conical flask and was cold steeped at 18 °C. The extracts were filtered using Whatman No.1 filter paper and stored at 4 °C for further experimental work.

Identification of Compounds: Interpretation on the spectrum was conducted using the database of National Institute Standard and Technology (NIST), WILEY 8, and FAME having more than 62,000 patterns.

The unknown compounds found in the methanol fraction of the tissue were matched with the spectrum of the known components stored in NIST, WILEY 8, FAME, and MS library and predicted from Dukes ethnobotanical database.

Preparation of Extract: 1 gm of the sample was dissolved in 20 ml of the methanol solvent and incubated at 40 °C, 60-70-RPM in an orbital shaker for 24 h. The extract was filtered through Whatman no.1 filter paper and used for further study.

Proteinase Inhibitory Activity: To the different concentration of the extract (250 µg/ml, 500 µg/ml, 750 µg/ml, and 1000 µg/ml) 0.06 mg of trypsin and 1 ml of 20 mM Tris-HCl solution (pH-7 to7.4) was added, and the mixture was incubated at 370C for 5-10 min. To this extract 1 ml of 0.8% casein solution was added, and the mixture was incubated for 20 min at room temperature, and 1 ml of 70% perchloric acid solution was added to arrest the reaction. To avoid the cloudy suspension, the reaction mixture was centrifuged at 5000 rpm for 5 min, and the measurement was taken at 210 nm. The percentage of inhibition was calculated by using the following formula 5.

5-lipooxygenase Inhibitory Assay: 70 mg of linoleic acid and an equal weight of tween 20 was dissolved in 4 ml of oxygen-free water and mixed back and forth with a pipette to avoid air bubbles. A sufficient amount of 0.5N sodium hydroxide was added to yield a clear solution and then made up to 25 ml using oxygen-free water. This was divided into 0.5 ml portions and flushed with nitrogen gas before closing, and kept frozen until needed. The reaction was carried out in a quartz cuvette at 25 °C with 1 cm light path. The assay mixture contained 2.75 ml Tris buffer of pH 7.4, 0.2 ml of sodium linoleate, and 50 ml of enzyme, and the OD was measured in 234 nm 6.

GC-MS Analysis: GC-MS analysis of body tissue of M. tribulus exhibited 4 peaks, with the retention times ranging from 5.992 to 17.679 min. All the four compounds were characterized as 1, 2 dimethylhydrazine, Urea, cis-9 Hexadecenoic acid and  1, 1, 1, 3, 5, 5, 5-Heptamethyltrisiloxane. Among the compounds identified, 1, 1, 1, 3, 5, 5, 5-Heptamethyltrisiloxane was the most abundant antimicrobial compound (92.87%) present in the methanolic tissue extract of M. tribulus. The identified compounds, 1, 2 dimethylhydrazine, Urea, cis-9 Hexadecenoic acid and  1, 1, 1, 3, 5, 5, 5-Heptamethyltrisiloxane have the role in anti-depressant, antineoplastic, antibacterial, anti-viral, antibiotic, antiparasitic, analgesics for osteo-porosis, anti-asthmatics, anti-acne, anti-psoriatics, medicaments and the inclusion of biologically active materials for therapeutic substances. These compounds constitute a promising novel class of pharmaceuticals for the treatment of diseases. 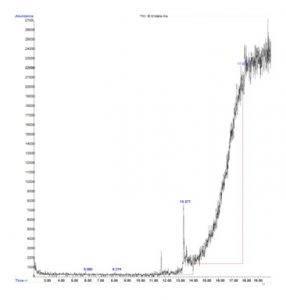 TABLE 1: BIOACTIVE COMPOUNDS FROM THE METHANOLIC EXTRACT OF M. TRIBULUS 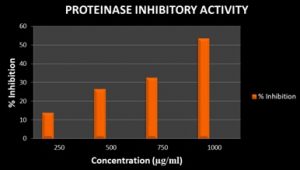 FIG. 4: PERCENTAGE OF INHIBITION IN THE TISSUE EXTRACT OF M. TRIBULUS (PIA) 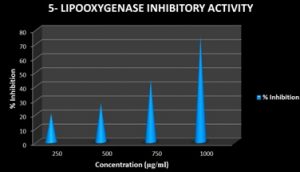 FIG. 5: PERCENTAGE OF INHIBITION IN THE TISSUE EXTRACT OF M. TRIBULUS (5- LIA)

DISCUSSION: GC-MS analysis of methanolic tissue extract showed the presence of bioactive compounds that were further confirmed with the library data. GC-MS analysis showed 1, 1, 1, 3, 5, 5, 5- Heptamethyltrisiloxane as the major constituent with peak area (92.87%). The other minor constituents with low area normalization were also identified by the molecular mass from the library database. Similarly, antimicrobial compounds such as Hexanal–2 methyl, 1, 2 Benzenadi-carboxylic acid, diisooctyl ester, 2, 2–Dimethyl propionic acid, hexadecyl ester and pseudo-ephedrine were identified in column fractionated extract of P. glaucum 7.

There was a report that the methanolic extracts of Cypraea errones and C. arabica exerted a moderate anti-inflammatory effect against Carra-geenan-induced inflammation at a dose of 10 mg/kg 14. The active components were identified as sesterterpenes, which caused in-vivo rat paw edema inhibition. The anti-inflammatory effect of the 100% acetone column purified extracts of D. margariticola experimented on albino rats. The extract at the concentration of 50 and 100 mg/kg, paw edema showed a significant decrease in the paw thickness in a dose-dependent manner compared to that of control, at the 5th h of experiment 15. Indole anti-cancer drug leads have regularly shown promise for the treatment of a range of diseases, including inﬂammation 16.

However, these indole compounds are only found in the hypobranchial glands and reproductive material of Muricidae and are present in trace amounts in the operculum and ﬂesh, and their presence in the shells is uncertain, which are the parts mostly used in traditional anti-inﬂammatory applications. Consequently, Muricidae natural medicines could be optimized to include standard concentrations of these bioactive compounds along with other well-characterized components in the shell of ﬂesh that may improve the bioavailability and activity.

CONCLUSION: Murex tribulus is a commonly available trash organism caught in the cast nets used for crabs on the Thoothukudi coast. Due to its easy availability and non-economical status, it can be widely used as a source of the drug to treat various diseases. Further studies and research may help in the proper designing of drugs using this species. The identification of compounds responsible for numerous pharmacological activities through GC-MS analysis can be utilized to prepare such compounds artificially. Very little research has been undertaken to visualize the potency of this organism. Hence further research can be done to recognize its yet undiscovered values.

ACKNOWLEDGEMENT: Authors are grateful to the Principal and Head of the Department of Zoology, St. Mary’s College (Autonomous), Thoothukudi, Tamil Nadu, India, for the facilities provided to carry out the study.