INTRODUCTION: Medicinal plants provide thousands of phytomolecule which play a major inhibitory role against different pathogens. Nowadays these phytochemical used to treat the disease, chronic infections. From ancient time in Ayurveda, plant extracts and their formulations are used to treat diseases 1.

The WHO report shows that phytomolecule, herbal formulations were utilized by 60% of the world’s population and in some countries are incorporated extensively in the public health system 2. Pathogenic tumor cell always produces the resistance to the anticancer drugs which are used to treat the diseases 3.

Extraction: Shade dried leaves were powdered (1kg), Soxhlet extracted with dichloromethane: methanol (7:3), 70% (v/v) methanol & ethanol to get respective extracts. Extracts were vacuum concentrated by rotary evaporated under reduced pressure at 60 ºC ± 1 ºC. Extracts were dried in hot air oven at 40-45 ºC and then extracted was stored at - 20 ºC till bioevaluation in an air-tight container. Phytochemical screenings of extracts were carried out using phytochemical tests as described by Trease, G. E., Evans, and Harborne 15, 16.

Assay: Cell viability was determined with 3-(4, 5-dimethyl thiazol-2-yl)-2, 5-diphenyl tetrazolium bromide (MTT) with minor modifications. This assay measures the conversion of MTT to dark blue formazan precipitation by succinate dehydrogenase of the intact mitochondria of living cells. HaCat cells line were seeded into 96-well plates at a density of 1 × 104 cells per well in DMEM (10% FBS) incubated for12 h. The extracts were firstly dissolved in dimethyl sulfoxide (DMSO) and then diluted in a culture medium with a final DMSO concentration of 0.5% (v/v).

After that, the cells were exposed 10, 20, 40 & 80 (μg/ml) concentrations appropriately diluted with DMSO and incubated at 37 ºC in a humidified atmosphere of 5% CO2. Medium containing 0.5% DMSO was used as control. After treatment, medium was replaced with a fresh culture medium without FBS containing MTT at a concentration of 0.5 mg/ml, and the cells were further incubated for 4 h at 37 °C. The optical density (OD) was measured at 490 nm using a microplate reader. The result represented the mean of three readings. Cell viability was determined by OD of treated wells divided by OD of vehicle control.

SRB Assay: For the present study, cells were inoculated into 96 well microtiter plates in 100 μl of individual cell lines by Sulforhodamine B (SRB) method. HaCat cells line maintained in DMEM medium supplemented with 10 % fetal bovine serum. The cells were consequently expose to 10, 20, 40, & 80 µg/ml concentrations of extracts. After extracts incubation, add 50 µl TCA (50%) and kept for 1 hour at 4 ºC, then plate washed with triple distilled water and dried the plate. Then add 100 µl SRB dyes in each well and kept for 30 min at room temperature. Again wash three times with 1% acetic acid and air dry the plate, then add 200 µL tris buffer, and absorbance was read at 490 nm. Percent growth was calculated on a plate-by-plate basis for test wells relative to control wells 23, 24.

FIG. 1: HPTLC CHROMATOGRAM OF DFDM EXTRACT OF MEASURED AT 366 nm

Sulfur molecules involved in G2/M arrest and apoptosis of cell and activation of p53 pathway in response to the oxidative DNA damage of cancer cell. Sulfides inhibit the growth of skin cancer cells with respect to normal keratinocyte HaCat cells 29. GC-MS study of DFDM & TPDM reveals the presence of squalene which was reported that antioxidant triterpene act by oxygen scavenging activities (withdraws or donate electron from molecule). Squalene was a good antitumor agent act via the strong inhibitory activity of HMG-COA reductase catalytic activity 30.

Review from past research indicates that major components separated from DFDM and TPDM extracts by GC-MS may be responsible for cytotoxicity. 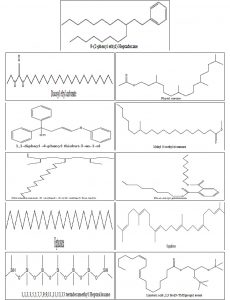 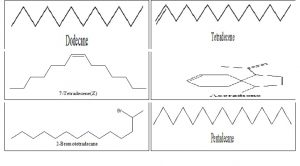 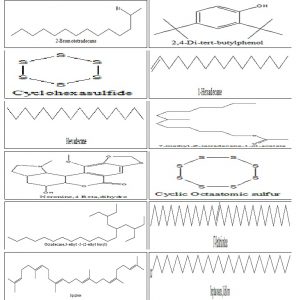 Cytotoxicity Assay: The cytotoxic effect of Dendrophthoe falcata and Tridax procumbens plant extracts against HaCat (Skin cancer) cells with increasing concentrations of (10–80 μg/mL) for 24 h, which was confirmed by MTT and SRB assay.

CONFLICTS OF INTEREST: Authors declares no conflicts of interest