ABSTRACT: Plants are rich sources of chemical compounds of high therapeutic value and screening plants for such bioactive compounds is the order of the day. First and foremost, it appears sensible to probe into the chemical reserves of abundantly available but rarely studied plants. The present study was carried out to determine the presence of phytochemicals in a common roadside weed, Cleome burmanni using Gas Chromatography- Mass Spectrometry (GC-MS) analysis. The mass spectrum of the crude methanol extract was compared with the available library sources (NIST08 LIB, WILEY8 LIB). GC-MS analysis of the methanol extract of C. burmanni revealed the presence of 24 compounds. The compounds along with their retention time, molecular weight, molecular formula and peak area have been recorded. Cholest-4-en-3-one (19.05%) was the major compound detected followed by Urs-12-en-28-al (17.98%), Lup-20(29)-en-3-one (14.87%), 1-(1-Butynyl) cyclopentanol (13.47%) and 4, 22-stigmastadiene-3-one (10.77%). Remaining 19 compounds were detected in low quantities. Almost all the constituents were reported to possess specific biological functions.

INTRODUCTION: Almost all the traditional systems of medicine in India such as Unani, Ayurveda, Homeopathy and Siddha prescribe plant-based drugs, and therefore, the search for new herbal drugs and their sources became the need of the hour 1. Determination of chemical constituents in plants which in turn are responsible for the medicinal activity of the plants, also became necessary. Phytochemical screening is very important in identifying new sources of therapeutically and industrially important compounds.

A large number of effective analytical tools have been developed for characterizing the constituents of medicinal plants during the last decade. To evaluate the plant constituents for biological activity, the plant material must first be subjected to a suitable extraction process.

A broad spectrum of extraction procedures are currently being used, but liquid extraction with a suitable range of solvents still represents a simple, convenient and effective technique that is widely used. The plant extracts are initially analyzed qualitatively by TLC and crude extracts screened to obtain an evaluation of possible biological activities. Various chromatographic methods provide impressive separation and isolation of active components from complex mixtures such as TLC, HPLC and GC; due to their excellent specificity, sensitivity and speed 2. Furthermore, the coupling of these chromatographic techniques with spectroscopic methods, such as MS, NMR can be used to enhance the sensitivity of detection and provide structural information of the separated bioactive compounds 3. Gas Chromatography-Mass Spectroscopy (GC-MS) is normally used for direct analysis of components in medicinal plants. GC-MS has proved to be a valuable method for the analysis of non-polar components and volatile essential oil, fatty acids, lipids in plants and is being used most widely in recent years. This method is a quick and direct analytical approach for the identification of phytoconstituents with the added advantage that only a few grams of plant material are required.

The genus Cleome (Cleomaceae) is represented by 12 species in India 4 and seven species in South India 5. Many species of Cleome such as C. viscosa, C. gynandra, C. chelidonii are found growing as roadside weeds which are reportedly used in traditional systems of medicines 6, 7.  Cleome burmanni is an erect herb with small purple flowers and siliquaceous fruits.

Preparation of Methanol Extract: Fresh plants of C. burmanni were collected, washed and air-dried at room temperature. The dried material was homogenized to obtain a coarse powder and stored in air-tight bottles. About 20 gm of the powdered material was subjected to Soxhlet extraction using 300 ml methanol. The extract was concentrated under reduced pressure and preserved in the refrigerator until further use. Two microlitres of the extract were employed in GC-MS analysis.

Two microlitres of the sample was injected in a split mode with a scan range of 40 – 1000 m/z. The total running time of GC-MS was 30 min. The relative percentage of the extract was expressed as a percentage with peak area normalization.

Identification of Components: The identity of the components in the extract was assigned by the comparison of their retention indices and mass spectra fragmentation patterns with the NIST08 LIB 10, WILEY8 LIB 11 library sources having more than 65000 patterns for matching the identified components from the plant material.

The relative percentage amount of each component was calculated by comparing its average peak area to the total area.

The active compounds in the methanol extract of the plant, their retention time (RT), molecular formula, weight and concentration is provided below Table 1. 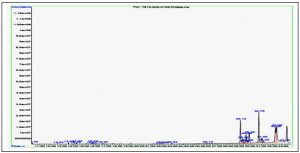 TABLE 1: PHYTOCOMPOUNDS IN THE METHANOL EXTRACT OF C. BURMANNI

The gas chromatogram shows the relative concentrations of various compounds getting eluted as a function of retention time. The heights of the peaks indicate the relative concentrations of the components present in the plant. The mass spectrometer analyses the compounds eluted at different times to identify the nature and structure of the compounds. The large compound fragments into small compounds giving rise to various peaks at different m/z ratios. These mass spectra are fingerprint of that compound which can be identified from the data library. GC-MS analysis of the methanol extract of C. burmanni revealed the presence of 24 compounds Fig. 1. The compounds along with their retention time, molecular weight, molecular formula and peak area have been recorded. Cholest-4-en-3-one (19.05%) was the major compound detected followed by Urs-12-en-28-al (17.98%), Lup-20(29) -en-3-one (14.87%), 1-(1-Butynyl) cyclopentanol (13.47%) and 4, 22-stigmastadiene-3-one (10.77%). The remaining 19 compounds were detected in low quantities Table 1. The compounds identified to be present in major amounts in the methanol extract of Cleome burmanni are known to possess many biological properties. Lup-20(29)-en-3-one has a complex pharmacology in humans, displaying anti-inflammatory, anti-microbial, anti-protozoal, antitumor, anti-leishmanial and chemopreventive properties 12.

The compound, Cholest-4-en-3-one is a novel drug for Amyotrophic lateral sclerosis 13. Urs-12-en-28-al is an ursolic acid derivative, used in cosmetics and is capable of inhibiting various cancer cell types by inhibiting the STAT 3 activation pathway. It decreases the proliferation of cells and induces apoptosis. Stigmasta-4, 22-dien-3-one is a steroidal ketone exhibiting antimicrobial property and plays a defensive role against dry wood termites 14. Insects use octadecanal as cuticular waterproofing agents and as contact pheromones. Beta amyrin is a triterpene and possesses sedative, anti-inflammatory, cytotoxic and antioxidant activities. Beta amyrin isolated from Ardisia elliptica has been found to be six times more potent than aspirin in inhibiting collagen-induced platelet aggregation 15. The study thus reveals that the weed, C. burmanni is a rich reservoir of medicinally useful phytoconstituents which can be utilized beneficially by isolating these compounds using appropriate analytical techniques.

CONCLUSION: The present study is the first report on the GC-MS analysis of the methanol extract in Cleome burmanni. Twenty-four chemical constituents were identified from the methanol extract of the plant.  The presence of medicinally useful phytocomponents in the extract implies the phytopharmaceutical importance of the plant. Further studies are needed to isolate the active principles and ascertain the pharmacological activity of these compounds.

ACKNOWLEDGEMENT: The authors are thankful to Dr. Ashalatha S. Nair, Professor and Head, Dept. of Botany, University of Kerala, Kariavattom, for providing all the required facilities for the conduct of this research work.

CONFLICTS OF INTEREST: The authors declare that they have no conflict of interest