ABSTRACT: Gas Chromatography-Mass Spectrometry (GC-MS) studies play an important role in isolation and identification of phytocompounds. Since, the chemical composition of the plants usually determines its biological activity, phytochemicals of possible pharmaceutical importance can be subjected to a detailed analysis. The present study is concerned with the GC-MS analysis of chloroform extract of the bark of Terminalia travancorensis, an evergreen tree, endemic to the Western Ghats. Reports on the benefits and or medicinal properties of T. travancorensis are rare or even absent. In this context, the present study was carried out to determine the chemical constituents of the bark by GC-MS analysis. Twenty two components were identified by GC-MS analysis in the chloroform extract. The major components detected were Friedelan-3-one (15.93%), gamma-sitosterol (10.48%), alpha -octadecene (8.54%), n-Tetracosanol-1 (8.21%), Phenol, 2,4-bis(1,1-dimethylethyl) (7.77%), 1-Nonadecene (7.49%), Heptacosanol (6.16%), 1-Heptadecene (5.25%) and stigmast-4-en-3-one (5.46 %). Friedelan-3-one, the major compound is a triterpenoid possessing antifeedant, anti-inflammatory, anticancer, hepatoprotective, antimicrobial and anticandidal activities. The second major compound, gamma-sitosterol plays a vital role in the structure and dynamics of membranes, also involved in the embryonic growth of plants. The remaining compounds are also reported to have various biological activities.

INTRODUCTION: Plants are capable of synthesizing a variety of low-molecular weight compounds called secondary metabolites. The most important among these secondary metabolites are the alkaloids, terpenoids, flavonoids and phenolic compounds. They have interesting biological activities owing to their complementary and overlapping mechanism of action and therefore serve as sources of many potent and powerful drugs.

Knowledge of the chemical constituents of plants is helpful in the discovery of new sources of drugs/therapeutic agents and other economically useful materials 1, 2, 3.

Chromatographic techniques are used for the separation of plant compounds. The GC instrument is effective in separating compounds but cannot be used for reliable identification of specific substances. The MS instrument provides specific results but produces uncertain qualitative results.  Gas chromatography-Mass spectroscopy is a hyphenated technique which couples the powerful separation potential of gas chromatography with the specific characterization ability of mass spectrometry. GC-MS provides a detailed chromatographic profile of the sample and consequently measurements of the relative or absolute amounts of the components Thus the GC-MS is a tool for conclusive proof of compound identity 4.

Collection of plant parts: Plant parts of T. travancorensis, required for the present study were collected from Arippa forest division, Thiruvananthapuram. Specimens of T. travancorensis (Fig. 1) were identified and authenticated by Sri. B. N. Nagaraj, Divisional Forest Officer, Malayatoor Forest Division, Cochin, Kerala. Voucher specimens have been submitted in the herbarium of the Department of Botany for future reference (KUBH 6030). The collected fresh bark of Terminalia travancorensis was dried initially in sunlight, later in shade and ground into a fine powder. 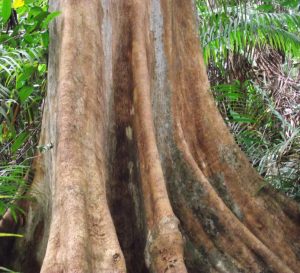 FIG. 1:  THE BUTTRESSED ROOT OF T.TRAVANCORENSIS

Extraction of plant sample: About 20gm of powdered sample was extracted with 300ml chloroform in the soxhlet extractor. The extract was filtered, concentrated and stored in refrigerator until use 14. Two microlitres of the extract was taken for GC-MS analysis.

Identification of components: Interpretation on mass spectrum GC-MS was conducted using the database of National Institute of Standards and Technology (NIST08 LIB) 15 and Registry of mass spectral data, Wiely, New York (WILEY8 LIB) 16.  The identity of the components in the extract was assigned by the comparison of their retention indices and mass spectra fragmentation patterns. The spectrum of unknown components was compared with the spectrum of the known components stored in the computer library. The name, molecular weight and structure of the components of the test materials were ascertained. The relative percentage of the extract was expressed as percentage with peak area normalization.

Results: The compounds identified from the chloroform extract of bark of T.travancorensis, their retention time and peak area percentage are given in Table 1. The study revealed the presence of 22 compounds (Fig.2). 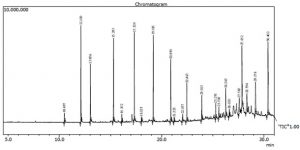 TABLE 1: PHYTOCOMPONENTS IDENTIFIED BY GC-MS ANALYSIS OF THE CHLOROFORM EXTRACT OF BARK OF T. TRAVANCORENSIS

DISCUSSION: The GC-MS analysis of the chloroform extract of bark of T. travancorensis showed the presence of 22 compounds. Of these, Friedelan-3-one, gamma. -Sitosterol, alpha.-octadecene, n-Tetracosanol-1, Phenol, 2,4-bis(1,1-dimethylethyl)-, 1-Nonadecene, Stigmast-4-en-3-one, 1-Heptadecene were predominant in terms of the percentage. These compounds have been reported to possess certain biological actions such as anti-inflammatory, analgesic antipyretic, antimicrobial, antioxidant, anti tumour, anti diabetic activities 17, 18. The major group of compounds and their biological activities are given in Table 2.

TABLE 2: BIOACTIVITY OF THE IMPORTANT COMPOUNDS DETECTED IN T. TRAVANCORENSIS

GC-MS analysis has been conducted earlier in almost all the species of Terminalia using the extracts obtained from a range of solvents (non-polar to polar) and in all the plant parts (stem, leaves, fruits and bark). In general, almost all the previous results revealed the presence of hydrocarbons, alcoholic compounds, flavanoids, alkaloids, ketones, carbohydrates, fatty acid ester, alkenes compounds and fatty acids. The results of the present study are in agreement with previous reports. Most of the previous studies on the genus Terminalia also included the antimicrobial and anti-oxidant activities of the crude extracts, implying the potent biological activities of these extracts 19, 20, 21, 22. The results of the present study highlight the utility of T.travancorensis just as any other species of Terminalia in possessing bioactive secondary metabolites

CONCLUSION: This is the first report of GC-MS analysis in T. travancorensis. Presence of triterpenoids, sterols, phenolics and alkenes was noted.  Literature compilations and database records reveal the association of the specific compounds detected in the present study with numerous biological activities. The study thus

provides new information on the phytochemical constitution of T. travancorensis, a rare endemic species, before being lost from science.

ACKNOWLEDGEMENT: The authors are thankful to present and former Heads, Department of Botany, University of Kerala, Kariavattom for providing the required facilities for the conduct of this research work.