INTRODUCTION: Since ancient times, several societies have resorted to nature, mainly to plants as medical and health sources. Today, a great percentage of the world population, particular in developing countries, uses plants for facing primary needs of medical assistance 1. Human beings have used plants for medicinal purposes for centuries. It has been estimated that such use of medicinal plants possibly go back in time to around 3000 years.

Traditional forms of medicine have existed and still exist in many countries of the world including countries in the Indian sub-continent like India, Pakistan and Bangladesh. The various alternative medicinal systems of India (Ayurveda, Unani, and Siddha) uses more than 7500 plant species 2.

Documentation of these traditional medicinal systems is important as a number of important modern pharmaceuticals have been derived from plants used by indigenous people. Modern drugs like aspirin, atropine, ephedrine, digoxin, morphine, quinine, reserpine and tubocurarine are examples, which were originally discovered through observations of traditional cure methods of indigenous people 3.

Natural products are an important source of new structures leading to drugs in all major disease areas. They represent a pool of privileged structures that are optimized by evolution to interact with proteins and other molecules 5. The starting materials for about one‐half of the medicines we use today come from natural sources. The future of higher plants as sources of medicinal agents for use in investigation, prevention, and treatment of diseases is also very promising. Natural products have provided us some of the important life-saving drugs used in the armamentarium of modern medicine. However, among the estimated 250,000‐400,000 plant species, only 6% have been studied for biological activity, and 15% have been investigated phytochemically. This shows a need for planned activity guided phyto‐pharmacological evaluation of herbal drugs. This article intends to provide an overview of the chemical constituents present in various parts of Glycyrrhiza glabra and their pharmacological actions.

The Liquorice of medicine and commerce is derived from the sweet root of various species of Glycyrrhiza, a genus which contains about fourteen species, natives of warmer temperate countries in both the New and Old Worlds, ten of them having roots more or less sweet, but most of them not sufficiently so to be of use. Liquorice is one of the most commonly used herbs in Western herbal medicine. Liquorice has been used in medicine for more than 4000 years.

The earliest record of its use in medicine is found in ‘code Humnubari’ (2100 BC). It was also one of the important plants mentioned in Assyrian herbal (2000BC). Hippocrates (400BC) mentioned its use as a remedy of ulcers and quenching of thirds. The drug was also mentioned by Theophrastus and Dioscorides. In traditional Siddha system of medicine, liquorice is used as a demulcent, expectorant, anti-tussive, laxative and sweetener7.

The taproot is approximately 1.5 cm long and subdivides into subsidiary roots, about 1.25 cm long, from which the horizontal woody stolons arise. They may reach 8 m and when dried and cut, together with the root, constitute commercial licorice. It may be found peeled or unpeeled. The pieces of root break with a fibrous fracture, revealing the yellowish interior with a characteristic odor and sweet taste. Licorice enjoys fertile, sandy or clay soil near a river or stream where enough water is available for the plant to flourish in the wild, or under cultivation where it can be irrigated 8. 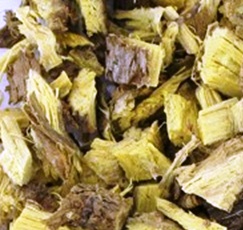 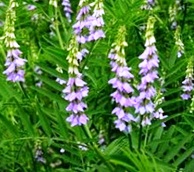 Medicinal uses: This plant species are reported in the literature for its biological activities such as: anti-inflammatory and expectorant, controls coughing and has hormonal effects. It detoxifies and protects the liver. Medicinally, it is used internally for Addison’s disease, Asthma, Bronchitis, Peptic ulcer, Arthritis, Allergic complaints and steroid therapy 10.

Externally, liquorices are used for Eczema, Herpes and Shingles. Liquorice decreases serum testosterone level in women and is beneficial in aplastic anemia. Since, liquorice extract is used in auto-immune conditions and has therapeutic benefit in immunodeficiency conditions like AIDS. Components of licorice root have both estrogenic and anti-estrogenic activity.

It is thus, an important herb for treating hormone-related female problems. It is used as an energy tonic, particularly for the spleen and stomach, and the root is added to many formulae. Roots of Glycyrrhiza glabra being tonic, demulcent laxative emollient are used in genito-urinary diseases.

Licorice is an important ingredient in medicinal oils for epilepsy, paralysis, rheumatism, haemorrhagic diseases. It is also used in the treatment of diarrhoea, fevers, fever with delirium and anuria.

They are also used as food in the confectionery industry such as sweets, alcohol free drinks etc. and in the tobacco industry. Economically, the roots are boiled to extract the familiar black substance used in liquorice confectionery and this is sold dried to eat. Liquorice is also the basis for most proprietary laxatives and its extracts flavors beer, soft drinks and pharmaceutical products, and is used as a foaming agent in beers and fire extinguishers.

A new prenylated isoflavan derivative, kanzonol R was also isolated 13. The presence of many volatile components such as pentanol, hexanol, linalool oxide A and B, tetramethyl pyrazine, terpinen-4-ol, α-terpineol, geraniol and others in the roots is reported. Presence of propionic acid, benzoic acid, ethyl linoleate, methyl ethyl ketine, 2, 3-butanediol, furfuraldehyde, furfuryl formate, 1-methyl-2-formylpyrrole, trimethylpyrazie, maltol and any other compounds is also isolated from the essential oil 13.

Both glycyrrhizin and glycyrrhetic acid can exist in the 18α and 18β stereoisomers. As a tribasic acid, glycyrrhizin can form a variety of salts and occurs naturally in licorice root as the calcium and potassium salts.

The ammoniated salt of glycyrrhizin, which is manufactured from licorice extracts, is used as a food flavoring agent and specifications for this salt form have been established in the Food Chemicals Codex. Carbenoxolone (18-βglycyrrhetinic acid hydrogen succinate), an analog of glycyrrhetic acid, is used in the treatment of some alimentary tract ulcerative conditions, such as peptic ulcers 14, 15. 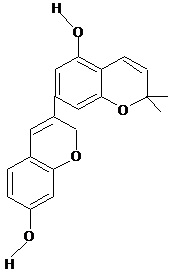 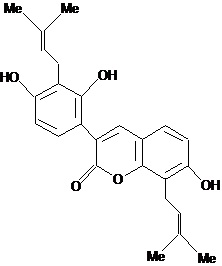 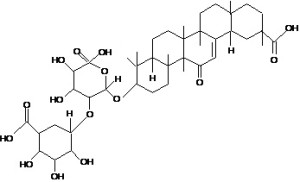 Mechanism of action: The beneficial effects of licorice can be attributed to a number of mechanisms. Glycyrrhizin and glycyrrhizic acid have been shown to inhibit growth and cytopathology of numerous RNA and DNA viruses, including hepatitis A and C 16 herpes zoster,  HIV, Herpes simplex 17, 18 and CMV 19.  Glycyrrhizin and its metabolites inhibit hepatic metabolism of aldosterone and suppress 5‐[beta]‐reductase, properties responsible for the well‐documented pseudoaldosterone syndrome. The similarity in structure of glycyrrhetic acid to the structure of hormones secreted by the adrenal cortex accounts for the mineralocorticoid and gluco-corticoid activity of glycyrrhizic acid. Licorice constituents also exhibit steroid‐like anti‐ inflammatory activity, similar to the action of hydrocortisone. This is due, in part, to inhibition of phospholipase A2 activity, an enzyme critical to numerous inflammatory processes. In vitro research has also demonstrated glycyrrhizic acid inhibits cyclooxygenase activity and prostaglandin formation as well as indirectly inhibiting platelet aggregation, all factors in the inflammatory process.

Licorice constituents possess significant antioxidant and hepatoprotective properties. Glycyrrhizin and glabridin inhibit the generation of reactive oxygen species (ROS) by neutrophils at the site of inflammation 20, 21.

Pharmacology: Licorice contains the glycoside, glycyrrhizin which has a similar structure and activity as the adrenal steroids. Licorice has an anti-inflammatory activity similar to cortisone and has been found useful for arthritis and allergies. In addition licorice has been used for mild Addison’s disease and other adrenal insufficiencies, such as hypoglycemia. Licorice also acts like the hormone, ACTH, causing sodium retention, potassium depletion, and water retention.

Excess consumption of licorice can lead to the classic symptoms of hypertension, with edema, increased blood pressure, potassium loss, and muscular weakness. The deglycyrrhizinated form is most often used to avoid the hypertensive side effects of the glycyrrhetinic acid in whole Licorice. Licorice and DGL have a mild laxative effect and can protect the intestinal lining by increasing the production of mucus, thus alleviating heartburn and ulcers. Licorice and DGL also have a demulcent action and have been used for coughs 24.

CONCLUSION: There has been an increase in demand for the phytopharmaceuticals all over the world because of the fact that the allopathic drugs have more side effects.  This forms a good basis for the selection of plant for further phytochemical and pharmacological investigation. The pharmacological and clinical studies reported in the present review confirm the therapeutic value of Glycyrrhiza glabra.

Presence of chemical compounds indicates that the plant could serve as “lead” for development of novel agents for disorders in the coming years. In this regard, further studies need to be carried out to explore Glycyrrhiza glabra Linn for its potential in preventing and treating diseases.

So, the present review gives a direction for future investigators to carry out research on the plant so that they could get some medicinally important drugs.