ABSTRACT: The present aim study is the formulation development and evaluation of extended-release matrix tablets of oxybutynin chloride by using hydrophilic and hydrophobic matrix systems. The pilot-scale batches of nine formulations were prepared using Eudragit RSPO, Eudragit RLPO, Carbopol 971NF, ethylcellulose individually, and in the combination of above polymer and Avicel PH102 by adopting direct compression method. The fabricated matrix tablets were assessed for their physicochemical properties and in-vitro drug release study. The drug-excipient interaction was evaluated by Fourier transform infrared spectroscopy, where no such interactions were observed. The F1-F3 formulation batches containing Eudragit RSPO in different proportions showed an effective drug release of nearly 99% at 24 h. The F4-F6 formulation batches contained Eudragit RLPO in the diverse amount presented an impressive drug release of >97%. In batches F7-F9, the combination of Eudragit RSPO and Eudragit RLPO produced a remarkable drug release of 100%. The optimized formulation F3 demonstrated a comparative similarity factor ƒ2 and less difference factor ƒ1 with that of the marketed tablet. The formulation F3 also passed the essential attributes needed after short-term accelerated stability study.

INTRODUCTION: Oral drug delivery is the most favored and advantageous selection among all drug delivery system as the oral route gives the greatest dynamic surface area and hence increase the residence time of the drug for absorption 1. The conventional dosage form produces a wide range of fluctuation in drug concentration in the bloodstream and tissues with resultant undesirable toxicity, and poor efficiency and maintenance of concentration of drug in the plasma within the therapeutic index are very critical for effective treatment. The factors such as repetitive dosing and unpredictable absorption lead to the concept of oral sustained-release drug delivery systems 2.

The matrix tablets composed of drug and polymer as a release retarding material that offers the simplest approach in developing an extended-release drug delivery system 3. The matrix systems are the most popular method used in the development of extended-release formulation. Hydrophilic and hydrophobic polymeric matrix systems are widely used in extended drug delivery systems since they make it easier to achieve a desirable drug release profile 4.

An appropriately designed extended-release drug delivery system can be a major advance towards solving problems concerning the targeting of a drug to specific organs or tissue and controlling the rate of drug release for an extended period. The extended-release dosage form is modified that prolongs the therapeutic activity of the drug. It provides prolonged but not a uniform release of drug and reduces the need for repeated dosing 5. In some disease condition, there is a need to maintain constant therapeutic blood or tissue level of the drug for an extended period of time, which increases the dosing frequency and results in patient noncompliance. So, the extended-release tablet dosage form will be helpful in maintaining the constant plasma concentration and will reduce the dosing frequency by releasing the drug at an extended period of time 6. Urinary incontinence is common in elderly patients, particularly elderly women. The clinical symptoms overactive urinary bladder include urge urinary incontinence, urgency, and frequency 7. The main need for research is to control urinary incontinence and clinical symptoms by using oxybutynin chloride. The drug of choice in this condition is oxybutynin chloride, which has the ability to block acetylcholine release from parasympathetic nerves in the urinary bladder, preventing contraction of the muscle and exerting a direct spasmolytic effect on the bladder 8.

Preparation of Oxybutynin Chloride: Matrix embedded extended-release tablets of oxybutynin chloride were prepared by direct compression technique using various concentrations of Eudragit RSPO and RLPO separately and in combination with Carbopol 971, Avicel PH 102, and ethyl cellulose. All the excipients except magnesium stearate were blended in a mortar uniformly; blend passed through sieve #80 to get fine particles. To this, magnesium stearate was added and further mixed for 2-3 min, and finally, the powder blend was compressed into a tablet by using 6 mm diameter punch 9. The composition of the tablet is given in Table 1.

Evaluation of Pre-Compression Parameters: The pre-parameters were evaluated based on the methods provided by Gangane et al., 2018 10.

Where; θ = angle of repose,

h = height of the cone, and

r = radius of the cone base.

Bulk Density: The 10 g powder blend introduced into a dry 100 mL cylinder without compacting. The powder was carefully leveled without compacting, and the apparent unsettled volume, Vo, was measured. The bulk density was calculated using the formula:

Where, ρb = apparent bulk density, M = weight of the sample, and Vo = apparent volume of powder.

Tapped Density: After carrying out the procedure as given in the measurement of bulk density, the cylinder containing the sample was tapped using a suitable mechanical tapped density tester. The cylinder was tapped 500 times initially followed by an additional tap of 750 times until the difference between succeeding measurement was less than 2% and then tapped volume, Vf was measured, to the nearest graduated unit. The tapped density was measure in g/mL, using the formula:

Evaluation of Post-Compression Parameters: The post-compression parameters were evaluated based on the methods provided by Mahajan et al., 2017 11.

Weight Variation Test: Twenty tablets were randomly selected from each batch and individually weighed. The average weight and standard deviation of 20 tablets were calculated.

The batch passes the weight variation test if not more than two of individual tablet weight deviates from the average weight by more than the percentage limit, as per USP guidelines.

Thickness: The thickness in millimeters (mm) was measured individually for pre-weighed 10 tablets by using a Mitutoyo Digital Vernier Caliper. The average thickness and standard deviation were reported.

Hardness: Hardness indicates the ability of the tablet to withstand mechanical shock while handling. For each formulation, the hardness of the tablet (n=6) was determined by using the Monsanto Hardness tester. It is expressed in kg/cm2.

Friability: For each formulation, the friability of 20 tablets was determined using the Roche Friabilator (Electro lab). Pre-weighed tablets were placed in the friabilator and rotated at 25 rpm for 4 min (100 rotations). At the end of the test, the tablets were reweighed; loss in the weight is a measure of friability and is expressed in percentage, as per USP guidelines.

Drug Content: For the determination of drug content, 5 tablets were crushed, and the equivalent weight of powder was dissolved in 100 mL of methanolic HCl. The filtrate further diluted with methanolic HCl was analyzed spectrophoto-metrically at 220 nm. The drug content was calculated using a standard curve generated using various concentrations of the drug in phosphate buffer 12.

In-vitro Drug Release Studies: In-vitro drug release study for the prepared extended-release tablets was conducted for a period of 24 h using a USP type 2 (Paddle) apparatus at 37 °C ± 0.5 °C, 50 rpm speed, and 900 mL media volume. The dissolution studies were carried out in 0.1 N HCl for two hrs and further in phosphate buffer 6.8 up to 24 h under sink condition. At 1 h interval, the sample of 10 mL was withdrawn from the dissolution medium and replaced with a fresh medium to maintain the constant volume 13.

Drug Release Kinetics: In order to determine the mechanism of drug release from the formulation, the in-vitro dissolution data were fitted to zero-order, first-order, Higuchi plot, and Korsmeyer-Peppas plot was drawn for optimized formula, and interpretation of release exponent value (n) was calculated 14.

Similarity Index: The similarity factor (f2) is an important parameter in fabricating a new formulation. CDER, FDA, and EMEA define it as the logarithmic reciprocal square root transformation of one plus the mean squared difference in percent dissolved between the test and the reference products.

The similarity factor (f2) involves calculation performed in comparison with a reference or with the innovator product to know the possible similarities employing the Pair-wise model-independent approach. It was calculated using PCP Disso v2.08 software 15.

Stability Study: The tablets were kept under accelerated storage conditions 40 ± 2 °C temperature and 75 ± 5% relative humidity, according to ICH guidelines using a stability chamber for a period of three months. The tablets were withdrawn at a pre-determined time interval and evaluated for hardness, drug content, in-vitro drug release, and physical parameter 16. 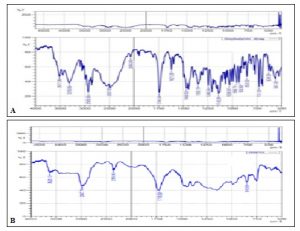 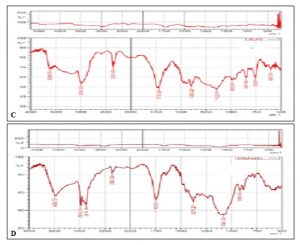 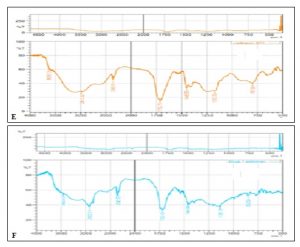 Batch F5 showed least % friability, and Batch F6 showed the highest % friability amongst all formulations, it might be because the difference in concentration of Avicel PH 102 which was in higher concentration in batch F5 as compared to batch F6. The batch F7- F9 shows a slightly high swelling index as compared to other batches, might be due to the combination of two hydrophilic polymers; Eudragit RSPO and RLPO.

In batches F7-F9, the combination of Eudragit RSPO and RLPO in different proportions was present it showed the drug release 103.664% (14 h), 93.745% (21 h), and 97.073% (20 h), respec-tively Fig. 2. The lightly cross-linked polymers, such as Carbopol 971 NF (lower viscosity) tend to be more efficient in controlling drug release than highly cross-linked polymer such as Carbopol 974 NF polymer (higher viscosity). All the formulations F1-F9 were prepared with different concentrations Eudragit RSPO and Eudragit RLPO and ethyl cellulose and Carbopol 971 NF polymers. The above graph showed the comparative drug release of different formulation batches F1-F9. 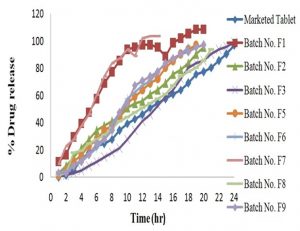 Batch F3 which contains Eudragit RSPO in combination with Carbopol 971 and ethyl cellulose showed similar drug release patterns as compared to the reference product. From in-vitro dissolution study, it was found that drug release from extended-release tablets was affected by differences in the rates of hydration and swelling of the polymer hydrogel.

In-vitro Drug Release Kinetic Study: In order to determine the mechanism of drug release from the formulation, the in-vitro dissolution data was fitted to zero order, first order, Higuchi plot, and Korsmeyer-Peppas plot was drawn for optimized formula and interpretation of release exponent value (n) was calculated. The result of R2 for zero-order and the first order for the marketed tablet was found to be 0.996 and 0.773 R2 for zero-order and the first-order for formulation F3 batch was found to be 0.963 and 0.911 Table 5, respectively. The best fit model was zero-order kinetic and Higuchi’s model was applied to the in-vitro release data, and linearity was obtained with high ‘r’ value indicating that drug release from extended-release tablet through diffusion. The in-vitro release data was further fitted to the Korsmeyer-Peppas model. Good linearity was observed with high ‘r’ values.

The value of release exponent ‘n’ is an indication of the release mechanism. The value of ‘n’ obtained formulation F3 was found to be 1.052 suggesting probable release by super case-II transport (Non-Fickian).

CONFLICTS OF INTEREST: The authors declare no conflict of interest regarding the publication of this article.