INTRODUCTION: Coronary heart disease resulting from progressive atherosclerosis remains the most common cause of morbidity and mortality all over the world 1. In developing countries, the incidence of cardiovascular disease is increasing alarmingly. India is on the verge of cardiovascular epidemics 2, 3. The circulatory system disorders are going to be the greatest killer in India by the end of the year 2015 4.

Hyperlipidemia (mainly increased level of cholesterol or low density lipoprotein (LDL)-cholesterol) is an important risk factor in the initiation and progression of atherosclerotic lesions 5, 6. The beneficial effect of lowering elevated serum cholesterol level in the prevention of coronary heart disease is well established 7, 8. Generally the therapeutic purpose of using hypolipidemic drugs is to reduce the elevated levels of plasma lipids, notably cholesterol established 9. Some of the major limitations in the effective pharmacological treatment of hyperlipidemia are the constraints imposed on healthcare resources, particularly in the low-and middle income countries 10. There is a need to tackle this physiological problem as it is attaining grave proportions globally. In this scenario, the problem may be tackled by the use of natural agents due to their cost effectiveness and minimal side-effects 11. In recent times, much research interest has been focused on various herbs that possess hypolipidemic properties that may be useful in reducing the risk of cardiovascular diseases 12.

Cynodon dactylon Pers. (CD), (Family: Graminae, Dhub in Hindi, Bermuda grass in English) is a creeping grass found in warm climates all over the world between 45o south and north attitude 13. The juice of the plant is astringent and is applied externally to fresh cuts and wounds 14. It is also used in treatment of catarrhal opthalmia, dropsy, hysteria, epilepsy, insanity, chronic diarrhea and dysentery 15.

In some provinces of Iran (such as Azerbaijan and Kurdistan), Cynodon dactylon which is locally named as Chayer, has been traditionally used for cardiovascular diseases. Many people of these regions believe that the extract of the rhizome has curative effects in coronary artery diseases and in heart failure 21. In addition, uncontrolled studies by some Iranian cardiologists have shown cardio protective effects in the patients who used the plant traditionally.

Hence, the present study was undertaken to evaluate the hypolipidemic effect of Cynodon dactylon in experimentally induced hypercholesteremic rats.

Drug and dosage: The plant material was collected at Chennai, Tamil Nadu and was authenticated by, Captain Srinivasa Murthi Drug Research Institute for Ayurveda, Arumbakkam, and Chennai. The whole plant up to 500g was extracted with boiling water for 48hrs.

The resulting extract were filtered and concentrated in Rota vapor under reduced pressure. The concentrated extract was lyophilized to get a powder (yield 15.8% w/v)  .The lyophilized powder was administered at the dose of 750mg/kg body weight for 45 days.

Animals: Healthy male albino rats (200-250g) of Wistar strain were used for the study with the approval of Institute’s animal ethics committee. The animals were purchased from Central Animal House Block, Sri Manakula Vinayagar Medical College & Hospital (SMVMCH). The animals were housed in a large spacious cage, bedded with husk and were given food and water. The animal house was ventilated with a 12hr light/dark cycle, throughout the experimental period. Animal experimentation was conducted according to the current institutional regulations. The animals were maintained on a commercial rat feed manufactured by M/s. Pranav Agro Industries Ltd., India, under the trade name ‘Amrut rat feed’. The feed contains 5% fat, 21% protein, 55% nitrogen free extract, 4% fiber (wt/wt) with adequate vitamin and mineral content.

At the end of the experimental period (45 days), the animals were sacrificed by cervical decapitation. The aorta was excised immediately, washed with cold saline. The liver tissues were stored at -20˚c. A 10% homogenate of liver tissue was prepared using 0.01M Tris HCl buffer pH 7.4. The aorta was fixed by 10% formalin for histopathological studies.

Experimental design: The animals were divided into four groups of six rats as follows;

Histological studies: For light microscopic studies, the aorta samples of control and test animals which were fixed in 10% formalin, embedded in paraffin, sectioned at 4μm thickness and stained with hematoxylin and eosin. Hematoxylin and eosin stain for aorta has been used in this study was according to culling 22.

Electrophoretic detection of DNA fragmentation: The isolation of DNA from liver was done according to the method of Lwasa et al 23.

Spectrophotometric analysis of DNA sample: The concentration and purity of the DNA samples were checked as follows. To 990µl of sterile distilled water, 10µl of DNA samples was added and mixed uniformly. Using appropriate blank as reference, the DNA was scanned in 1 cm path length quartz cuvette at 260nm and 280nm in a double beam model shimadzu, UV-VIS spectrophotometer.

Thus the concentration of the DNA/RNA was calculated by using the above formula.

DNA samples corresponds to 1 µg of DNA were electrophoresed on 1.0% agarose gel with a constant voltage of 50v for 2 hrs. Gel were stained with ethidium bromide and viewed under UV- transilluminator and photographs were taken using Nikon cool pix 4500, digital camera. 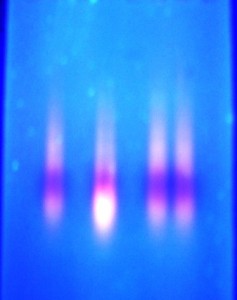 FIG. 1: EFFECT OF CYNODON DACTYLON ON THE HYPERCHOLESTROLEMIC INDUCED DNA- FRAGMENTATION IN CONTROL AND EXPERIMENTAL RATS

FIG. 2A: HISTOPATHOLOGICAL STUDY OF AORTA OF CONTROL RATS

Fig. 2A showed no pathological changes in rats of control group (100X). 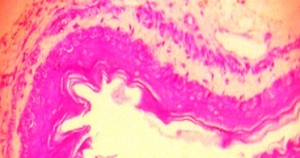 FIG. 2B: HISTOPATHOLOGICAL STUDY OF AORTA OF HYPERCHOLESTEREMIC RATS

Fig. 2B shows rats fed with an atherogenic diet developed typical plaques characterized by vaccine of thickening of the intima, migration of smooth muscle cells to the intima (shown by arrow mark), adhesion and infiltration of macrophages and mononuclear cells to the intima, appearance of foam cells and punctuate and lamellar calcification under the endothelium are seen (100X).

Fig. 2C shows pathological changes of thoracic aorta in HCD + CD groups were less visible than that in atherosclerotic group, but shown less thickening of the intima and foam cells count (100X). 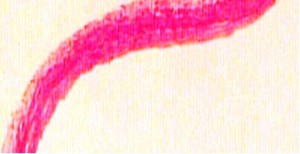 DISCUSSION: The present work explores the cellular changes that are featured in early stages of atherosclerosis (hypercholesterolemia), which if unchecked leads to complicated atherosclerotic plaque formation. The hallmark feature of early stage atherosclerosis is the appearance of foam cells 24, which is evident in the photomicrographs of untreated HCD group.

In the histological examination of section of thoracic aorta of rats of each group, myointimal thickening with scant accumulation of basophilic material and foam cells were observed in HCD induced rats, when using hematoxylin and eosin staining. The intimal thickening was greater when compared to the control rats, suggesting the onset of atherosclerosis. However, those fat deposits or foam cells are reduced in Cynodon dactylon treated group with an aortic histology that is comparable with that of controls.

Similarly, we can see that groups with Cynodon dactylon administration alone showcase a normal aortic morphology like that of controls. Hence a favorable influence of Cynodon dactylon on abnormal level of aortic lipid in early phase of atherosclerosis is seen, thus anti-atherogenic effect of Cynodon dactylon is obvious from the absence of lipid laden foam cells in treated group.

Oxygen free radicals are reported to be generated during hypercholestrolemic atherogenesis 25. Oxidative modification of lipid, i.e. oxidized low-density lipoprotein (Ox-LDL) has been suggested to play a critical role in the pathogenesis of atherosclerosis 26. LDL oxidation plays an important role in plaque growth and degenerative changes leading to cell disruption and death 27.

Agarose gel electrophoresis of cellular DNA showed ladder pattern (streak) of DNA fragmentation in HCD administered group, this might be due to increased endogenous DNAse activity by ROS which cut the internucleosomal region of liver cell (hepatocytes) into many fragments. This internucleosomal DNA fragmentation will activate caspase, which in turn activates apotosis 28 from many studies it has been proposed that ROS produced by HCD are known to be potent inducers of cardiac apoptosis 29.

The results of the present study indicate that Cynodon dactylon can reduce the oxidative damage caused by oxidized LDL on arterial walls of HCD rats due to its antioxidant property. Endothelial – intimal thickening and DNA fragmentations are increased in HCD group, which have been reversed to normal by treating with Cynodon dactylon.