INTRODUCTION: Residual solvents in pharmaceuticals are defined as organic volatile chemicals that are used or produced in the manufacture of drug substances or in the preparation of drug products. The solvents are not completely removed by practical manufacturing techniques. Appropriate selection of the solvent for the synthesis of drug substance may enhance the yield, or determine characteristics such as crystal form, purity, and solubility.

Therefore, the solvent may sometimes be a critical parameter in the synthetic process 8. Residual solvents are typically determined using chromatographic techniques such as gas chromatography 9.

Many synthetic schemes involves 2° alcohols 1 for recrystallization and as process solvents, in the same process sulphuric acid used for preparation of sulphate salts, during this process solvents converts into some degradents. In this present work the Secondary alcohol like 2-propanol, 2-butanol, 2-pentanol and 2-heptanol were degraded into different alkenes along with respective alcohols 2. The initial work was done with active pharmaceutical ingredient(API) sulphate salts having trace levels of 2-butanol and these samples were analysed by GC-HS and found three unknown peaks, as such 2-butanol injected into GC-HS and found only one peak. In 2-butanol added one drop of conc. H2SO4 and DMSO as solvent and injected into GC-HS system, here also three unknown peaks observed at same retention time as observed in API sulphate salt, unknown peaks identified and confirmed as degradents peaks of 2-butanol. The degraded products 5 were identified by using HS/GC, EI–MS 3 with better resolution and structures were confirmed by NIST software 4, 6, 7.

It is important to identify and justify the presence of unknown impurities eluting in GC-HS method of analysis with s/n more than 10. 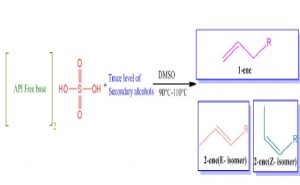 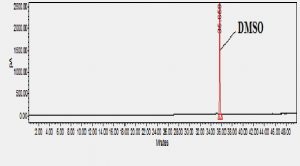 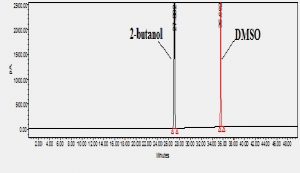 FIG. 3: CHROMATOGRAM OF 2-BUTANOL SOLVENT IN DMSO DILUENT BY GC-HS 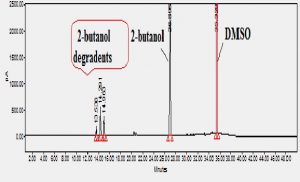 FIG. 4: CHROMATOGRAM SHOWING DEGREDENTS OF 2-BUTANOL IN PRESENCE OF DMSO AND SULPHURIC ACID BY GC-HS

Preparation of Standard solution: About 25 mg of butanol were taken in a 50 mL volumetric flask containing 10 mL of DMSO and added 1.0 equivalence of H2SO4 and made up to the mark with DMSO, this prepared solution taken for HS/GC-MS analysis. 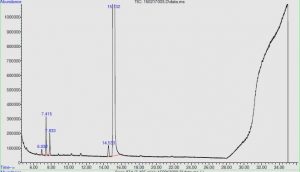 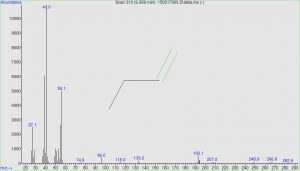 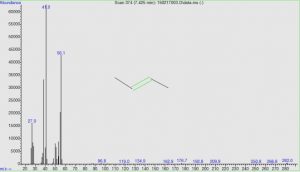 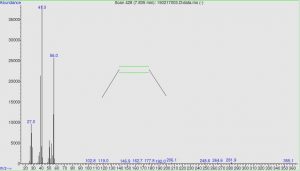 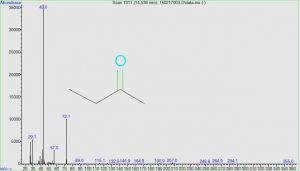 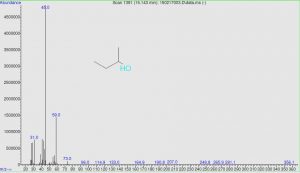 Preparation of API Test solution: 25 mg of API was taken in 10.0 mL HS vial containing 3 ml of diluent and Added 2mL of diluent. This solution was taken into HS vial for HS/GC-MS analysis. Because of absence of residual secondary alcohol in API-I and API-II degredent peaks not observed. 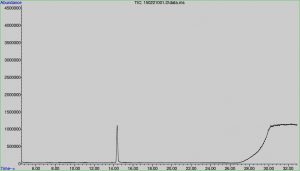 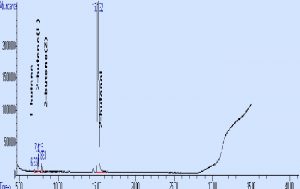 Observation in 2-Butanol standard solution: In GC-MS TIC three major peaks of 2- butanol in presence of sulphuric acid were but-1-ene, (E)-but-2-ene and (Z)-but-2-ene, based on the percent ratio, boiling point and elution order, the two were confirmed as (E),(Z) isomers. 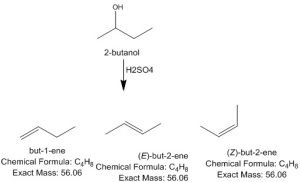 Observation in 2-pentanol standard solution: In GC-MS TIC three major peaks of 2- pentanol in presence of sulphuric acid were pent-1-ene, (E)-pent-2-ene and (Z)-pent-2-ene, based on the percent ratio, boiling point and elution order ,the two were confirmed as (E),(Z) isomers. 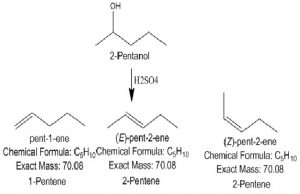 Observation in 2-heptanol standard solution: In GC-MS TIC three major peaks of 2-heptanol in presence of sulphuric acid were hept-1-ene, (E)-hept-2-ene and (Z)-hept-2-ene, based on the percent ratio, boiling point and elution order ,the two were confirmed as (E),(Z) isomers.

Observation in 2-propanol standard solution: In GC-MS TIC three major peaks of 2-propanol in presence of sulphuric acid were prop-1-ene, here no formation of E and Z isomers. 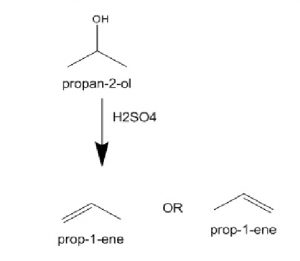 CONCLUSION: From the above data, any active pharmaceutical ingredient in sulphate salt form and 2°alcohols as process solvents in Gas Chromatography-Head Space analysis, there is a possibility of degrdation of secondary alcohols and these degraded products are isomers of secondary alcohols (at polar reason of chromatogram). These isomers namely E and Z were confirmed by HS/GC/EI-MS. The 1°alchols like 2-propanol/propan-2-ol were not given E and Z isomers in presence of sulphate salt. Secondary alcohols are not degrading in presence of HCl solution.

Note: DRL-IPDO Communication No.: IPDO IPM-00478 has been alloted for this research article in the research laboratory.

COMPETING INTERESTS: The authors declare no conflict of interest.