ABSTRACT: Introduction: In India, lung carcinoma is the 5th most common tumor and 2nd most common tumor in males as per the ICMR [Indian Council of Medical Research] registry of 2002. In our Indian set up, smoking is still a leading cause of lung cancer and related morbidity and mortality. The role of many cancer stem cell markers like CD133, ALDH1, etc., is being investigated in the origin and prognosis of lung cancer. Cancer stem cells (CSCs) have gained increasing attention recently in cancer research. CSCs have the ability to generate new tumors through their stem cell properties, essentially self-renewal potential and differentiation into multiple cell lineages. Aim: we planned a study correlating Cancer stem cell marker CD133 with smoking in newly diagnosed lung cancer patients. Material and Methods: Lung biopsies of a total of 55 patients visiting Era’s Lucknow Medical College and hospital and King George Medical University, suspected to be suffering from lung cancer, were taken in this pilot study for a period of 18 months. Lung tissue fixed in 10% formalin processed in paraffin blocks, used for staining, Sigma for Haematoxylin and Eosin staining, and Protein Tech for Immunohistochemistry. A detailed history of tobacco exposure and smoking was taken, and the smoking index was calculated by using pack years. Result: No significant association was seen in the presence of CD133 and SI. However, an increasing trend was seen with CD133 presence and smoking. Conclusion: With a larger sample size, CD133 presence might correlate with exposure to smoking and hence impact the prognosis and origin of lung cancer.

INTRODUCTION: Lung cancer is a very serious problem of the Indian subcontinent, especially in the lower socioeconomic subgroups. In India, lung carcinoma is the 5th most common tumor and the 2nd most common tumor in the males as per the ICMR [Indian Council of Medical Research] registry of 2002. It accounts for 6.9% of new cancer cases detected each year 1.

The absolute and relative frequency of lung cancer has risen dramatically over the decade. An example of the increasing frequency of lung cancers is that in the 19th century, the age-adjusted death rate from lung cancer was similar to that of pancreatic cancer; however, an increase has been seen since then in deaths caused by Lung carcinoma leading to increased age-adjusted death rates. In 1985 Lung carcinoma became the leading cause of cancer deaths in women and now causes approximately twice as many deaths as breast cancer. Of late, it has been seen that Lung cancer deaths are declining in men, and the death rate in women has plateaued secondary to decreases in smoking 2.

Exposure to biogas and chulha smoke, asbestosis, passive smoking are some other causes of lung cancer.

This is the WHO data and, in our Indian set up, smoking is still a leading cause of lung cancer and related morbidity and mortality. Cancer stem cell markers are being investigated not only in lung cancer but also in other varieties like colorectal cancers, breast cancers, and pancreatic cancers 3. Commonly being studied are CD133, ALDHI, ABPG2 etc. Hence, we planned a study correlating Cancer stem cell marker CD133 with smoking in newly diagnosed lung cancer patients.

MATERIALS AND METHODS: A total of 55 patients visiting Era’s Lucknow Medical College and hospital and King George Medical University, suspected to be suffering from lung cancer, were taken in this pilot study for a period of 18 months November 2014-April 2016. Patient consent and ethical clearance were taken before the study was conducted.

Patients with any co-morbidity like TB, fungal infections, or endocrine diseases were excluded. Lung tissue fixed in 10% formalin processed in paraffin blocks, used for staining, sigma for haematoxylin and eosin staining, and protein tech for immunohistochemistry. A detailed history of tobacco exposure and smoking was taken, and the smoking index was calculated by using pack years. 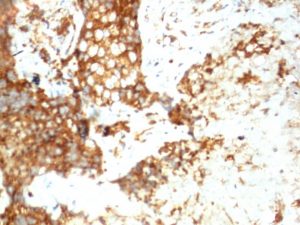 TABLE 2: EXPOSURE TO DIFFERENT RISK FACTORS AND PATTERN OF EXPOSURE 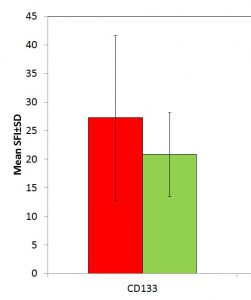 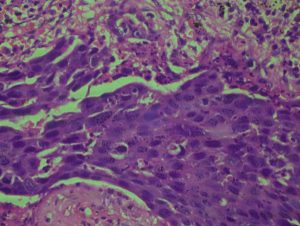 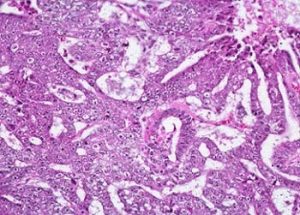 DISCUSSION: Lung cancer remains the leading cause of cancer-related mortality in the world and the most frequently diagnosed cancer worldwide, with non-small-cell lung cancer (NSCLC) accounting for about 80-85% of all lung cancer cases 5. There is a growing body of evidence that cancer stem cells (CSCs) represent a rare population of exclusively tumorigenic cells responsible for tumor initiation, progression, metastasis, and recurrence 6, 7. Therefore, a better understanding of the biology of CSCs is providing opportunities for improved cancer detection and therapy in the future. Various markers like aldh1, cd44, etc., have been proposed to define stem cell populations in distinct solid tumor types. Expression of the cell surface molecule CD133 is a well-accepted marker for lung CSCs.

Smoking is the most well-known etiological factor implicated in carcinogenesis. Both active and passive smoking or secondary smoking in the form of a non-smoker inhaling cigarette smoke exhaled by a smoker causes lung cancer. There are multiple genetic and epigenetic abnormalities associated with the pathogenesis of lung cancer 8. These abnormalities may result in the activation of oncogenes and inactivation of tumor-suppressor genes.

Chronic inflammation, which is known to promote cancer, may result both from smoking and from genetic abnormalities. These mediators, in turn, may be responsible for increased macrophage recruitment, delayed neutrophil clearance, and an increase in reactive oxygen species (ROS) 9. Thus, the pulmonary environment presents a unique milieu in which lung carcinogenesis proceeds in complicity with the host cellular network. This altered pulmonary microenvironment paves the way for both epithelial-mesenchymal transition (EMT) and the destruction of the specific host cell-mediated immune responses 10.

We in this study aimed at associating the expression of CSC CD133 with Smoking index [SI] in freshly diagnosed cases of lung cancer.

Statistical analysis was done using the chi-square test, Students T-test, with a comparison between parameters done using ANOVA and Kruskall Wallis H test. On studying the demographic data of the cases, we found that the age of patients under study ranged from 35 to 72 years. The majority of patients were aged above 50 years (54.5%), with the mean age of patients being 53.51±10.76 years. In the studies reviewed, the mean cut off age of patients taken was 40 years 117, 118, 119, while another study put the cut off age as 56 years 11.

Studying the sex distribution and exposure to risk factors of patients under study, we saw that majority of cases were males [42] (76.4%) while there were 13 (23.6%) females with the male to female ratio of patients being 3.23:1. Our finding was supported by another study done by Mohan A. et al., where they saw that the ratio of men to women was 7.4:1 12. In another study the male to female ratio was found to be increased (3.58:1), with 78 % of the total population being males 13.

On eliciting the clinical history, we saw that there were 42 (76.4%) smokers, 11 (20%) had exposure to biomass smoke, and 2 (3.6%) had exposure to biomass smoke as well as cigarette/bidi smoke. A total of 8 (14.5%) patients had an additional habit of tobacco/gutka (chewable tobacco products) chewing. The mean duration of smoking was 18.58 ± 8.28 years, and the SI/FQ index ranged from 10 to 60, with a mean value of 25.47 ± 13.09. These findings matched with another study where 73.8% were found to be smokers 14. Another study done on 255 patients saw 48% of patients having a significant smoking history 15. Smoking has been seen to be an important risk factor for the development of lung carcinoma and is well documented in literature 16, 17.

On studying the association between SFI and CD133 expression though the mean SFI of those with marker expression was higher as compared to those having no marker expression; however, the association was not significant statistically for either of two markers (p>0.05). While studying the association between CD133 marker expression score and SFI, in CD133 expression, with an increasing score, an increasing trend of mean SFI values was observed; however, it was not significant statistically (p=0.277) Higher expression of CD 133 with smoking has been found in some studies 18, 19. Biomass exposure is a phenomenon prevalent in the developing world like India, and our attempt was to highlight the importance of biomass exposure with conventional bidi smoking as a cause of lung cancer. The major limitations of this study were the small sample size, and absence of patient follow up, which prevent us from forming a definitive impression about the prognostic effect of these markers.

CONCLUSION: Not many studies have been done correlating the risk factor status with the CSC CD133 marker expression. Our study is a pilot study, so more data and a larger sample size are needed to get at a final definitive impression.

ACKNOWLEDGEMENT: I would like to thank the department of pulmonary medicine, Eras Lucknow medical college, Dept. of pulmonary medicine King George Medical University, Lucknow, Dept of CTVS, KGMU, Lucknow for their contribution and support. I would also like to thank my faculty in the department of pathology Eras Lucknow medical college and hospital.