ABSTRACT: Five medicinal plants used in the traditional medicine of India, were selected for studying their immunomodulatory potential through the activation of macrophages, individually and in synergism. The plants were Boswellia serrata Roxb., Curcuma longa L., Glycyrrhiza glabra L., Tribulusterrestris L., and Tylophora indica (Burm f.) Merr. In the present study, strong stimulation of antigen specific and nonspecific immunity was evidenced by increase in phagocytic index, percentage inhibition of yeast digestion, macrophage activation and intracellular killing capacity of all the extracts individually and of their combination in murine model. All were found to increase in a dose dependent manner. The results provide scientific basis for widespread use of these plants and their combination as tonic for immunostimulation and chronic ailments

INTRODUCTION: Immunomodulation (Immuno stimulation and immunosuppression) is a procedure which can alter nonspecific immunity by interfering with its functioning. Immunostimulation primarily implies stimulation of the non-specific immunity that is of the function and efficiency of granulocytes, macrophages, natural killer cells, complement, and the various effect or substances 2,10,12,13.

The special job of identifying foreign invaders and helping to determine whether they are good or bad guy, is done by macrophages. Macrophages are cells derived from bone marrow that circulate for a short time in the periphery

Macrophage activators could make the macrophages more active to phagocytose the foreign particles or antigens thereby stimulating the body's own immune system to overcome diseases4, 6, 11, 14. Many medicinal plants were known to contain phytochemicals that modulates the immune system without the dangerous side effects of pharmaceutical prescriptions 5, 9, 16.

In this context, five medicinal plants used in the traditional medicine of India, were selected for studying their immunomodulatory potential through the activation of macrophages, individually and in synergism. Boswellia serratahas anti-inflammatory and antibacterial activity 3. Curcuma longa L. rhizomes, has been widely used for centuries in indigenous medicine for the treatment of a variety of inflammatory conditions and other diseases. Glycyrrhiza glabra exhibits extensive biological activities, including antiulceric, antiinflammatory, antiallergic, antioxidative, antiviral, anticarcinogenic, antithrombotic, antidepressant like activity, antidiabetic, hepatoprotective, memory strengthening activities, neuroprotective activities and others. Among the clinically significant effects of Tribulusterrestris was found to improve muscle growth & body strength. Tylophora might have anti-inflammatory, antiallergic, and antispasmodic actions, hence, useful for the treatment of asthma7, 8.

In this context, the proposed work has been undertaken with an aim to evaluate the therapeutic efficacy of potential drug candidates from plant resources and their polyherbal combination, possessing immunomodulatory property with efficacy to increase the activation of macrophages, thereby altering the immune system of human beings for treating chronic ailments like allergy.

Collection and Extraction of plant material:

For the present investigation, following five plants have been selected. These were Boswellia serrata Roxb., Curcuma longa L., Glycyrrhiza glabra L., Tribulusterrestris L., and Tylophora indica (Burm f.) Merr. The collection of medicinal plants have been made from forest areas, botanical gardens, agricultural fields, villages and other localities of Bhopal and nearby areas. The collected plant materials were cleaned, dried, and ground to powder (about 40-60 mesh size) by mechanical grinder in order to obtain a powdered mass. The dried and powdered plant materials were first treated with petroleum and then extracted with suitable solvent system according to their polarity.

Animal Model: Experimental Mice, Swiss Albino (MusmusculusL.) with Age/ Weight/ Size: 3-8 weeks old; 24–30 g of either sex were obtained from the National Institute of Nutrition, Hyderabad and were acclimatized for 3-4 weeks in the animal house of Jawaharlal Nehru Cancer Hospital and Research Center, Bhopal. They were maintained under controlled conditions at temperature of 22 ± 2°C, humidity 60 ± 10% and a 12/12 hour light/dark cycle. All experimental protocols were approved by Committee for the Protection and Control and Supervision of Experimental Animals (CPCSEA), prior to beginning the experiments. The Registration No. is 500/01/a/CPCSEA/2001. (Reference no. 670/225-IAEC /2008/Project no. 49). Mice were divided into 21 groups with 4 in each as given in Table 1.

Carbon ink suspension: Commercially available camel brand black ink suspension was purchased from the local market and diluted in a ratio of 1:50 with normal saline and used in carbon clearance test in a dose of 1mL/200g body wt.

Method: At the end of five days of dosing of the mice, all were injected via the tail vein with carbon ink suspension (10 µL/gm body weight). Blood samples were withdrawn (in EDTA solution 5 µL) from the retro orbital plexus before injection (0 min) and 15 min after the injection of carbon suspension. 25 μL of blood was lysed with 2mL of 0.1% Na2CO3 (sodium carbonate solution) and its absorbance was determined at 650 nm. The phagocytic index, K, was calculated.

Method: Mice were orally fed with different doses of drugs, regularly for five days. Peritoneal fluid was isolated from the treated and control mice after 24 hrs by injecting 8-10 mL of cold phosphate buffer saline. After 5 minutes of injection, peritoneal fluid was aspirated and centrifuged at 1400 rpm for 15 minutes. Pellet was suspended in 5 mL RPMI-1640 medium. About 1 drop of gentamycin was added to the medium and coincubated for 24 hours at 370C in 5% CO2 incubator. After the desired time, culture was co incubated with heat inactivated yeast. After 30 minutes, it was centrifuged at 1400 rpm for 20 min. This process was done after 60 min., 90 min., 120 min., 150 min. and 180 min. The resultant pellet was fixed in cornoys fixative and smear was prepared on clean glass slide. The slide was air-dried and was stained with giemsa for 10 min. One hundred macrophages were scanned from each of the test and control smears. The macrophage cells with ingested yeast cells were counted. This was expressed as percentage phagocytosis or percentage inhibition of yeast digestion.

Different stages of phagocytic activity of macrophages against yeast were observed under 40-x magnification using light microscope.All the data were expressed as mean±standard error of mean (SEM) of three independent experiments performed under the same condition. Results with p<0.05 and p< 0.01 were considered statistically significant.

In the present study, the phagocytic index by carbon clearance method, percentage inhibition of yeast digestion, phagocytic activity and intracellular killing capacity of all the extracts individually and the methanolic extract of their combination at different doses in mice were found to increase in a dose dependent manner as compared to control.

Carbon Clearance: Prophylactic treatment of all the extracts enhanced the rate of carbon clearance from the blood as compared to that of the control group. All the extracts exhibited a significant increase in carbon clearance from the blood in a dose-dependent manner (Fig. 1). The doses of test drugs, for which maximum carbon clearance were seen, were methanolic extract of the polyherbal combination at all the three different doses (1.0, 1.5, 2.0 mg/kg) followed by Tylophoraindica extract at 1.5 mg/kg body wt dose. This process is related to phagocytosis by macrophages. Due to phagocytosis, the foreign matter is more rapidly cleared from the blood. 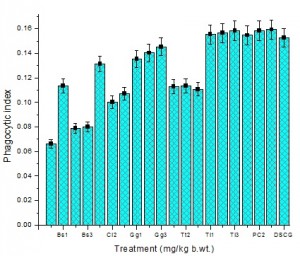 FIG.1: PHAGOCYTIC INDEX OF ALL THE GROUPS AS REVEALED BY CARBON CLEARANCE

An enhanced macrophage count was observed in the peritoneal fluid of mice provided with 2.0 mg/kg body weight of polyherbal combination, namely, 69.2 ± 0.33%. The activity was followed by the group of mice provided with 1.5 and 1.0 mg/kg body weight of polyherbal combination, namely, 64.5 ± 0.66% and 62.8 ± 1% respectively. T. indica when provided at a dose of 1.5 mg/kg body weight showed 52.4± 1.33% of phagocytosis, thereby indicating that it is more potent than other individual plant extracts in the enhancement of activation of macrophages within 30 minutes of incubation with yeast cells. The reference drug, dimethyl sulfoxide also showed 55.8± 0.66% enhancement of activation of macrophage (Table 1). From the present investigation, it was also noticed that at the end of 180 minutes of incubation, the number of yeast cells per macrophages were more than 18 per macrophage and reached to a 23.11 ± 0.11 (PC3) indicating that one macrophage can engulf even more than 20 yeast at a time. This phagocytic activity was found maximum in cases of PC3, PC2, PC1, Gg3 and Cl3 groups with more than 20 yeast cells per macrophage (Plates 1-8).

The macrophage phagocytic activity was both time-dependent and dose-dependent and is presumably due to both a direct effect of all the extracts on the macrophages and an indirect effect through its influence on surrounding cells. Results indicate that these extract enhances the phagocytic efficacy of the macrophages by causing more engulfment of the yeast cells, thereby stimulating a non-specific immune response. Significant dose related increase in the Phagocytic index was observed in mice treated with the highest dose of all the extracts.

It was also noticed that the number of active macrophages increases more rapidly from 30 minutes to 180 minutes in control groups as compared to groups Bs1, Tt1, Tt2 and Tt3. Also, the phagocytic activity, i.e., the number of yeast cells ingested per macrophage also increases with incubation time. During the incubation time, the phagocytic process showed all the phases from the initial phase to the engulfing phase and finally to the digested phase. The engulfing phase shows more number of yeast particles ingested and then digested. This increase in number of yeast cells was dose dependent (Plates 1-8).

The results indicate that all the six extracts at different doses enhanced the phagocytic efficacy of macrophages by causing more engulfment of yeast cells, thereby stimulating a non-specific immune response. Significant dose related increase in the phagocytic activity was observed in mice treated with the highest dose in all the groups. 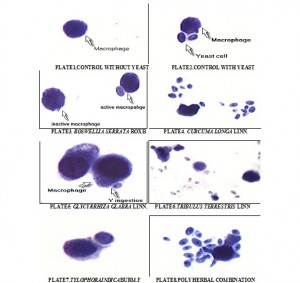 TABLE 1: PHAGOCYTIC ACTIVITY OF MACROPHAGES BY ALL THE EXTRACTS AT DIFFERENT INTERVALS OF INCUBATION

Results expressed in Mean ± SEM; Replicates: 3; All the results were statistically significant at p<0.05 and p<0.01

Intracellular Killing Capacity (IKC): In the present study, the number of ghost cells (Table 2) was also counted after every 30 min of incubation. While counting the macrophages with phagocytosed yeast, a record of all intracellular forms of yeast was maintained. Two forms were observed; (a) yeast cells with homogenous blue cytoplasm, and (b) yeast cells with partially or completely decolorized cytoplasm (ghost cells). The "ghost cells" were considered as killed/digested organisms by macrophages. The intracellular killing capacity (ICK) was expressed as the number of ghost cells present per 100 phagocytosed yeast cells. This digestion starts after 90 minutes of incubation period. However, group Bs1, group Tt1 and group Tt2 showed IKC after 120 minutes of incubation with yeast cells. The number of ghost cells was expressed as IKC of a macrophage, which was also shown to increase in a dose dependent manner within the same group and also with time duration.

CONCLUSION: These results were the evidences about the immunomodulatory potential of all the five herbs selected and their combination which were found to increase macrophage activation, and hence, they could be a potential source of natural immunomodulatory and antiallergic agent. The work, therefore, validates the characteristics attributed to these herbs. The most potent activity of polyherbal combination, i.e., the combination of all the five medicinal plant extracts, B. serrata, C. longa, G. glabra, T. terrestrisand T. indica, can be attributed to the advantages of synergism.  The study helps in providing novel plant based prophylactic agents for treating immune related