Categories Menu
Home » IMPORTANCE OF SR-B1 RECEPTOR IN CARCINOGENESIS AND TREATMENT: A REVIEW

ABSTRACT: Scavenger receptor class B member 1 also known as SR-B1 is a receptor that in human is encoded by the SCARB1 gene. SR-B1 functions as a receptor for high density lipoprotein. SR-B1 receptor is mostly found in liver and is best known for its role in facilitating the uptake of cholesteryl ester from HDL in liver. This movement of cholesterol is known as reverse cholesterol transport. Cancerous cells generally have high requirement for cholesterol as they are rapidly dividing cells. HDL acts as carrier for cholesteryl esters and triglycerides. The high affinity of cancer cells for HDL has made HDL useful as carrier for delivering anti-cancer drugs into cancerous cells. So synthetic rHDL particles are designed as carrier for anti-cancer drug owning to their structural features, biocompatibility and targeting capability via receptor mediated mechanism due to which cytotoxic effect of cancer chemotherapeutic drugs on healthy organs can be significantly diminished by employing rHDL as carrier. Drugs incorporated into rHDL were 2.5-23 times cytotoxic to cancer cell than the free drugs.

INTRODUCTION: SR-B1 Receptor: Scavenger receptor class B member I also known as SR-B1 is a protein that in humans is encoded by the SCARB1 gene. SR-B1 functions as a receptor for high density lipoprotein 1. SR-B1 is an integral membrane protein found in numerous cell tissues including liver. It is best known for its role in facilitating the uptake of cholesteryl ester from HDL in the liver 2. This process drives the movement of cholesterol from peripheral tissues towards the liver for excretion and this movement of cholesterol is known as reverse cholesterol transport 3.

Differences in particle size are mainly the result of the number of apolipoprotein particles and the volume of the cholesterol ester in the core of the particle. HDL can also be classified into larger, less dense HDL2 or smaller, denser HDL3 which falls within the density ranges 1.063–1.125 and 1.125–1.210 g/mL, respectively8. The major physiological role of HDL is to transport water-insoluble lipids from their point of origin to their respective destinations. HDL is synthesized mainly in the liver and intestine 9. 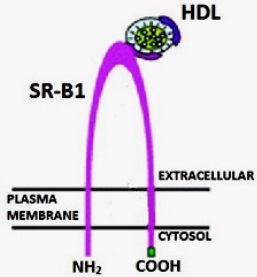 MATERIALS AND METHODS: Preparation of rHDL/drug complexes: Egg yolk phosphatidyl choline, 0.45 mg of unesterified cholesterol and 0.9 mg of cholesteryl oleate, were dissolved in absolute alcohol, 300µg of taxol combined in a 15 ml conical glass tube and the solvent was evaporated under N2. Next, 5 ml of buffer was added. The mixture was sonicated in a Branson sonicator using a microtip, under the stream of N2 at 60oC for 15 minutes and then stopped for 5 minutes. This cycle was repeated 4 times. The temperature was then lowered to 40oC and 10 mg of apoA-1 was dissolved in 4 M guanidine HCI and then added slowly to the lipid dispersion. Sonication was resumed for another 30 minutes at 40oC under N2. The TX containing rHDL fractions were isolated by density gradient ultracentrifugation and dialyzed overnight against 4.3 mM Na2HPO4, 1.2 mM KH2PO4, 137 mM NaCl, 2.7 mM KCl, pH at 4oC 11.

Role of Lipoprotein in Cancer: Cancerous cells generally have high requirements for cholesterol as they are rapidly dividing cells. The Low density lipoproteins (LDL) which are cholesterol-rich particles have been especially found to play significant role in the pathogenesis of a large number of cancers. For instance, increased LDL requirement and receptor activity have been reported in cancer of prostate gland 12, colon 13, adrenal gland, breast tumors, etc. In contrast, the level of circulating HDL-cholesterol goes down this is the indication of cancer 14.

Role of Lipoproteins in Cancer Chemotherapy: The cytotoxic effects of cancer chemotherapeutic drugs on healthy organs can be significantly diminished by employing special drug delivery systems targeted specifically to cancer cells 15. Lipoproteins have been considered appropriate drug-delivery vehicles for anticancer drugs 16, owing to their structural features, biocompatibility and targeting capability via receptor mediated mechanism 17. The basic structure of lipoproteins, which comprises of an outer protein phospholipid shell with a lipophilic surface and an interior hydrophobic compartment, positions them as ideal transporters of hydrophobic drugs, including anticancer agents 18. The high affinity of cancer cells for HDL has made them useful as carrier for delivering anticancer drugs into cancerous cell 19. During the process of carcinogenesis tumor cells exploit the HDL mediated removal of cholesterol from peripheral tissue to satisfy their increased cholesterol requirement 20. 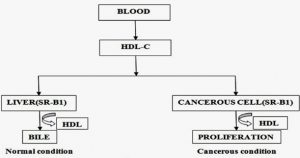 FIG. 3: FLOWCHART OF MECHANISM OF ACTION

RESULTS: The main advantages of lipoproteins as anti-cancer drug carriers are

DISCUSSION: Lipoproteins, which are cholesterol-rich particles, have been especially found to play significant roles in the pathogenesis of a large number of cancers because rapidly dividing cancerous cells generally have high requirements for cholesterol. In addition most available anticancer drugs do not perform optimally because of limited accessibility to target tissues. The deleterious effects of anticancer drugs on healthy organs can be markedly diminished by employing special drug delivery systems that specifically target cancer cells, using lipoproteins as carriers. According to study drugs incorporated into HDL were 2.5–23 times cytotoxic to cancer cells than the free drug.

CONCLUSION: The concept of delivering therapeutic agents via HDL type transport vehicles has come a long way since the original postulates of Counsell and Pohland as the receptor mediated uptake of drugs and the extended safe circulation time are attractive features of these nanoparticles. The rHDL drug delivery model may have particularly important applications in cancer therapeutics because of the potential for tumor selective delivery of anti-cancer agent. Strengthening the pre-clinical proof of concept will likely pave the way for clinical trials and ultimately the therapeutic application of the rHDL nanoparticles.

ACKNOWLEDGEMENT: The authors’ review article has been supported by the entire faculty of Department of Pharmacy, Prasad Institute of Technology, Jaunpur for the treatment of cancer.