INTRODUCTION: Curcumin (CUR) (Scheme 1) containing keto-enol-enolate equilibrium is a kind of pigment that isolated from the rhizomes of turmeric. It could be commonly utilized as food dye and spice in curries. 1, 2, 3 In recent years, many researchers discovered that CUR and its derivatives exhibited some amazing properties such as antioxidant, anti-inflammation, anti-microbial, anti-cancer and anti-mutagenic with low intrinsic toxicity.4,5 However, its poor water-solubility restricted its practical application in biology to a great degree. Thus, it is urgent to improving the water-solubility of CUR. Recently, scholars have made great efforts to develop new methods to increase the water-solubility of CUR, such as nanoparticles, 6 nanogels, 7, 8 conjugates 9, 10 and bilayers.11, 12

For example, Bhawana 6 have successfully prepared the nanoparticles of CUR with a narrow particle size distribution in the range of 2-40nm by a process based on a wet-milling technique, which can freely dispersible in water in the absence of any surfactants. Ahmad Safavy 10 have synthesized two kind of water-soluble CUR conjugates and detailly studied their cytotoxicity as potential anticancer agents.

In recent years, hyperbranched polymers have received more and more attention because of their unique three-dimensional structure and characteristics. Distinct from their linear analogs, hyperbranched polymers have structures and topologies similar to the dendrimer, and they could show some outstanding properties such as low solution/melt viscosity, abundance in terminal groups and ehanced solubility, etc. 10, 11 The preparation of dendrimers require tedious synthetic procedures, but the hyperbranched polymers could be easily synthesized through simple one-pot approach. 15 This kind of polymers with highly branched globular structures can be used as host molecules to combine with guest molecules through intermolecular interactions. 16, 17 If the prepared hyperbranched polymers could easily dissolved in water and could complex with curcumin, the solubility of CUR in aqueous solution might be effectively enhanced.

To our knowledge, improving the water-solubility of CUR by the formation of complex with hyperbranched polymers was scarcely reported. Therefore, in this study, we aimed to increased the water-solubility of CUR by the formation of complex between CUR and water-soluble hyperbranched poly(amide-ester)(HBPAE) with amount of hydroxyl groups. HBPAE was synthesized by a one-pot condensation reaction through the reaction of the commercially available succinic anhydride and  Tris(hydroxymethyl) methyl aminomethane. The chemical structure of HBPAE was given in Scheme 1.  HBPAE could be easily dissolved in water because of the presence of many hydroxyl groups. When solid CUR was dispersed into HBPAE aqueous solution, the complex could be formed by intermolecular interaction, which could effectively improved the water-solubility of CUR. The complex process was analysed by UV-vis absorption spectroscopy, fluorescence quenching method, Fourier transformation-infrared (FTIR) spectroscopy, thermogravimetric analysis (TGA). All of the result could prove the formation of complex. The water-solutility of CUR was increased more than 1000-fold at the presence of HBPAE. 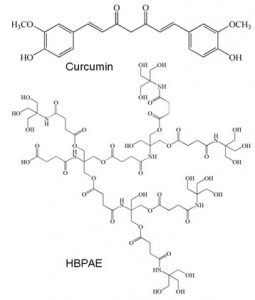 SCHEME 1: THE CHEMICAL STRUCTURES OF CUR AND HBPAE

Preparation of HBPAE: HBPAE have been firstly synthesized and reported by our groups 18, 19, 20. Following is the detailed procedure. Tris (hydroxymethyl) methyl aminomethane (0.1mol), absolute methanol (15mL) and 1mL pyridine were added into dried reaction bulb. The mixture was stirred and cooled to 0°C. Succinic anhydride (0.1mol) was added to reaction system in bathes. Then reaction was continued for 6h and methanol was removed by vacuum distillation to obtain monomer. The monomer was polymerized for 10h using p-toluene sulfonic acid as catalyst at 120 °C. In reaction process, water was excreted in order to increase the molecular weight. The final polymer was light yellow glassy solid. The molecular weight was measured by GPC. Mn= 0.83×104；PDI:2.02。

Preparation of HBPAE/CUR complex: HBPAE (0.625g) was dissolved in deionized water (5 mL) in a glass vial containing a magnetic bar. Solid CUR (5 mg) was added to the HBPAE aqueous solution and the as-formed mixture was then stirring for 24 h at room temperature. After filtering, the supernatant containing highly water-soluble HBPAE/CUR complex was obtained. A series of complex were obtained by dispering CUR in different concentration of HBPAE aqueous solution. These complex was collected by freeze-drying the supernatant and stored in desiccator for use.

Measurement of fluorescence quenching were performed on RF-5301PC at room temperature. Thermal gravimetric analysis (TGA) were carried out on Perkin-Elmer Pyris 6 under nitrogen atmosphere with a heating rate of 10℃/min.

The solubility of CUR in HBPAE aqueous solution: In order to study the solubility of CUR in HBPAE aqueous solution, CUR solid was dispersed in different concentration of HBPAE aqueous solutions. Then the solution was stirred for 24 h at room temperature and filtered with filter membrane. The HBPAE/CUR complex was obtained when filtrate was freeze-dried. To quantify the exact amount of CUR in different concentration of HBPAE, the calibration curve of UV absorption vs. CUR concentration must be plotted. To avoid the measurement error in different solvent, methanol was chosen as solvent to plot standard curve, which can dissolve both pure CUR and HBPAE/CUR complex. The absorption spectrum of HBPAE/CUR complex in methanol are different with that in water, which may be caused by the different polarity. The dielectric constant of water was 81, but 33.7 for methanol. Here, the absorption spectrum of HBPAE/CUR in aqueous and methanol was also given in Fig. 1. Complex in aqueous solution featured three absorption peaks at 324 nm, 364 nm and 425 nm. But only one broad absorption peak at 425 nm was observed in methanol. The absorbance of HBPAE/CUR at 425nm in methanol and CUR was fitted with the following equation obtained by calibration curve:

A is the absorbance of HBPAE/CUR at 425nm in methanol; C is the concentration of CUR combined in HBPAE aqueous solution.

The absorption spectra of freeze-dried HBPAE/CUR complex with different concentration HBPAE in methanol were measured under the same conditions and the curve of absorbance at 425nm in methanol vs. HBPAE concentration are shown in Fig. 2(A). From the spectra, when the HBPAE concentration changed from 0.025g/mL to 0.175g/mL, the solubility of CUR in HBPAE aqueous solution increased from 1.081×10-3g/mL to 7.565×10-3g/mL calculated by the standard curve equation. 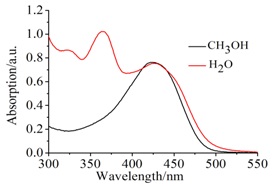 FIG. 1: UV-VISIBLE ABSORPTION OF COMPLEX IN WATER AND METHANOL

However, the dissolubility of CUR in pure water is only 1×10-6g/mL in literature.21

HBPAE with a large number of internal cavities can complex with CUR by non-covalent interaction between HBPAE and CUR molecules. Thus, the addition of HBPAE in water can greatly raise the solubility of CUR through the formation of HBPAE/CUR complex. 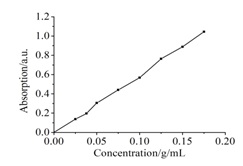 FIG. 2 (A) CHANGE IN PEAK INTENSITY OF ABSORBANCE AT 425NM VS. HBPAE CONCENTRATION    (B) THE PHOTOGRAPH OF CUR IN DIFFERENT CONCENTRATION OF HBPAE SOLUTION 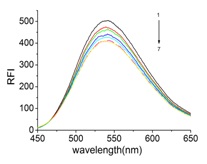 FIG. 3: FLUORESCENCE EMISSION SPECTRA OF CUR IN ABSENCE AND PRESENCE OF DIFFERENT HBPAE

The binding constant kA can be calculated from the slop of the polt of 1/(F0-F) versus 1/[Q] and the value was 3.98×105 L·mol-1. The data analysis show that groud state complex can be formed between HBPAE and CUR. This may be the main reason for enhanced solubility of CUR in HBPAE aqueous solution.

UV-Vis absorption spectra analysis: For the better understand of complex formation, the UV-Vis absorption of complex in aqueous solution at different temperature from 25°C to 90C°were further measured (Fig. 4A). When the solution temperature was increased from 25°C to 90°C, the intensity of the absorption peak at 425 nm was decreased and the absorption peak at 324 nm was raised. But for the absorption at 364nm, there was no obvious change. This result is absolute different with the change of CUR in pure water reported in literature. 21 In pure water, the three absorption were situated at 237nm, 345nm and 419nm. The change of absorption peak was caused by the change of solvent polarity because of the addition of HBPAE in pure water. The three peak intensity were obviously increased because the solubility in water was enhanced when temperature is changed from 25°C to 95°C. These difference further proved that the complex may be formed by intermolecular force between HBPAE and CUR molecules when HBPAE was added. When temperature was raised, the intermolecular interaction may be destroyed.

In the case of HBPAE/CUR inclusion complex spectrum, similar to that of HBPAE, all the sharp peaks belong to HBP have appeared and only few characteristic peaks of CUR are visible. Because of complexing with CUR, the peaks related to HBPAE were shifted to higher/lower wave numbers, i. e., 3379-3382cm-1, 1739-1738cm-1, 1662-1660cm-1. 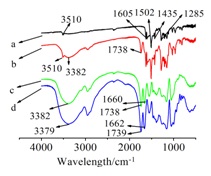 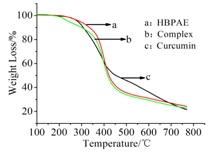 Thermogravimetric curve analysis: Fig. 6 was the thermogravimetric analysis of HBPAE, curcumin and complex. From the spectra, the TGA curve of complex is obviously different from that of curcumin. Comparing the curve of HBPAE and complex, the weight loss of complex is greater than HBPAE at temperature from 200℃ to 400℃, which may be the loss of curcumin complexed with HBPAE. Above 400℃, the weight loss of complex was similar with that of HBPAE, which may be the skeleton construction of HBPAE.

CONCLUSIONS: In summary, the complex of hyperbranced polymer (HBPAE) and curcumin was prepared by dispersing solid curcumin in HBPAE aqueous solution. Clearly, the solubility of curcumin was effectively enhanced in HBPAE aqueous solution, which is beneficial for its potential application in biology. This complex procedure was investigated through fluorescence quenching method, FT-IR spectra, UV-Vis spectra and TGA. We do believe that this primary study provides more room to approach the design and synthesis of novel hydrophilic hyperbranched polymers and extend the bioavailability of curcumin.