ABSTRACT: Snake venom is cocktail of various enzymes, toxins. Snake venom components have major role as therapeutics application in current drug industry. Snake venom toxins plays vital role as one of the major component in case of bite and most of the toxins are lethal which are of various types such as cardio-toxins, myotoxins and neurotoxins etc. The Indian Cobra neurotoxins sequences were retrieved form Swissprot Database. The ten neurotoxins were characterised and three were modelled using in silico approach whose structure were not available on Protein Data Bank and protein model portal. The neurotoxins were modelled using homology modelling approach and energy minimisation was carried out for all the three neurotoxins. The stearic hindrance was removed using chiron server. The Ramchandran plot was used to validate the modelled structure which provides idea of the modelled structure conformation and configuration and it was satisfactory. Further the modelled structures will be used to understand docking with the suitable receptor.

Cobra toxin interferes with this process by binding to Acetylcholinesterase (AChE) and to the Acetylcholine receptors on the muscle cells on synaptic gaps of the nerves there by paralyzing muscles and in case of severe bites leading to respiratory failure or cardiac arrest 2. It is also known since long time that toxicity of cobra venom can withstand boiling which reflects the heat stability of various components present in the venom.

Thus, venom contains substance designed to affect the vital process such as the function of nerves and muscles, the action of heart, circulation of blood and the permeability of the membrane 3. Cobra venom contains a large number of pharma-cologically active substances with a specific mode of action 4. Such compounds can be of great value in the investigation and may be useful as potent or a novel approach of therapeutics.

Toxins are studied to better understand how inhibitors work. Specifically, they have helped us gain a greater understanding of muscle and nerve function.

2)      Computational Tool and Servers: The physico-chemical parameters, the amino acid compositions,percentages of hydrophobic and hydrophilic residues were calculated from the primary structure analysis results and are tabulated in table 1. Theoretical isoelectric point (pI), molecular weight, total number of positive and negative residues, extinction coefficient, half-life, instability index, aliphatic index and grand average hydrophathy (GRAVY) was computed using the Expasy’s ProtParam (http://us.expasy.org/tools/protparam.html) prediction server. The SOPMA server was used for the secondary structure prediction shown in table 2 5. The TMHMM server 6 was used for the identification of transmembrane regions. The presence of disulphide bridges (SS bonds) in Neurotoxin protein sequence  P25671, P29180, Q9PTT0, P29179, P29181, P29182, P25668, P25669, P25672 and P25673 is predicted by the tool CYS_REC 7. CYS_REC identifies the position of cysteines, total number of cysteines present and it also predicts the most probable SS bond pattern of pairs in the protein sequence shown in table 3. The 3D structure of 3 Neurotoxin proteins P25668, P25672 and P25673 were generated by homology modelling using Swiss workbench server. The energy minimisation of modelled neurotoxins was done using Chiron server 8. The modelled 3D structures were evaluated using the online servers Rampage server 9 and are shown in figure 1. The software UCSF Chimera was used to visualize the modelled 3D structures of three neurotoxins, P25668, P25672 and P25673 Neurotoxins were shown in figures 2, 3 and 4 respectively. The hydrophobicity and atomic configuration of P25668, P25672 and P25673 were shown in figure 5, 6 and 7 respectively.

Table No 2. Secondary Characterization of the Neurotoxins

Although Expasy’s ProtParam computes the extinction coefficient for a range of (276, 278, 279, 280 and 282 nm) wavelength, 280 nm is favoured because aromatic amino acids like tryptophan and tyrosine present in protein show maximum absorption at 280nm and other amino acids do not show such maximum absorption at 280nm. Extinction coefficient of neurotoxin protein at 280 nm was ranging from 3605 to 10470 M–1 cm–1 with respect to the concentration of Cys, Trp and Tyr.

The high extinction coefficient of Q9PTT0 indicates presence of high concentration of Cys, Trp and Tyr. The computed protein concentration and extinction coefficients help in the quantitative study of protein–protein and protein–ligand interactions in solution. The aliphatic index (AI) which is defined as the relative volume of a protein occupied by aliphatic side chains (A, V, I and L) is regarded as a positive factor for the increase of thermal stability of globular proteins. The high aliphatic index of P29179, P29180 and Q9PTT0 neurotoxin infers that this neurotoxin may be stable for a wide range of temperature.

The neurotoxins were visualised using UCSF chimera software. The energy minimisations of neurotoxins were carried out using online Chiron server which also removes clashes in the atoms and also helps in structure refinement. 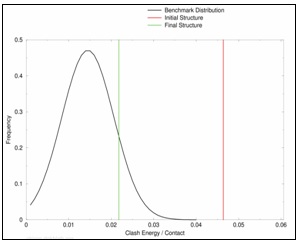 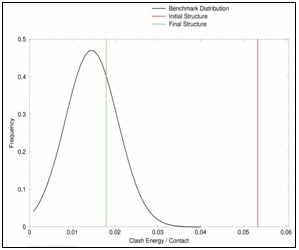 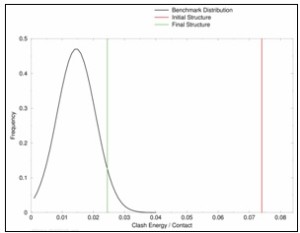 FIGURES 1: (A), (B), (C) SHOWING INITIAL STATE OF THE    STRUCTURE AND REFINED STATE AS FINAL STATE OF STRUCTURE IN TERMS OF ENERGY FOR NEUROTOXIN USING CHIRON 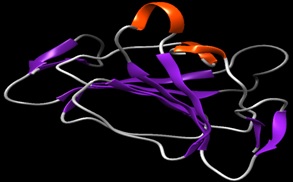 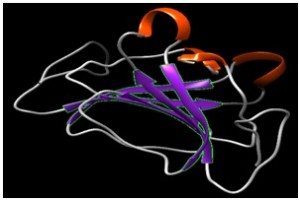 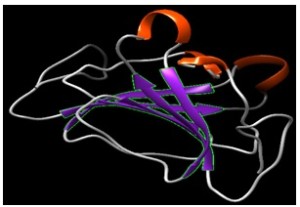 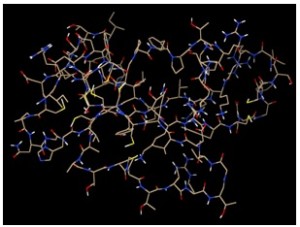 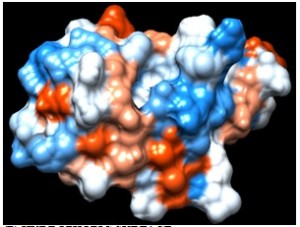 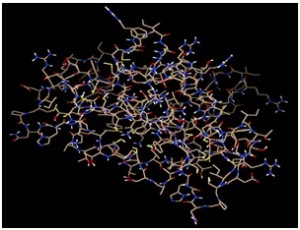 A) STRUCTURE SHOWN IN ATOMIC CONFIGURATION 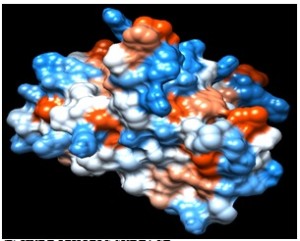 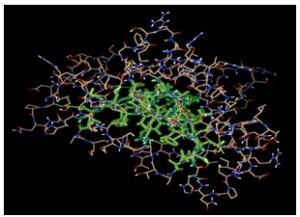 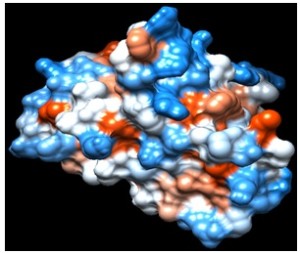 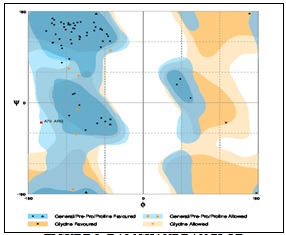 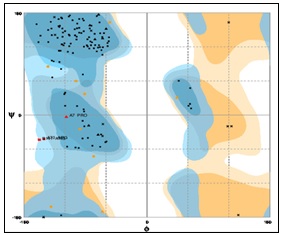 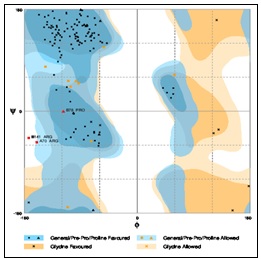 TABLE 4: RESULT GIVEN BY RAMCHANDRAN   PLOT IN PERCENTAGE WISE MANNER BY RAMPAGE SERVER FOR P25668

TABLE 5: RESULT GIVEN BY RAMCHANDRAN PLOT IN PERCENTAGE WISE MANNER BY RAMPAGE SERVER FOR P25672

TABLE 6: RESULT GIVEN BY RAMCHANDRAN PLOT IN PERCENTAGE WISE MANNER BY RAMPAGE SERVER FOR P25673

CONCLUSION: The neurotoxins of Indian Cobra venom was characterized using bioinformatics tools. This information obtained can be further used for understanding their effective role in neuro and cardial function and also for designing new therapeutic agents against varoius diseases like Alzhimer’s, Parkinson’s, Heart disease, Cancer and many more thus, becoming a boon in the development of medicinal science.