INTRODUCTION: Chikungunya virus is an alphavirus belonging to the Togaviridae family and was first isolated from the serum of a febrile patient during a dengue epidemic that occurred in the Newala district, Tanzania, in 1953 1. Chikungunya means “the bent walker” in Swahili. Phylogentically, Chikungunya virus has been classified into three different clades, primarly by geography into West African, Central/East African and Asian CHIKV 2. A classical triad of signs for CHIKV infection includes fever, arthralgia and rash.

CHIKV illness begins with a sudden onset of fever reaching as high as 104°F that may last upto 10 days. Significant manifestation of CHIKV illness is severe joint pain and arthralgia. It is commonly symmetrical and peripheral being noted in the ankles, toes, fingers, elbows, wrists and knees. The affected joints exhibit extreme tenderness and swelling with incapacitating pain that may lasts for weeks or months. Paresthesia of the skin over the affected joints is reported.3

Although in the present decade, antiviral drugs to treat the viral infections has considerably increased however the antiviral drugs for the infections caused by Chikungunya virus is lacking. The present treatment regime of administering paracetomol, ibuprofen could alleviate the pain and inflammation in patients but the question remains whether the virus has been eliminated from the patient. Till date, no specific antiviral drug has been approved to treat Chikungunya infection. Owing to the limitation in the treatment and the annual incidence of epidemics in Asian countries since 2006, there is an urgent need for the., 6-8, Alpinia   Officinarum   Hance., 9-10 Andrographis development of drugs. Thus the plants of Indian origin that had been in use for a long time such as Alpinia   Galanga   (L) Willd paniculata Wall.ex.Nees., 11 Melia azadirachta L., 12-13 and Azadirachta indica A. Juss., 14 for the treatment of viral infections with the symptoms of high fever and inflammatory reactions were selected and studied for the antiviral activity to both the Asian and East central south African strain of Chikungunya virus.

Processing of Leaves and Rhizome

TABLE 1:  PLANTS AND THEIR ETHANOPHARMACOLOGICAL USES

Twenty (20) gms of dried powder of each plant parts were soaked in 100 ml of   aqueous (100 %), aqueous ethanol (50%: 50%) & ethanol (100%) and stored at - 4 ° C overnight for 24 hrs. After 24 hrs, the extract was squeezed in gauze cloth and centrifuged at 5000 rpm for 15 min to clarify the extract. The clarified extract was filtered using 0.22μm Millipore filter and the filtered extracts were lyophilised at -70° C at reduced pressure. The lyophilised extracts were then stored for further use at -4 ° C. All the plant parts were authenticated and deposited in the Herbarium at Presidency College.

Stock preparation and dilution of the lyophilised extracts

One gram of the extract was weighed and dissolved either in ethanol / water based on the solubility and made upto 1ml in Minimum essential medium (Sigma Aldrich, India) and made the final stock solution as 1mg/1ml by adjusting the  p H to 7.0 with HCl or NaOH.  The dissolved extract was filtered using 0.22 µm syringe filter. (Sartorious). The stock solution was diluted from the concentration of 500µg/ml to 3.9µg/ml.

About 100μl of the diluted aqueous, aqueous ethanolic, ethanolic extract of varying concentrations (500µg/ml to 3.9µg/ml in log2 dilution) was added to the confluent Vero cell line in 96 well tissue culture microtitre plates. 100 μl of 2% MEM was added into wells and control wells were maintained. Incubated for 4 days at 37 °C and the highest concentration of the compound that showed no morphological variations or alterations as observed under inverted phase contrast microscope (Nikon) were considered as Maximum Nontoxic Concentration of the drug. Concurrently Cytotoxicity 50 % was calculated from the concentration of the extract that reduced the cell viability by 50% to that of the control by plotting a graph.

Viral stocks and estimation of TCID 50

Asian and East central South African strain of Chikungunya virus were procured from National Institute of Virology, Pune and the Tissue culture Infective Dose (TCID 50) was estimated by Reed and Meunch Method ., 1938. Briefly about 100 μl of the diluted virus was suspended in 900 μl of 2% MEM and it was serially diluted from 1 to 12th concentration and 100μl of the diluted virus was added to the respective columns and incubated at 37 °C for 1 hr and about 100μl of 2% minimum essential medium was added .After 48 hrs, the cytopathic effect in the wells of each rows were counted and TCID 50 were estimated as below.

Antiviral assay of the lyophilised extracts were carried out from the maximum nontoxic concentration of the extracts and cells were infected with the virus at Multiplicity of infection of 1 (MOI) of TCID50 and incubated for 1 hr at 37°C. After adsorption of virus, maximum nontoxic concentration (MNTC) of the drug was added to the adsorbed virus and incubated at 37°C.Virus control with untreated drug and cell control were maintained.

Life cycle of Chikungunya virus is short of about 8-16 hours post infection and numerous newly infected cells can be detected releasing high levels of progeny virions. Also CHIKV is highly cytopathic for mammalian cells inducing apoptosis in the infected cells. Vero cell line was preferentially used to study the cytotoxic and antiviral assay as the detectable cytopathic effect is observable within 48 hrs at the multiplicity of infection 1. 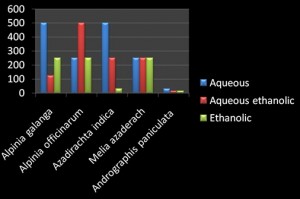 Antiviral activity of these plants to Asian and East central South African lineage of Chikungunya virus was assessed by the inhibition of viral induced cytopathic assay. Aqueous Aqueous ethanolic and ethanolic extract of Melia azederach were able to inhibit the growth of Asian strain of Chikungunya virus at the concentration of 31.25µg/ml. 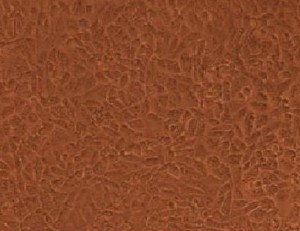 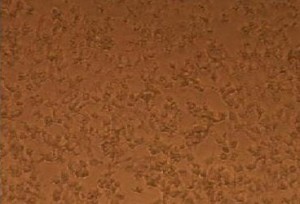 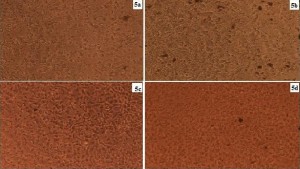 FIG 5: ANTIVIRAL ACTIVITY OF THE EXTRACTS OF ASIAN STRAIN OF CHIKUNGUNYA VIRUS-

5a) AQUEOUS EHANOLIC EXTRACT OF ALPINIA OFFICINARUM AT 72.5µg/ml

5b) AQUEOUS EHANOLIC EXTRACT OF MELIA AZEDARACH AT 31.25µg/ml 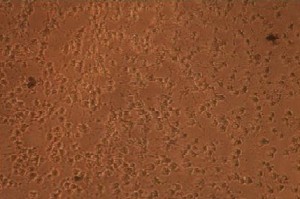 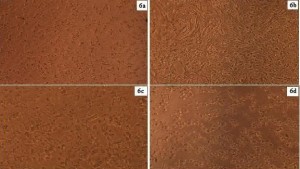 FIG 6: ANTIVIRAL ACTIVITY OF THE EXTRACTS OF AFRICAN STRAIN OF CHIKUNGUNYA VIRUS-

6a) AQUEOUS EHANOLIC EXTRACT OF ALPINIA OFFICINARUM AT 500µg/ml

6b) AQUEOUS EHANOLIC EXTRACT OF MELIA AZEDARACH AT 125µg/ml

Out of the 15 extracts tested, ethanolic extract of Melia azedarach were found to be effective to both the Asian and African strain of Chikungunya virus which was found to be equally effective and promising to that of the control drug Ribavirin.

Although Alpinia officinarum and Azadirachta indica were able to inhibit the Asian strain of Chikungunya virus at higher concentrations, SI was not significant and showed narrow toxicity range. Furthermore the extracts of Alpinia officinarum and Azadirachta indica so as to found to be active for the Asian strain of Chikungunya virus were not effective for the ECSA lineage of Chikungunya virus. The ineffectiveness of the extracts to the ECSA lineage could be attributed to the highly infectious and fast replicative properties of the strain.

Amongst the three active extracts of Alpinia officinarum studied, aqueous and ethanolic extract was found to be highly effective for the Asian strain in comparison to aqueous ethanolic extract. Conversely, Alpinia officinarum were able to inhibit Asian strain of Chikungunya virus at lower selectivity indices in contrast to the standard drug Ribavirin. A drug to be used for a therapeutic rationale, the effective concentration of the extract should not be in a narrow range with the safety value of the drug. Consequently, the inclination of Alpinia officinarum for further evaluation of therapeutic intention to Chikungunya virus is uncertain.

Melia azedarach showed better activity to Asian strain and ECSA strain with higher Selective index in comparison to the standard drug Ribavirin. Although ribavirin could inhibit the Asian strain at lower concentration at 31.25µg/ml but failed to inhibit ECSA strain at lower concentrations and exhibited partial inhibition  at higher concentrations above 250µg/ml.Earlier reports had revealed that methanolic extract of Andrographis paniculata were able to inhibit the dengue virus (Lion IC tang et al. 2012), here, in our study aqueous, aqueous ethanolic and ethanolic extract failed to exhibit any activity to both the Asian and African lineage of Chikungunya virus. This could be explained by the lower concentrations of the extracts tested in our study due to toxicity of the extracts at higher concentration.

As reported by Briolant et al., 2004 ribavirin is found to show better activity synergestically with interferon than alone. Also Haemolytic anaemia is a common side effect reported in the patients treated with Ribavirin. Hence forth the compounds isolated from Melia Azedarach could be promising and can be taken up further for the isolation of novel compounds and further in vitro assessment studies followed by supportive in vivo studies would result in the novel antivirals.

CONCLUSION: To our knowledge this is the first study that has validated the five Indian medicinal plants for the antiviral activity, among which, Melia azedarach is found to be effective to both Asian and ECSA lineage of Chikungunya activity. Although Asian strain has evolved from the native ECSA lineage however the susceptibility pattern strikingly varied between the two lineages. Asian strain was found to be highly susceptible to the extracts tested than the ECSA lineage