ABSTRACT: Cucurbita Maxima, commonly known as pumpkin, which belongs to the family Cucurbitaceae, have numerous bio-active compounds such as polyphenols, dietary fibers, carotenoids, and minerals. This seed possesses anti-inflammatory and anti-oxidant properties and can be used in the neuro regenerative effects. In the present paper, an attempt has been made to reveal the phytochemical screening, anti-oxidant, anti-inflammatory activity and GC-MS spectral analysis of the isolated fatty acids compound of the plant Cucurbita maxima. From the anti-oxidant and anti-inflammatory activity of the petroleum ether extract showed good activity and proceeded for isolation; six fatty acid compounds were isolated from the seed Cucurbita maxima and analyzed using GC-MS and NMR. From the analysis, 10 compounds were identified by comparing their retention time and peak area with that of literature and interpretation of MS. The majority of phytoconstituents were 9-octadecenoic acid (Z), Oleic acid, 2-oxo-Cycloheptanevaleric acid and 14-Methyl-13-oxa-15-aza-dispirob [5.0.5.3] pentadec-14-ene. Hence this study helps in the screening of many bioactive components for the treatment of many diseases.

INTRODUCTION: As the synthetic drugs possess many toxic activities, much research attention is needed towards natural sources to fight against many diseases 1. Medicinal plants have been identified for many years and are considered as a potential source for the pharmaceutical agent. The beneficial effects for plant material are due to the presence of their secondary metabolites 2. In traditional medicine, the plant has a great potential for producing new drugs to treat Chronic and infectious diseases.

The phytomedicines present in the plant called secondary metabolites more important in the treatment of various diseases 3. So the use of plants is attractive and more essential for their anti-inflammatory properties but also their capacity to avoid cellular damage induced by free radicals 4. Pumpkin seed is a horticultural crop that has numerous cultivated varieties. Pumpkin seed possesses different nutrients and phytochemicals such as carbohydrates, organic acids, vitamins, polyphenols, dietary fibers, and carotenoids, etc., which plays an important role in nutritive and pharmaceuticals 5.

The living organism produces its energy through the oxidation process. If membrane lipid oxidizes free radicals produced as intermediates during the regular pathway of aerobic metabolisms such as reactive oxygen species (ROS) and reactive nitrogen species (RNS) as a consequence, many cellular components like proteins, lipids, and DNA get damaged. The free radical produces cell damage that leads to aging, cardiovascular disease, cancer, and brain damage 6. Free radicals are the major intermediaries that enhance the inflammatory process, and as a result, their neutralization by radical scavengers can attenuate inflammation 7. The plants can decrease the production of free radicals and minimize the disease caused by oxidative stress and inflammation 8.

Cucurbita maxima are a large climbing herb, annual or perennial. Its aerial part consists of a flexible succulent stem with trifoliate leaves 9. Cucurbita maxima seeds are coupled with a range of biological activities, including antioxidant effects, and their effective radicals scavengers were found due to the fatty acid groups, namely Oleic and linoleic acids 10. It is used as a vegetable and also in the traditional system as antidiabetic, antitumor, antihypertensive, anti-inflammatory immuno-modulatory and antibacterial 11. The plant has been used traditionally as medicine in many countries such as China, India, Yugoslavia, Brazil, and America 12. Based on conventional knowledge of the medicinal system, the present study was carried out to estimate the total phenol and flavonoid content of different solvents. In-vitro methods of assessment were used to determine the anti-oxidant and anti-inflammatory activity of the extract of the plant Cucurbita maxima. The petroleum ether extracts were subjected to isolation and analyzed for the GC-MS spectral studies. This work will accelerate in identifying the therapeutic importance of the plant.

Collection and Authentication of the Plant: The seeds of Cucurbita maxima were collected from the botanical garden of Acharya N. G. Ranga Agricultural University, Hyderabad, Telangana. The plant was identified and authenticated with specimen no: PLS - 2986.

Separation of Fatty Acid Methyl Ester (FAME): The petroleum ether extract was refluxed for 4 h with 200 ml of methanol and acetyl chloride (95:5). After dilution with water, the resultant mixture was extracted with n-hexane containing 0.01% butylated hydroxyl toluene (3 × 100 ml). The combined organic layer was concentrated to obtain methyl ester of fatty acid, which was a mixture of saturated and unsaturated methyl esters of fatty acids. The FAME obtained was then subjected to FTIR analysis.

Urea Complexation 13: Fatty acid mixtures are generally separated into fractions rich in saturated fatty acids and unsaturated acids by the urea complexation method. The FAME (6 g) obtained was treated with methanol and urea (1 g) and gently heated to 60 °C with stirring till a homo-genous mixture was formed. The urea-FAME adduct was subjected to crystallization at room temperature. The crystals, removed by filtration, were urea complexed fraction (UCF) and the remaining solution was the non-urea complexed fraction (NUCF). The filtrate was then diluted with 30 ml of n- hexane with stirring, and the hexane fraction was separated for the extraction of unsaturated fatty acids. The hexane fraction was evaporated to get a waxy white colored crystal and named as compound I. The compound 1 isolated was subjected to NMR & Mass spectral analysis.

Procedure: The H2O2 scavenging power of the extracts was evaluated as per the standard method. 40 mM Hydrogen peroxide solution was prepared in PBS (pH 7.4). The extracts (1000 - 18.125 µg/ml), constituted in distilled water, were added to the solution of hydrogen peroxide (0.6 ml). The blank solution comprised of PBS without H2O2, and the absorbance at 230 nm was recorded. Taking ascorbic acid as the standard, the results were tabulated in the percentage of H2O2 scavenging. The study was performed in triplicate.

Principle: The extent of superoxide radical scavenging was determined by the alkaline DMSO method. The capability of the superoxide anion (generated by adding sodium hydroxide to DMSO) to reduce the nitro blue tetrazolium (NBT) to formazan dye is analyzed, which is measured at 560 nm 15.

Principle: ROS, such as hydroxyl radicals extract a proton from lipids to form a conjugated lipid radical, thereby initiating the process of lipid peroxidation. The conjugated lipid radical reacts rapidly with polar oxygen moiety to form hydroperoxy lipid radicals, which are sources for the formation of free radicals. These sequentially attack polyunsaturated fatty acids present in the cell membrane leading to a cascade of chemical reactions. The lipid peroxidation complexes thus formed may oxidize biomolecules such as DNA, proteins, and lipids, thereby resulting in cellular damage 16.

Lipid peroxidation was commenced when ferric chloride solution (10 µl) and 200 mM L-ascorbic acid (10 µl) was added. After incubation at 37 °C for 1 h, the process was quenched by supple-menting a solution of 0.25 N HCl with 0.375% thiobarbituric acid (10 µl) and 15% trichloroacetic acid. The resultant samples were then boiled for 15 min, followed by cooling. After centrifuging, the supernatant was collected for recording the absorbance at 532 nm.

Procedure: Equal volume of fresh human blood and sterilized Alsever solution was constituted. Alsever solution was prepared using 0.05% citric acid, 0.42% sodium chloride, 0.8% sodium citrate and 2% dextrose in water. After centrifuging the sample at 3000 rpm for 10 min, the packed cells were washed thrice using 0.85% isosaline (pH 7.2). The volume of the blood was noted for preparing a 10% v/v suspension with isosaline (RBC suspension).The test sample consisted of extracts of varied concentrations (18.25 - 1000 µg/ml) with RBC suspension (0.5 ml) and a hypotonic solution (5 ml, 50 mM NaCl) in 10 mM sodium PBS (pH 7.4). RBC suspension (0.5 ml) with hypotonic solution alone was used as control. After incubation for 10 min at room temperature, the resultant solutions were centrifuged at 3000 rpm. The collected supernatant was used to record the absorbance (560 nm). The percentage inhibition of membrane stabilization or hemolysis was calculated by

Procedure: The test samples (0.5 ml) comprised of egg albumin (5% aqueous solution, 0.45 ml) and  extracts (0.05 ml) at varied concentrations (1000 - 18.125 µg/ml). After incubation for 30 min at 37 ⁰C and subsequent cooling, PBS (pH 6.3, 2.5 ml) was added to each sample. The absorbance was recorded at 660 nm. Distilled water (0.05 ml) without bovine serum albumin was used as control. Using Ibuprofen as standard, the percentage inhibition of protein denaturation was determined by;

Statistical Analysis: The statistical data expressed as Mean ± SD were evaluated by one way analysis of variance (one way ANOVA), followed by Turkey Posts test. Values of p <0.001 were considered statistically significant. Graph Pad Prism Version 5.0 was used for graphical and statistical evaluations.

RESULTS AND DISCUSSION: Since prehistoric time, mankind is using herbs to treat acute and chronic diseases. Natural anti-oxidants are the most important source present 6 to in this plant for the treatment of diseases like cancer, cardiovascular and neurodegenerative diseases by scavenging the free radical, which is the main reason for the pathogenesis of these diseases. Qualitative Phytochemical analysis revealed the presence of Protein, Phenolics, fixed oils and fats.

TABLE 1: PHYTOCHEMICAL SCREENING OF THE EXTRACTS OF CUCURBITA MAXIMA SEEDS

From the result, the petroleum ether extract of Cucurbita maxima seed was giving significant activity with that of the standard (26.65 µg/ml) exhibited inhibition at 250 µg/ml, respectively. The inhibitory effect of lipid peroxidation could be due to the presence of Phytoconstituents in the extract.

Protein Denaturation Method: The finding has clearly shown that all the extracts of the three plants Cucurbita maxima seeds, was shown a concentration-dependent inhibition of protein (albumin) denaturation. The IC50 value of the petroleum ether extract of CM found to be 82.5 ± 0.763 µg/ml was found significant to that of standard.

HRBC Membrane Stabilization Method: The results have shown that the petroleum ether extract of Cucurbita maxima prevented hypotonicity induced HRBC membrane lysis to the extent of 187.5 ± 1.040 µg/ml at the concentration of 500 µg/ml, which was significant to that of standard 188.75 ± 1.289. The results are tabulated. 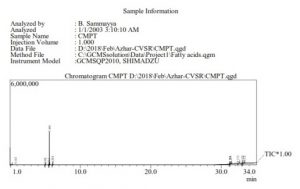 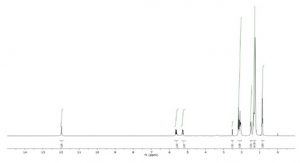 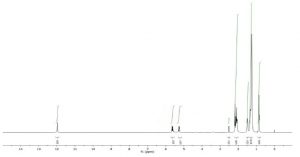 CONCLUSION: From the result of this study, the Cucurbita maxima seed has been revealed to contain anti-oxidant and anti-inflammatory activity which is responsible for many diseases; the existence of bioactive compounds in Cucurbita maxima determines the pharmaceutical importance. By isolating and identifying these phyto-constituents, novel drugs can be formulated to treat different diseases. Further studies will be required to find out the molecular level.

ACKNOWLEDGEMENT:  I would like to thank AICTE New Delhi for the great support and help to perform this work.