ABSTRACT: A protocol was devised for callus induction and in vitro micro propagation of Anisochilus carnosus. Leaf, nodal and immature inflorescence explants were cultured for callusing on solid MS medium with best callusing response achieved at higher concentrations of BAP (12mg/l) alone and in combination with 2,4-D (3mg/l) and IAA (5mg/l). Bud regeneration from inflorescence callus giving maximum (9.67±0.58) shoots per bud was achieved at 12mg/l BAP+5mg/l IAA. Elongated shoots were transferred to half strength MS liquid medium for in vitro rhizogenesis, with best rooting achieved in 2mg/l IBA giving maximum number of 13.00±1.00 roots per shoot. The rooted plantlets were hardened by transferring to polycups containing sterile soil and vermicompost in the ratio of 1:1. After 15 days of hardening, established plantlets were transferred to field with maximum survivability.

The plant has been reported to have hepatoprotective 1 and anti-inflammatory 2 activities. The plant has been traditionally used for gastrointestinal disorders 3, cough, cold, fever and ulcers 4. It is also used as antifungal agent for the treatment of cutaneous fungal infection5. The oil from aerial parts of plant obtained after hydro distillation have been reported to be active against different gram positive and gram negative pathogenic bacteria 6.  In India, herbal origin is used for various diseases and Indian folk medicine is used as prescriptions for therapeutic purposes such as wounds, inflammation, skin infection, leprosy, diarrhoea, scabies, venereal disease, ulcers, snake bites, etc 8.  The resurgence of public interest in plant based medicine tied with the rapid expansion of pharmaceutical industries dictated an increased demand of medicinal plants, leading to exploitation that threatened the survival of many medicinal plants. There is growing concern about diminishing populations, loss of genetic diversity, local extinctions and habitat degradation. Plant tissue culture provides propagation of plants which are rare or economically important, so that industrial demands could be met without disturbing the natural population of plants.

A. carnosus is usually propagated by seeds, but the rate of seed germination is quite poor (30%). The plant being highly medicinal and used for the treatment of various ailments, if consumed at the present pace could be under possible threat in near future. Therefore there is an urgent need to apply non-conventional methods for future commercial supply of A. carnosus. There are no earlier reports on in vitro studies of this plant, so the present study was taken up advertently to develop efficient callus production protocol and in vitro micropropagation of A. carnosus.

Plant material: Anisochilus carnosus plants were collected from Western Ghats of Tamil Nadu, India and were maintained in the medicinal plant garden of Department of Studies in Botany, University of Mysore, Karnataka. Explants; leaf, stem (nodal region) and immature inflorescences were collected and were washed under running tap water for 15 minutes to remove the exudates followed by bevistin treatment for about 10 minutes. The explants were then rinsed thrice with double distilled water and were dipped in 70% alcohol for about 30-50 sec followed by rinsing with sterile double distilled water. Inside laminar flow, explants were surface sterilised with 0.01% mercuric chloride for 5 minutes followed by washing thrice with sterile double distilled water to remove the traces of HgCl2.

Each treatment had 12 replicates and was repeated thrice. Means were compared by using DMRT.

In vitro regenerated shoots from nodal and inflorescence explants were excised under sterilised conditions after 30 days and were transferred to ½ strength MS liquid medium supplemented with different concentrations of IBA (0.5, 1, 2, 3, 5mg/l) and IAA (0.5, 1, 2, 3, 5mg/l). The data was collected after 30 days, measuring root lengths and number of roots per shoot. Well-developed rooted shoots were removed from culture tubes and transferred to polycups containing soil and vermicompost in 1:1 ratio for hardening. The well-developed plants were then transferred to field for maximum survivability.

RESULTS AND DISCUSSION: Explants; leaf, nodes and immature inflorescence were used for callus induction and shoot regeneration and were inoculated on  MS medium fortified with cytokinin BAP alone and in combination with different auxins like 2,4-D, IAA. After two weeks of inoculation, all the explants showed green callus induction (Fig. 1). At lower concentrations of BAP (3, 6 mg/l) explant response was poor, but at higher concentrations of BAP (9, 12mg/l) profuse callusing was achieved. Explant responses were obtained from the wounded surfaces within 2 weeks.

There was no induction of shoots from the leaf callus at any concentration and combination of PGR used. In nodal explant, only axillary bud elongation was achieved on medium containing BAP alone (9,12mg/l) and in combination with 2,4- D, IAA and IAA+10% CM (Fig. 2a). But in case of inflorescence, BAP in combination with IAA (9+5, 12+5), bud induction was achieved at the base of inflorescence i.e. on the peduncle, which after 2 weeks proliferated into multiple shoots, giving maximum number of (9.67±0.58) shoots per bud in BAP + IAA (12+5mg/l) combination (Fig. 2b, c). Adding growth adjuvant did not increase the number of shoots, however shoot length was significantly increased in BAP+IAA+10%CM combination.            Well-developed elongated shoots were excised from the culture tubes under sterile conditions and were cultured in half strength MS liquid medium fortified with different concentrations of IBA (0.5, 1, 2, 3, 5mg/l) and IAA (0.5, 1, 2, 3, 5mg/l) for in vitro rooting. The percentage of root induction frequency, number of roots per shoot and length of roots were recorded after 4 weeks of culture (Table 2).

TABLE 1: EFFECT OF BAP ALONE AND IN COMBINATION WITH DIFFERENT AUXINS AND CM ON CALLUSING AND SHOOTING

*All the treatments with 12 replicates and were repeated thrice. **Each value represents Mean±S.D., statistical analysis by using DMRT(p≤0.5)

Of the two auxins used, IBA at 2mg/l was found to be the best for in vitro root initiation with average number of roots 13.00±1.00 per shoot (Fig. 2d). Many researchers have reported earlier IBA as the best rooting auxin for Cassia angustifolia 11, Thapsia garganica 12, Pseudarthria viscid 13, Solanum nigrum 14. At higher concentrations, callusing was achieved at the basal end of micro shoots which inhibited the growth and elongation of shoots.

The rooted saplings were transferred to poly cups containing soil and vermicompost in the ratio of 1:1 and hardened in growth chamber for 15 days (Fig. 2e). The established plants were then transferred to field for maximum survivability.

Cytologically, the regenerated roots showed normal diploid cells and hence regenerated plants are all diploid. It is evident from the results that the plants were regenerated from the parts of inflorescence other than the sporogenous tissues. 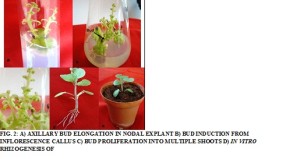 TABLE 2: EFFECT OF DIFFERENT CONCENTRATIONS OF IBA AND IAA ON IN VITRO ROOTING

ALL the treatments with six replicates and were repeated thrice. *Each value represents Mean±S.D, done by using DMRT (p≤0.5)

CONCLUSION: The present study describes the standardised protocol for callusing of leaf, nodal and inflorescence explants and in vitro bud induction and its subsequent proliferation into multiple shoots. Optimisation of medium contents and hormonal combination leading to callus formation can provide a desired source of pharmacologically active plant constituents through suspension culture.

Moreover it has been revealed that callus extracts are more efficacious than their respective explant extracts 15, so using callus for medicinal purposes and secondary metabolite extractions will definitely ensure the higher drug efficacy and will minimise the threat to medicinal plants.     The study also revealed that immature inflorescence is a useful explant for in vitro rapid production of this plant. The natural propagation rate of most of the plants is relatively low.

This often hampers the commercial propagation of contaminant free plants, new varieties and useful selections. This problem can be solved by in vitro techniques. The current protocol can be used for rapid propagation of this economically important medicinal herb for large scale cultivation and sustainable utilisation.

ACKNOWLEDGEMENT: Authors are sincerely thankful to Department of Studies in Botany, University of Mysore, Mysore, Karnataka, India for providing all necessary facilities to carry out this study.