INTRODUCTION:Tylophora ovata (Lind.) Hook. Ex. Steud (Family Asclepiadaceae) is an important medicinal plant which is used as a folk remedy for the treatment of bronchial asthma, bronchitis, dysentery, inflammation, dermatitis and allergies. The roots are antitussive, carminative, emetic and expectorant. A decoction is used in the treatment of leukaemia, asthma and coughing, traumatic injuries, rheumatoid backaches, pains in the stomach and abdomen, poisonous snakebites ­­­­­­1.Tylophora ovata is a Chinese traditional toxic medicine. The alkaloid components of T. ovata possess very strong antitumour activities according to literature 2. The roots and leaves are used in hydrophobia; dried leaves are more uniform and certain in their action than the roots.

In large doses, the dried leaves may cause fatal poisoning.The dried leaves are used to treat certain forms of allergy 3. Alkaloids mainly present in T. ovata such as tylophoridicine A, O-methyltylo-phorinidine and tylophorinidine has strong antitumor activity 4.

S-(+)-Deoxytylo-phorinidine (CAT) is a new phenanthroindolizidine alkaloid, originally extracted from the roots of Tylophora atrofolliculata and Tylophora ovata, potent anticancer activity was observed in this alkaloid 5. Plant tissue culture is the process of small pieces of living tissues (explants) isolated from a plant and grown aseptically for indefinite periods on a semi defined or defined nutrient medium 6.

Hence, the present study is justifiably planned to propagate the valuable medicinal plant Tylophora ovata (Lind.) Hook. Ex. Steud in in-vitro condition with various combinations of plant growth regulators, and transplant the plants from laboratory into field condition. Therefore, this method is a suitable in vitro propagation methods must be evolved to conserve this valuable medicinal species.

MATERIALS AND METHODS: Tylophora ovata (Lind.) Hook. Ex. Stead was collected from agricultural land in Tiruchirappalli District, Tamil Nadu.  The material was identified by Rapinat Herbarium, St. Joseph’s College, Trichy. The collected plant material was established in our department garden for further study. Murashige and Skoog’s medium was used for the cultivation of Tylophora ovata (Lind.) Hook. Ex. Steud at in vitro condition. The MS medium was prepared by adding required amounts of stock solutions and final volume was made up with distilled water, the composition of the MS medium was given in Table 1. The pH of the medium was adjusted to 5.8 using 1 N NaOH/KCl. About 10 ml of the medium was poured into sterile culture tubes. The culture tubes with the MS medium was autoclaved at 121°C for 20 min. at 15 lbs pressure and transferred to the media storage room where they were kept under aseptic condition for further experimental study 8.

The nodal explants were placed in an erect position in the culture tube containing MS medium supplemented with the plant growth regulators like BAP and NAA at different combinations.

The combinations and their concentrations were mentioned in Table 2. The culture bottles were kept in the growth room at 25±2°C, with a photoperiod of 16 h daylight and 8 h night breaks under the cool white fluorescent light. The explants were inoculated at appropriate condition in culture bottles, and the shoot induction rate was observed, triplicates were used for each treatment 8. For root induction, Half strength MS basal medium was supplemented with different concentrations (Table 2) of auxin (IAA) 0.25- 2.5 mg/l and IBA 0.25-2.5 mg/l and pH of the medium was adjusted to 5.8. The surface sterilized explants were cut into small pieces implanted on the culture media. All the cultures were maintained in culture room at 25±2°C for 8- 16 h of day and night break under the cool white fluorescent light 9 and the root induction rate was observed 10.

Values represent Mean + SD and each experiment was triplicated.

RESULTS AND DISCUSSION: Tylophora ovata have been efficiently regenerated from nodal explants when nodal explants of Tylophora ovata were brought from field grown mature plants cultured on MS medium supplemented with different concentrations of BAP, NAA, and IBA. After the inoculation of explants emergence of adventitious shoot buds was observed on two weeks later. Data were noted on different growth parameters from different treatments. The concentration of Cytokinin hormone has been greatly influenced by axillary shoot regeneration from nodal explants. The explants swelled and became develop necrotic tissue three weeks after inoculation. The best result of nodal explants was obtained from the combination of BAP (2.0 – 2.5 mg/L-1) and NAA (3.5 – 3.5 mg/L-1) (fig. 1).

The higher frequency (73.2±1.38) of nodal explant regenerated and the production of maximum number of shoots were observed on MS medium supplemented with combination of BAP (2.0, 2.5 mg/L-1) and NAA (3.0, 3.5 mg/L-1) (Table 1; fig. 2).  The corresponding explants of longest shoot length of (5.27±0.17 cm) (Table 1, fig. 3).  To develop for rooting, shoot buds from repeated cultures were transferred to half strength MS media supplemented with different concentrations of NAA, IBA and BAP (Table 2, Fig. 2). For best root initiation was achieved (73.3±1.46) on MS medium containing (2.5 mg/L-1) NAA , BAP (3.0 mg/L-1 and IBA (2.5 mg/L-1) proved to be the most effective for rooting of micro shoots (Fig. 3) than that of any other concentration (Table 2). Root achieved plantlets were developed successfully transferred to the paper cup pot containing sterile soil, sand, and organic manure in the ratio of 1:1:1 (Fig. 4).

Acclimatized field survival rate of this plant was 75%. This protocol was suitable for conservation medicinal. 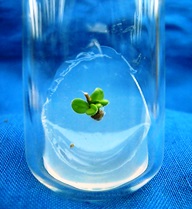 FIGURE 1:  SHOWING THE IN VITRO REGENERATED PLANTS OF TYLOPHORA OVATA

CONCLUSION: The in vitro-propagated medicinal plants furnish a ready source of uniform, sterile, and compatible plant material for biochemical characterization and identification of active constituents 11, 12. In addition, compounds from tissue cultures may be more easily purified because of simple extraction procedures and the absence of significant amounts of pigments, thus possibly reducing the production and processing costs 13. In the present study, a fruitful protocol was set up for Tylophora ovata (Lind.) Hook. Ex. Steud through shoot induction. This protocol can be exploited for the conservation of this valuable germplasm resource.

ACKNOWLDEGMENT: We would like to thank the management of St. Joseph’s College (Auto-nomous), Tiruchirappalli-620002 for providing laboratory facilities to carry out this research work.