The Plant Flacourtia jangomas have shown considerable antibacterial and cytotoxicity properties. The extracts were found to have different levels of cytotoxicity properties in different concentration. The crude extract of the plant Flacourtia jangomas was subjected to in vitro microbiological screening for studying anti-microbial activity of the extract against a wide of Gram-positive and Gram- negative bacteria by disc diffusion method. The result so obtained was compared with that of a standard antibiotic, Amoxicillin. The extract shows good activity against Shigella shiga and Bacillus megaterium and moderate activity against Bacillus cerus and poor activity against E. coli. The Minimum Inhibitory Concentration (MIC) values of the plant extract investigated was 31.25 mg/ml and 125 mg/ml for Bacillus megaterium and E. coli respectively. For Cytotoxicity, brine shrimp lethality bioassay was used. We used Vincristine sulfate as a standard reference. The LC50 value of standard was 12.58 mg/ml.

INTRODUCTION: Medicinal Plants: An uninterrupted reservoir of the therapeutic principle. Therapeutic uses of plants had in effect stored at the very beginning of human life on the earth then the primitive man, out of necessity and by nutrition, restored to use plants to alleviate his sufferings from injuries and diseases.  Since the beginning, plants were being used as remedy for many diverse diseases ranging from simple skin infection to such formidable foes as heart diseases and cancers.

Since cytotoxicity and antibacterial constituent are an important medicinal substance; recently research is being continued on various plants to derive cytotoxicity and antibacterial ingredients. The rapid development of the drug resistant of microbes has led to investigation of new antimicrobial lead agents especially from plant extracts of discover new chemical structures. The antimicrobial compounds from plants extracts may inhibit bacterial growth or kill the bacteria by various mechanisms than those presently used antimicrobials and may have a significant clinical value in the treatment of resistant microbial strains. As well as, the cytotoxic investigation may allow further research for the development of anticancer drugs. The present research is therefore, an endeavor to give an elaborated review of the literature on its pharmacological properties.

Plant Review: The local name of the plant is Cluster and the taxonomy is as follows-

Chemical Constituents: The Flacourtiace has received greater attention from chemists in the last few years following the discovery of a series of cytotoxic diterpenes from Casearia sylvestris 1. However, phytochemical reports are still limited to a few species and not much is understood about the chemistry of the family. Studies so far have shown that the Flacourtiaceae elaborates a diverse array if compound classes which include terpenoids, alkaloids, flavonoids and tannins, lignans and flavanolignans, glucosides, coumarins and isocoumarins. There have also been reports of xanthones, quinones, limonoids and phenazines.

Medicinal Uses: The Flacourtiace is the perhaps-best known for the seed oils produced by certain species of the tribes Pangiae and Oncobeae. “Chalmoogra oil” is obtained from the seeds of Taraktogenos kurzii and Hydnocarpus spices and has long been used in the treatment of leprosy and other diseases 2. This oil has now been superseded by sulfur drugs 3. In India, dried leaves of Flacourtia jangomas are used to treat asthma 4.

Collection and Identification of the Plant: The plant/plant parts of the Flacourtia jangomas were collected during the month September 2010 from Booth para besides Rajshahi University, Bangladesh. Mahabubur Rahman, Taxonomist of the Department of Botany, University of Rajshahi, identified the plant.

Drying and Grinding: The collected plant root was washed with water and separated from undesirable materials. It was chopped into small pieces and sun dried for two weeks. After a final drying in drier at 40°c for one hour, the plan part were pulverized into coarse powder and kept in airtight containers. The container was stored in cool and dry place. The net of the powder before drying and grinding was 2.5 kg. The weight of the powder after drying and grinding was 1 kg, soothe net loss of water was observed 60%.

Cold Extraction of Plant Material: The powdered plant (750 gm) was taken in large glass bottle and extracted with Ethyl acetate: Methanol (10:1) for 7 days. The procedure was repeated twice using same solvent system for next 3 days. The extract was decanted first through a cotton plug and finally filtered through filter paper to get clear filtrate.

Then, for 24 hours, these plates were kept at low temperature (4oC) to allow maximum diffusion of the test materials and Amoxicillin. To allow maximum growth of the organisms, these plates were then incubated for 24 hours, at 37.4oC. The test materials, which possess antimicrobial activity, suppressed the growth of the microorganisms and a clear, distinct zone of inhibition was seen surrounding the discs. The antimicrobial activity of the test agents was determined by measuring the diameter of zone of inhibition, expressed in mm.

For the experiment, About 3.00 mg (table 3) of test sample i.e. ethyl alcohol extract of plant was weighed accurately and dissolved in 0.6 ml dimethyl sulfoxide (DMSO) to get the concentration of 5 µg/µl. from which 5 types of concentration like 5 µg/ml, 10 µg/ml, 20 µg/ml, 40 µg/ml, 80 µg/ml respectively were made. The control groups containing 10 living brine shrimp nauplii in 5 ml seawater received the positive control solutions.

In order to use as negative control, 20µl of DMSO was added to each of three premarked glass test tube containing 5 ml of simulated seawater and 10 shrimp nauplii. In this case the test was considered invalid if the negative control showed a rapid mortality rate and therefore conducted again. Ampicillin trihydrate was used as positive control.

RESULTS & DISCUSSION: The outcome found for the antimicrobial and cytotoxic activities of Flacourtia jangomas are discussed in detail in this chapter. It was shown that the specimen has shown significant activities for cytotoxic and antimicrobial properties.

Antimicrobial Activity: The Ethanolic extract of Flacourtia jangomas was tested for antibacterial activities against a number of both gram positive and gram negative bacteria. Standard Amoxicillin discs (30 mg/disc) were used for the comparison purpose. The antimicrobial activities of ethyl acetate extract from Flacourtia jangomas were tested in the present study. The results were given in table 1.

Out of all bacterial species, Bacillus megaterium showed best result against the test materials and the gram negative Bacteria are poorly sensitive to the extract.

Inhibition of growth or organisms was observed in the test tubes having minimum inhibitory concentration (MIC) and the concentration above MIC of the test sample. 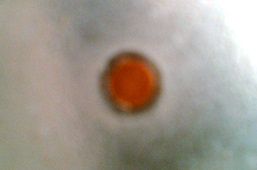 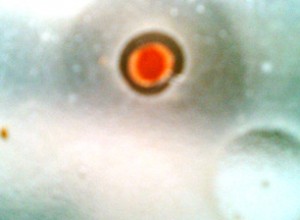 The minimum inhibitory concentration of chloroform extract of the plant investigated against Escherichia coli and Bacillus megatetium were 125 mg/ml & 31.25 mg/ml respectively. The results were presented in the table 2 & 3.

TABLE 2: MIC OF THE ETHYL ACETATE EXTRACT OF PLANT INVESTIGATED AGAINST ESCHERICHIA COLI AND BACILLUS MEGATERIUM

So, it can be said that mortality increased gradually with the increase in concentration of the test sample. The median lethal concentration, LC50 of chloroform extract of plant Flacourtia jangomas and standard ampicillin trihydrate were 12.58 mg/ml and 11.48 mg/ml.

TABLE 3: THE RESULT OF BRINE SHRIMP LETHALITY BIOASSAY FOR ETHYL ACETATE EXTRACT OF THE PLANT INVESTIGATED AND FOR STANDARD AMPICILLIN TRIHYDRATE

CONCLUSION: The plant has been being used for a long time in herbal medicine without knowing the exact phytopharmacological properties that works against diarrhoea, toothache, and possess stomachic & astringent properties. The dried coarse powdered material of the plant investigated was exhaustively extracted with ethyl acetate: methanol (10:1) ratio to get brownish mass. The concentrated ethyl acetate extract was fractionated with chloroform and methanol.

In-vitro antibacterial screening, determination of minimum inhibitory concentration (MIC), and cytotoxic (Brine shrimp lethality bioassay) study were performed on the ethyl acetate extract of plant. The plant can be further screened against various diseases in order to find out its unexplored efficacy and can be a potential source of biologically important drug candidates. The significant results of cytotoxic investigation allow further studying for the development of anticancer drugs.