ABSTRACT: Background: WHO statistics for 2015 give an estimated incidence figure of 2.2 million cases of TB for India out of a global incidence of 9 million thus making India accountable for almost one-third of the global TB burden. The first-line antitubercular drugs include H (Isoniazid), R (Rifampicin), Z (Pyrazinamide), E (Ethambutol) and S (Streptomycin). The treatment of tuberculosis being of longer duration being a multidrug regime and of longer duration gets associated with various adverse effects. Objective: The study aimed to determine the incidence and pattern of adverse drug reactions (ADRs) of anti-tubercular drugs in tuberculosis patients treated under DOTS at tertiary care hospital of Northern India. Material and Method: A total of 115 patients were monitored for the period of 12 months. The diagnosis of tuberculosis was confirmed by sputum smear prior to enrolment. Before the patients were started on DOTS regimen, they were submitted to some pretreatment investigation and then they have been followed up to look for any adverse effects which have been recorded onto the CDSCO suspected adverse drug reaction reporting form. Results: Out of 115 patients, 58.26% i.e. 67 patients developed ADR. If we compare what percentage each age group contributed to total pool of ADR, we observe that age group 41-50 constituted (29.85%), 31-40 (22.39%); 18-30(17.91%) of the population (n=67) who developed ADR. Incidence of ADRs in category I was 57.6% while 60% in category II. Incidence of ADR in pulmonary cases came out as 57.69% while it was 56.75% in extrapulmonary cases.

INTRODUCTION: Undoubtedly modern drugs have increased life expectancy and improved quality of life for millions of people. However, despite all these benefits, evidence continues to suggest that adverse reactions to medicines are common, though often preventable, cause illness, disability and even death.

As per WHO pharmacovigilance is "the science and activities relating to the detection, assessment, understanding and prevention of adverse effects or any other possible medicines-related problems". During the last few decades health professionals and the public have started to recognize morbidity and mortality due to medicine as one of the major health hazards 1.

Tuberculosis (TB) is caused by bacteria of the Mycobacterium tuberculosis complex. It is one of the oldest diseases known to mankind and was as well as still been responsible for huge death toll worldwide. India is the country with the highest burden of TB.

The World Health Organization (WHO) statistics for 2015 give an estimated incidence figure of 2.2 million cases of TB for India out of a global incidence of 9 million thus making India accountable for almost one-third of the global TB burden 2. Anti-tubercular drugs are mainly classified as first- and second-line drugs. Conventionally, there are five first-line drugs: H (Isoniazid), R (Rifampicin), Z (Pyrazinamide), E (Ethambutol), and S (Streptomycin). Second-line drugs include the aminoglycosides kanamycin and amikacin, the polypeptide capreomycin, PAS, cycloserine, terizidone, the thioamides ethionamide and prothionamide and several fluoroquinolones such as moxifloxacin, levofloxacin and gatifloxacin. All these first line drugs have been associated with various side effects. Some of the frequently encountered side effects of these first line drugs are:

These are just few side effects been mentioned here and they just represent a sector of the vast canopy of side effects produced by anti-tubercular drugs. The monitoring of adverse drug reactions will also help in spreading awareness in the patients to be vigilant by themselves for some adverse signs which can help the physicians to address them in time 3. Citing some previous studies like Gurprit Singh Nanda et al., 4 conducted in Jalandhar, has showed an incidence of ADR due to first line anti-tubercular drugs to be 20.4%.

While in the study conducted by Kumarjit Sinha et al., 5 which included 102 patients showed the incidence rate of ADR as 69.01%. Arindam Chakraborty et al., 6 included 196 patients in his study and found 42% incidence rate of ADRs due to first line anti-tubercular drugs. Similarly studies on first line anti-tubercular drugs by Chhetri et al., 7 in Nepal among 137 patients, Jeong et al., 8 in Korea among 105 patients and Qureshi et al., 9 in India among 50 patients showed an incidence rate of adverse drug reactions to DOTS therapy as 54.74%, 57% and as 60% respectively. Thus working on the path showed by these studies a similar study was conducted with the objective of determining the incidence and pattern of adverse drug reactions (ADRs) of anti-tubercular drugs in tuberculosis patients treated under DOTS.

Subject Selection: All patients with proven tuberculosis and put on DOTS regimen under RNTCP were screened for the study. Those who satisfied our inclusion / exclusion criteria were included in the study after taking written informed consent.

Study Design: The patients were monitored for the period of 12 months from the day of commencement of treatment. The diagnosis of tuberculosis was confirmed by sputum smear prior to enrolment. Before the patients were started on DOTS regimen, they were submitted to some pre-treatment investigation such as, liver function tests, kidney function tests (blood urea, serum creatinine), thyroid function tests, blood sugar levels (fasting and post-prandial), psychiatric screening, HIV seropositivity test and chest X-ray.

The treatment had been initiated as per their categorization into category I or II. The intensive phase generally consists of five drugs like Isoniazid, Rifampicin, Pyrazinamide, Ethambutol and Streptomycin while that of continuation phase consists of Isoniazid and Rifampicin. Patients were allotted a unique patient identification number for ease of follow up. If admitted then initially, they were monitored daily for any adverse drug reactions after starting regimen and after getting discharged they were monitored and followed up on a monthly basis. The patients who used to visit the drug distribution centre were followed up weekly Patients were monitored for any of their complaints. During subsequent visits biochemical investigations were repeated. Chest X-ray was done when required. Patients with severe adverse drug reactions were referred to concerned clinical departments and followed up regularly. The patients were interviewed and data was captured onto the CDSCO suspected adverse drug reaction reporting form. Information regarding demographic details, current medication, health status, previous history and adverse events experienced were recorded.

TABLE 2: INCIDENCE PATTERN DISTRIBUTION BASED ON GENDER OF PATIENTS

TABLE 3:  INCIDENCE PATTERN OF ADRs IN DIFFERENT CATEGORIES OF TREATMENT 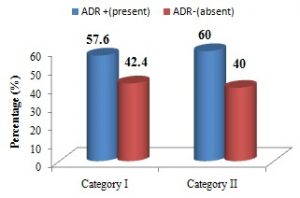 FIG. 3: INCIDENCE PATTERN OF ADRs IN DIFFERENT CATEGORIES OF TREATMENT 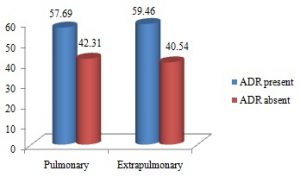 FIG. 4: INCIDENCE PATTERN OF ADRs IN DIFFERENT SITES OF THE DISEASE

TABLE 4: INCIDENCE PATTERN OF ADRS IN DIFFERENT SITES OF THE DISEASE

While Lv et al., 11 in China reported ADR frequency as 17.33%. Jeong et al., 8 in Korea reported the incidence of ADR as 57%. This difference observed that in the results from the previous studies and the present study can be attributed to the difference in the genetic, demographic, ethnicity, nutritional status in the different population groups.

CONCLUSION: Out of 115 patients, 67 patients developed ADRs. The age group of 41-50 being more vulnerable showed higher incidence and outnumbered the patients in other group who developed ADRs. As compared to females, there were more males with ADRs because male constituted more of our sample population. Female with small body size and weight with alterations in their metabolism in different periods reported higher incidence of ADRs than in males. The incidence of ADRs was higher in category II patients as compared to category I, implying that category II patients due to a history of previous treatment gets more vulnerable to develop ADRs. The incidence of ADR was higher in patients with extra-pulmonary tuberculosis as compared to pulmonary type implying that due to dissemination of the disease in extrapulmonary tuberculosis in, the propensity to develop ADRs gets higher.

Limitations: One of the major limitations of the study was that the study was of one-year duration with small sample size though the value of its result cannot be ignored. However, a large scale observational study with larger sample size along with longer follow-up period could have provided with better rate of incidence database for TB drug regimen associated ADRs. The patients who stay in far villages often do not report to us for minor side effects. Though we tried to contact them regularly telephonically they may not have reported minor side effects. However patients with significant ADRs visited our TB-DOTS centre and the ADRs have been recorded.