ABSTRACT: Exploration of biological diversity for identification of novel bioactive molecules or therapeutically more potential than the marketed products is a continuous ongoing process for drug development research. Indian traditional therapies have been a part of our lifestyle since ages. Due to their knowing ability and applications, this knowledge has long been used as thriving sources for discovery of new drug molecules. Historical text or traditional knowledge including folklore, ethnobotany or ethnopharmacological studies are proving to be a powerful tool for searching lead molecules for the development of new drugs. This review article presents the contribution on 33 medicinal plants along with their traditional uses, bioactive constituents, biological activities, chemical structures, and 30 marketed drug formulations at national and international markets. A brief note on the recent discovery on osteogenic compounds from Ulmus wallichiana, folk traditional plant used for healing fractured bones in Uttarakhand Himalaya is also discussed in this article

INTRODUCTION:Medicinal properties of plant species have made an outstanding contribution in the origin and evaluation of many traditional therapies. These traditional knowledge systems have started to disappear with the passage of time, due to lack of scientific investigations.

Over the past few years, however, the medicinal plants (10-18 % of total medicinal plant biodiversity) have regained a wide recognition and estimate revealed that 70-80% population of the world rely on herbal products due to its lesser side effects as compared to allopathic medicines.

Indian sub-continent is well known for its diversity and several ethnic groups (more than 84.4 million people) mainly Gonds, Santhal, Khasis, Angmis, Bhutias, great Andmanese etc with age-old culture, traditions, languages, lifestyle and healthcare systems 1. Most of them are still untouched with rest of the world. For their health care system they rely only on their own traditional medicines.

Ethnobotany is also one of the emerging areas in drug development research and ethnobotanical driven discovery of novel pharmacological agents 2, 3, 4 also highlights the potential for using collected indigenous knowledge as a research tool. The loss of relevant information of traditional knowledge and medicinal properties of number of plant species is inestimable, but it is likely to be significant from pharmacological perspective, because more than half of the current chemotherapeutic cancer drugs and > 100 marketed pharmaceutical have been derived from plant sources 4, 5.

Prostratin, an HIV therapeutic that activates the latently infected T-cell pool a potentially beneficial and lucrative compound identified through ethnobotanical work in Samoa 2. Medicinal properties of plants were known even to pre-historic men and many of these plants have been used in traditional medicine for hundreds of years with reputation as efficacious remedies 6, 7.

Large numbers about 297000 native species worldwide, 52885 (10%) species are reported as medicine 8. As per Indian scenario, out of 17,000 species of higher plants, 7500 species (44%) are known as medicinal 9.Primitive human societies have been depending on plants and plant products for various remedies. Ayurveda, the oldest medical system in Indian sub-continent has alone reported 2000 plants followed by 1300 in Siddha, 1000 Unani, 500 Tibetan and 800 in Homeopathy 10.

However, a major percentage more than 4500 plant species are used in folk traditions for the treatment of different ailments (Table 1). As per the world scenario, China is the biggest country with 11,146 species followed by 1600 species in North-West Amazonia 11, 12, 13. A significant percentagein developed countries like Belgium (31%), USA (42%), Australia (48%), France (49%), Canada (70%) are also rely in traditional and alternative remedies for their health care 14. World market for herbal remedies and number of plant species used in Indian traditional medicines are presented in Table 1 & 2. 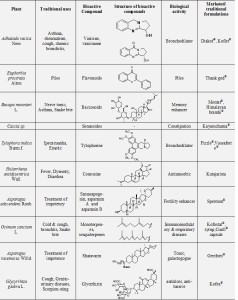 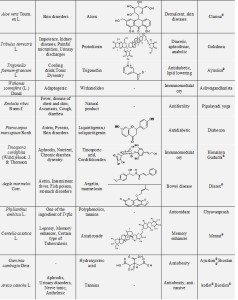 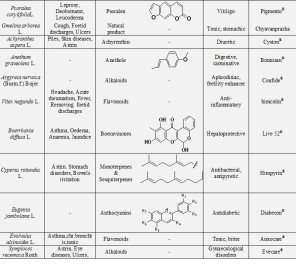 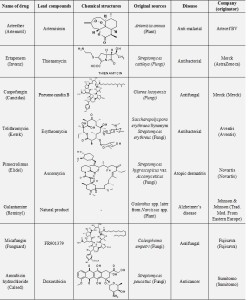 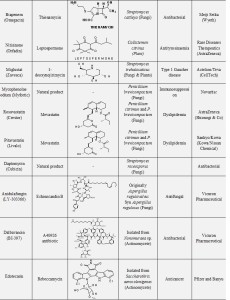 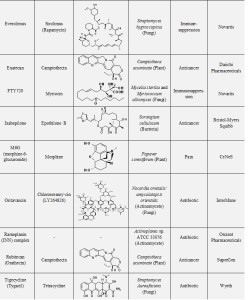 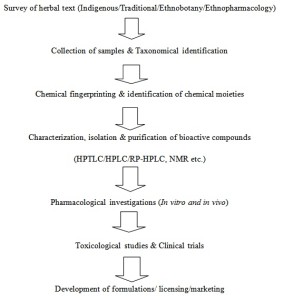 Recent discovery onnaturally occurringosteogenic compoundsfrom Ulmus wallichiana Planchon- a folk traditional plant used for healing fractured bones: Many natural agents known in traditional medicine have the potential to treat bone diseases; however, not much laboratory work has been reported evaluating their possible development and use. As a matter of fact, there is a resurgence of research on naturally-derived agents for potential anti-osteoporosis therapy. There are about 300 million people in India with osteoporosis 18. Although the incidence of osteoporosis is alarmingly high in India, lack of awareness about the disease delays diagnosis and preventive measures.

This is true even at the government level. Whereas in U.S., NIH alone spends ~$600 million (Rs 2700 crore)/year for osteoporosis research for her 44 million people suffering from this disease, no data on India’s spending on this silent epidemic is available. Recent data indicate that Indians have much lower bone density than their North American and European counterparts, and that osteoporotic fractures occur 10-20 years earlier in Indians as compared to Caucasians 19-20. As regards the burden of osteoporosis in the Indian scenario, 50% women have osteoporosis and in actual numbers it accounts for 200 million women, as there are more women than men at any elderly age group 18.

Hence, putting a check on osteoporosis has become a research area of considerable national importance. Bone formation by osteoblast involves several steps like proliferation of pre-osteoblast and their recruitment by chemotaxis to site of eventual bone formation, followed by their differentiation to mature, bone forming osteoblast that ultimately give rise to mineralized matrix. The ability to mineralize is the most desirable and ultimate point in osteoblast biology.

Therefore, any putative bone anabolic agent must have the ability to promote mineralization. Thus, it is essential to study whether extracts/fractions/pure compounds enhance mineralized matrix formation. It is said that osteoporosis is a ‘silent epidemic’ and a huge problem in India 18. Lately, the problem of osteoporosis is being increasingly noticed. Therapeutic options of osteoporosis are limited to anti-resorptive drugs with limited efficacy in restoring bone health following bone loss. Bone forming (osteogenic/anabolic) therapy is limited to only parathyroid hormone (PTH). In addition to being extremely costly, PTH is not widely available in India. Therefore, finding bone anabolic agent is an unmet medical need. Herbal medicines are in great demand in the developed as well as developing countries for primary healthcare because of their wide biological activities, higher safety margins and lesser costs.

Bark of this plant is crushed to make fine paste and boiled. Semi solid and cooled paste is applied around the fractured parts and tightened with a thin cloth with giving a gentle support with cardboard and then the patient is allowed for rest for a period of 20 to 30 days depending upon the problems.

On the basis of this information, bark samples of this plant was collected from Uttarakhand Himalaya and investigated.

During  investigations, we have been isolated four pure compounds K058, K012, K068, K100 (Figure-1) rich in C-glycosylated flavonoid and (2S,3S)-aromadendrin-6-C-β-D glucopyranoside is a novel flavonol 27, 28, 29 and has been licensed to Kemxtree, USA as rapid bone fracture healing anabolic agents for product development. Pharmacologically, these compounds showed peak bone mass achievement and prevention of menopausal bone loss in growing rats and stimulate osteoblast function and inhibit osteoclast and adipocyte differentiation in overiectamized rat 29, 30. 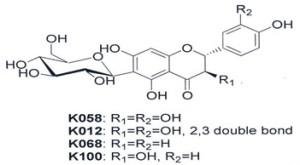 Bone anabolic therapy- a treatment of rebuilding new bone is an unmet need. The only available bone anabolic agent today is a fragment of human parathyroid hormone (PTH) that suffers from limitations like prohibitive cost of treatment, safety aspects including bone cancer, daily administration by injection making treatment less favourable, and could only be given to a patient once in a life for maximum period of 2 years. These isolated molecules from the stem bark of this plant species claim to overcome many of these disadvantages associated with PTH.

CONCLUSION:       Historical herbal texts as a resource in drug discovery became an important tool for Bio-prospecting the biological diversity of the country and provided new ways for further R&D to investigate detail phytochemical constituents and their pharmacological activities, which may lead to the discovery of novel bioactive molecules.

The systematic analysis of overall trends exhibited researchers to redirect their efforts towards different taxonomical groups or geographic regions, in order to improve the efficiency of their studies and maximize the number of new natural products (NPs) being discovered. There is also need to develop and screen a large number of pure compound and plant extract libraries to make the most out of what is available.

These approaches can surely be a driven force for the drug discovery from Indian traditional plants and lead to fruitful results for mankind. Despite of significant development of rural health services, a great deal of traditional knowledge of the use of medicinal plants for the treatment of several common ailments like cough, cold, fever, constipation burns cuts, scalds, boils, ulcers, skin diseases, respiratory troubles, joints pain, bone fractures and several neurological disorders are still intact with the rural and tribal practitioners.

Majority of them are required their proper documentation and scientific investigations. However, the traditional uses of lesser-known medicinal plants are disappearing rapidly and creating threat for extinction not only the plants, but also several naturally occurring bioactive compounds also. There is an urgent need to make a bridge between scientists, academics and the rural traditional practitioners to documents all the traditional information on plants for identification/ modification for the existing hits to get better lead compounds from natural resources.

Competing Interests: The authors declare that they have no competing interest.

ACKNOWLEDGEMENTS:  The authors are thankful to the Director, CSIR-Central Drug Research Institute, Lucknow for encouragement and facilities for conducting this study. Chetan Sharma is grateful to ICMR for awarding Junior Research Fellow (JRF) and Kandhikonda Rajender to CSIR for Senior Research Fellowship (SRF).