INTRODUCTION: Cleome gynandra L. (C. gynandra) belongs to the family Cleomaceae and it is commonly called as “spider flower or Cat’s whiskers.” It is a well-known medicinal plant which is mainly used as a traditional medicine 1. The seeds, leaves, and roots of the plant are widely used in traditional folk medicine as an analgesic, anthelmintic, anti-inflammatory, antimicrobial, hepatoprotective and immunomodulatory activities. The paste of plant has been used in rheumatism, neuralgia, headache, and stiff neck. The warm juice is a popular remedy for ear and skin disease, whereas fresh juice of leaves is applied externally during pyorrhea 2, 3.

It has the metabolically active secondary metabolites such as alkaloids, carotenoids, flavonoids, phenols, saponins, tannins, etc. most of these chemicals posses scientifically proven free radical scavenging activity 4, 5, 6. In most of the countries, there will be a drastic demand for the medicinally important plant material because of the exploitation and increasing urbanization. Therefore, in-vitro propagation is the only alternative way for the rapid regeneration of plants under aseptic culture conditions.

To grow the genetically identical copies of plants with desirable characteristics, a callus is used. The in-vitro propagation technique is found to be an alternative method because it offers a supply of biochemical independent of season and availability of plants 7, 8, 9. Earlier, there have been few reports on the establishment of in-vitro propagation through nodal explants of Cleome gynandra 10. The present communication deals with the development of a rapid regeneration system for indirect organogenesis through leaf explants of Cleome gynandra.

Collection of Plant Material: Young leaves of C. gynandra from field plant were used as explants and were collected from the roadside of thanthonimalai, Karur. The leaves were washed in tap water for some time and disinfected with 0.1% (w/v) mercuric chloride (HgCl2) for 5 min followed by thorough rinsing in autoclaved distilled water for at least 7- 8 times.

Preparation of Culture Media: MS medium was fortified with 30 g/l sucrose (Himedia, India) and gelled with 0.8% agar (Himedia, India), and the pH of the medium was adjusted to 5.8 by adding 0.1 N NaOH or 0.1N HCl 12. The medium was dispensed in the culture tube and autoclaved at 121 °C, for 30 min. All the cultures were maintained in a sterilized culture room at 25 ± 2 °C, under 16 h photoperiods provided by cool white fluorescent with 55-60% relative humidity. The cultures were sub-cultured on the fresh medium after 15-20 days.

Callus Initiation: Explants of leaves (0.5 × 0.5 cm) were excised from prepared explant and placed horizontally on MS medium. In this experiment, we study the effects of cytokinins and auxins, both separately and in combination on callus initiation and proliferation.

They are 5-25 µM of BAP (6-benzyladenine), KN (kinetin), and TDZ (thidizauron) along with (2-10µM) different auxins [NAA (α-naphthalene acetic acid), IAA (indole-3 acetic acid), IBA (indole-3-butyric acid)]. These culture conditions were used in all the experiments mentioned below unless stated. Data of frequency (%) of callus formation and its fresh weight were recorded after 4 weeks of culture.

Formation of Adventitious Root: Regenerated shoots (3-5 cm long) obtained from micro-propagated plantlets were cultured on MS basal medium fortified with either of IBA, NAA, or IAA (2-10 µM) for adventitious rooting. Data were recorded on percentage of rooting, number, and length of the roots after 4 weeks of transfer onto the rooting media.

Statistical Analysis: The experimental data were recorded and subjected to the factorial design of analysis of variance (ANOVA) Table 3 and 4 and Duncan multiple range tests calculated at the confidence level of P <0.05. 13

RESULTS AND DISCUSSION: Leaf explants of the C. gynandra were cultured on MS medium supplemented with different concentration (5-25 µM) of cytokinins and auxins Fig. 1a-c. Among the different concentration of cytokininis and auxins 92 % of green nodular callus was observed in 10 µM of TDZ Table 1. The growth-promoting activity of thidiazuron was accompanied by high acid-phosphate level 14 and is stable and biologically active at low concentration than other cytokinins 15. The high efficiency of TDZ may be attributed to its ability to induce cytokinin accumulation or enhance the accumulation and translocation of auxin within the tissue 16, 17. It was also recorded that TDZ combined with NAA (10 µM TDZ + 4 µM NAA) produced 95 % of green nodular callus Table 2. It is also reported that the combination of cytokinin and auxin stimulated the formation of regenerative callus in induction in teak 18, 19. 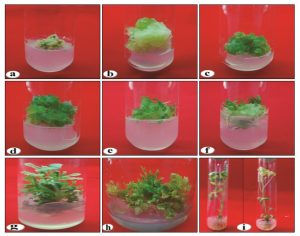 TABLE 2: EFFECT OF DIFFERENT COMBINATION OF AUXIN AND CYTOKININS ON CALLUS INDUCTION OF C. GYNANDRA THROUGH LEAF EXPLANTS

Proliferative features of cytokinins TDZ and BAP play various roles in plant development during the formation and activity of shoot meristems 20-22. These cytokinins improve proliferative rates in different species. BAP is involved in the improvement of shoot proliferation and elongation 23. The regenerated shoots (3-4 cm) were excised and transferred into half-strength MS medium supplemented with different concentrations of auxins (IAA, NAA and IBA) for rooting Fig. 1i. Among the different concentration of auxins 4 µM of IBA response as 90% of root induction, the number of roots per each medium as 8.8 ± 1.85 and the root length was recorded by the average of 7.32 ± 0.56 cm Table 4.

In the present study, the superiority of IBA over other auxins regarding in-vitro rooting is supported by the result of other studies in Ephedra gerardiana 24, Commelina diffusa 25 and Dendrobium chrysotoxum 26, Cleome chelidonii 27. The present investigation suggests that the IAA showed the least response in root formation. In comparison with other auxins, a similar observation was reported 28. Tissue culture techniques can play an important role in clonal propagation of elite genotypes of has diverse medicinal applications and eventually due to overexploitation and irregular concern this plant is facing local extinction. The result of this study shows a fruitful indirect organogenesis protocol for C. gynandra through callus formation, shoot regeneration and successful regeneration of new plantlets.

CONCLUSION: This study suggested an effective protocol for indirect regeneration system for C. gynandra. This protocol is simple, easy to carry out and produced a large number of callus and plants for mass propagation in a short period of time. The in-vitro regenerated plants were further subject to analysis the bioactive compounds, which can be used in the pharmaceutical industries.

AUTHORS CONTRIBUTION: Most of the experimental part of the work was done by the Research scholar I. Sudan. Dr. A.V.P. Karthikeyan, Guide and Principal Investigator of the UGC project, guided and monitored the experimental design, data compilation, and statistical analysis and corrected the manuscript.

CONFLICT OF INTEREST: The authors do not have any conflict of interest to declare.