INTRODUCTION:             India is rich in all three levels of biodiversity, as species diversity, genetic diversity and habitat diversity 1. Today, there is a renewed interest in traditional medicine and an increasing demand for more drugs from plant sources. The use of medicinal plants by man for the treatment of diseases has been in practice for a very long time.

Screening of compounds obtained from plants for their pharmacological property has resulted in the isolation of innumerable therapeutic agents. In fact, many of the current drugs mimic naturally occurring molecules or have structures that are fully or in part derived from natural motifs 2, 3.

It is believed that the whole plant has more effective healing properties than its isolated constituents. Any part of the plant may contain active components 4.

Azadiracta indica is widely used in traditional system of medicine for centuries now. Each part of A. indica is used in medicines and thus commercially exploitable. It is also considered to be a natural source for medicines and industrial products. The bark, seeds, leaves, fruit, extracts and oils of the neem tree contain pharmacological constituents which offer some impressive therapeutic qualities, like antimicrobial 5, anti-pyretic and anti-inflammatory 6, anti-tumour 7, anti-helminthic activities 8.

Ocimum sanctum is found growing naturally in moist soil nearly all over the globe. In ayurvedic system of medicine, Ocimum sanctum has been employed for the treatment of diseases like cancer, leprosy 9, hepatic disease, paralysis 10, urinary stone track disease, depression and other nervous disorder 11 and diabetes.

Phyllanthus amarus widely distributed throughout the trophics and subtrophics in sandy regions as a weed in cultivated and waste lands. The powdered leaves of P.amarus were given in the form of capsules to the patients with chronic viral hepatitis B. Due to its antiseptic, coolant, febrifugal, stomachic, astringent and diuretic properties of this plant it is very much utilized in traditional medicine 12.

Endophytic microorganisms are microbes that colonized inside plants tissues with symptomless to their hosts. The most frequently isolated endophytes are fungi, however, both gram positive and negative bacteria can be found as endophytes 13. The endophytic actinomycetes which are associated with plants also play important role in protection their host from phytopathogenic invasions 14. Several endophytic actinomycetes act as plant growth promoter by producing of phytohormone, indole-3- acetic acid (IAA) or iron chelating molecules, siderophores in vitro 15.

In modern agriculture, application of agrochemicals is still an invaluable and effective method to control plant diseases. However, since use of agrochemicals has been fallen into disfavour because of environmental pollution and detrimental effects on a variety of non-target organisms, potential use of microbe-basic bio-control agents as replacements or supplements for agrochemicals has increased in agricultural importance. The success of bio-control largely depends on basic knowledge about the selected antagonist.

The present study was undertaken with a view to test the potential of mutated and non-mutated endophytic actinomycetes and as biocontrol agents which were isolated from surface sterilized leaves of medicinal plants (Azadiracta indica, Ocmum sanctum, Phyllanthus amarus) against various human pathogenic bacteria like Staphylococcus aureus, Streptococcus pyogenes, Klebsiella pneumoniae and Pseudomonas aeruginosa.

Isolation of endophytic actinomycetes from plant samples: The plant materials were first dried for about two days in room temperature and separated into root and leaf. Then it was immersed in 70% ethanol for surface sterilization followed by crushing them with phosphate buffer in mortar and pistil. The crushed leaves were plated on starch casein agar, Starch casein nitrate agar, Actinomycetes isolation agar and soya bean agar 16 plates containing cycloheximide and nystatin (each at concentration of 50µg/ml of medium) and incubated at 280C for 7 days.

Colonies on the plates were examined using a microscope and picked on the basis of morphological features and colours of pigmentation and biochemical tests were performed for the identification of endophytic actinomycetes.

Wells of 6nm in diameter and about 2cm apart punctured in the culture medium using sterile cork borers. Different concentrations (25, 50, 75 and 100µl) of the ethanol extracts were added to the wells and 75µl of ethanol was added to the centre well as control. The plates were incubated in air at 37oC for 24 hours. Antibacterial activities were evaluated by measuring inhibition zone in diameters.

After incubation 1 ml of treated culture was added to 9 ml of GS fermentation medium (10g glucose, 10g soya bean meal, 1g CaCO3 and 1 l H2O, pH 7.5) and the tubes with culture was incubated for 96 hours on a shaker at 30oC. The tubes were removed from the shaker and the broth was centrifuged at 2000rpm for 20 min. The supernatant was used to examine the post mutational effect on the strains for their antibacterial activity.

Starch casein agar has been recognized as a successful media for the better recovery of endophytic actinomycete compared with soyabean agar, actinomycetes isolation agar, starch casein nitrate agar, since these media showed  growth along with fungi and unicellular bacteria. Hence, the maximum population was recorded in starch casein agar in Neem than thulsi and phyllanthus (Plate 1, Fig. 1).

PLATE 1: COLONY MORPHOLOGY IN A. INDICA 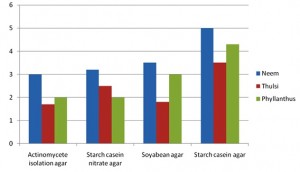 The isolates were identified according to the morphological criteria including characteristic colony on plates, morphology of spores on pigment production. After 1-4 weeks of incubation in Starch casein agar, Starch casein nitrate agar, Actinomycetes isolation agar and Soyabean agar, the endophytic colonies were observed. The isolates were characterized based on the biochemical tests- Indole, Methyl red, Voges proskauer, Citrate utilization, Catalase and Oxidase.

The results on morphological, physiological and biochemical activity revealed that all isolated strains obtained from three medicinal plants belonging to Streptomyces sp. All the strains were found to be gram positive rod and showed branched mycelium in their morphology similar to fungal characterization (Table 1). 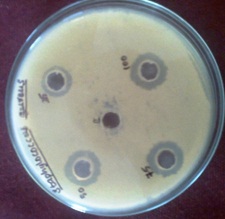 PLATE 2: ANTIBACTERIAL ACTIVITY OF A. INDICA AGAINST S. AUREUS

TABLE 3: EFFECT OF ETHANOL EXTRACT ON ENDOPHYTIC ACTINOMYCETES IN medicinal plants against Rhizopus 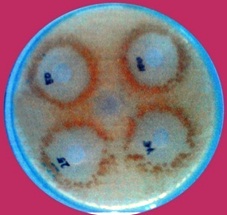 PLATE 3: ANTIFUNGAL ACTIVITY OF A. INDICA 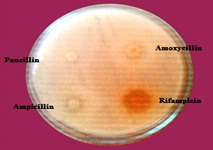 Effect of mutation on Antibacterial Activity:

Endophytic actinomycetes are now considered as an existing novel source for obtaining new active bio compounds and have been reported from several hosts such as tomato, banana, wheat and maize with promising antimicrobial activity against pathogenic strains 19, 20, 21, 22. Our present study suggests that endophytic actinomycetes offer promise for the discovery of novel natural products with pharmaceutical and agricultural potential.

CONCLUSION: We report that the Streptomyces sp after mutated by UV increase antibiotic production, whereas chemically treated strain showed decrease in production. This is due to the fact that the mutation of the active gene of this strain, responsible for the production of antibiotics might have been partially inactivated. This could indicate that bacterial species is more resistant to the antimicrobial substances produced by the actinomycetes.

It is assumed that actinomycetes that colonise internal tissues of medicinal plants are highly adapted to such habitat and have potential use as a source of bioactive agents.