ABSTRACT:Identification of protein-ligand interactionnetworks on a proteome scale is crucial to address a wide range of biological problems such as correlating molecular functions to physiological processes and designing safe and efficient therapeutics. In this study we have developed a novel computational strategy to identify ligand binding profiles of proteins across gene families and applied it to predicting protein functions, elucidating molecular mechanisms of drug adverse effects, and repositioning safe pharmaceuticals to treat different diseases The resultant network is then extrapolated to proteomics level to sort out the genes only expressed in the specific cancer types. The network is statistically analyzed and represented by the graphical interpretation to encounter the hub nodes. The objective of developing a biological networking is for the evaluation and validation of cancer drugs and their targets. In the field of cancer biology, the drug and their targets holds a role of paramount importance. With the work conducted here it shows the study of relation between drug target networks. Kaposi’s sarcoma (KS) is a systemic disease which can present with cutaneous lesions with or without internal involvement. Genes belonging to the group of proto-oncogenes and tumor suppressors are best targeted for cancer studies. Biological networks like gene regulatory networks, protein interaction network is usually created to simplify the studies. In the present study, 26 proteins as receptor were selected for the study; all the receptors were responsible for the cause of Kaposi’s sarcoma. Also, 121 natural anti-Kaposi Sarcoma compounds were selected from different sources the natural components were the best component for blocking of abnormal activity.

INTRODUCTION:Kaposi's sarcoma (KS) was originally described by Moritz Kaposi (KA-po-she), a Hungarian dermatologist practicing at the University of Vienna in 1872. Classic KS as originally described was a relatively indolent disease affecting elderly men from the Mediterranean region, or of Eastern European descent 1. Endemic KS was described later in young African people, mainly from sub-Saharan Africa, as a more aggressive disease which infiltrated the skin extensively, especially on the lower limbs 2.

In Europe and North America KSHV is transmitted through saliva. Thus, kissing is a theoretical risk factor for transmission although transmission between heterosexuals appears to be rare 3.

Higher rates of transmission among gay and bisexual men has been attributed to "deep kissing" sexual partners with KSHV 4.

Mechanism of the Disease: KSHV is transmissible during organ transplantation and to a lesser extent through blood transfusion. Kaposi’s sarcoma (KS) is an angio-proliferative disease characterized by proliferation of spindle- shaped cells predominantly of endothelial cell origin, neoangiogenesis, inflammatory cell infiltration, and edema 5.

Relationship to AIDS: With the rise of the AIDS epidemic, KS, as initially one of the most common AIDS symptoms, was researched more intensively in hopes that it might reveal the cause of AIDS. The disease was erroneously referred to as the "AIDS rash". In 2007, San Francisco doctors reported a Kaposi's sarcoma cluster among gay men 6.

Signaling pathway for the Disease: Kaposi's sarcoma-associated herpesvirus (KSHV) has been implicated in Kaposi's sarcoma, as well as in primary effusion lymphoma and multicentric Castleman's disease.

Signaling pathways changes that may responsible for this type of cancer including the K1 protein of KSHV has been shown to induce cellular transformation and focus formation and to deregulate B-lymphocyte signaling pathways by functionally mimicking the activated B-cell receptor complex 7 (Fig. 1).

(A) A schematic diagram of the KSHV K1 protein. The K1 protein has an extracellular domain, transmembrane domain, and a cytoplasmic tail. The cytoplasmic tail contains an immunoreceptor tyrosine-based activation motif (ITAM). 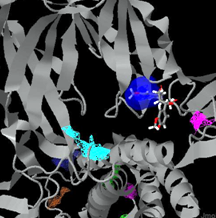 FIG 2: BINDING SITE ANALYIS OF THE INHIBITOR AND THE KS TARGET 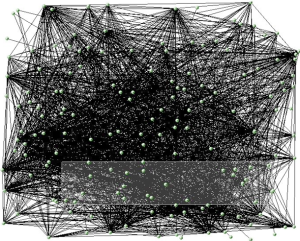 FIG. 4: RANKING ORDER OF THE LEAD HALICHONDRINE B AND HALENAQUINOL SULFATE 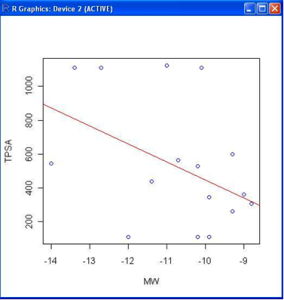 CONCLUSION: Our study further confirms that in- silico drug screening is an effective alternative for identification of lead compounds. Several natural lead compounds were identified and tested using molecular docking for their effectiveness against Kaposi’s Sarcoma Cancer. Halichondrine B and Halenaquinol Sulfate was identified to be effective inhibitors that had the ability to bind to LANA-1 and GLTSCR2/PICT-1. Their binding energies were also found to be lower than Finasteride. Our results contribute to understanding the mechanisms to explain previous experimental observations and may provide a lead into anticancer research.

ACKNOWLEDGEMENT: We are very much thankful to Institute Of Computational Biology,Bangalore, India, for the financial support and encouragement.