MECHANISM OF ACTION OF ANTICONVULSANT DRUGS: A REVIEW

MECHANISM OF ACTION OF ANTICONVULSANT DRUGS: A REVIEW

ABSTRACT:Epilepsy is a neurological disorder characterized by excessive electrical discharge in brain, which causes seizures. The therapeutic strategy in countering epilepsy involves reducing neuronal excitability through different mechanistic pathway. Most therapeutics currently used in the treatment of epilepsy is either directed towards blocking voltage-gated sodium and calcium channels or potentiating gamma amino butyric acid (GABA)-mediated neurotransmission, with little focus on voltage gated potassium ion channels, despite these channels having a major role in the control of all aspects of neuronal excitability. It is reported that functional impairment of potential channel, either by mutation or inhibition, result in epilepsy.

INTRODUCTION:Epilepsy is a common chronic neurological disorder characterized by recurrent unprovoked seizures. These seizures are transient signs and/or symptoms of abnormal, excessive or synchronous neuronal activity in the brain. About 50 million people worldwide have epilepsy at any one time 1. Epilepsy is usually controlled, but not cured, with medication, although surgery may be considered in difficult cases. However, over 30% of people with epilepsy do not have seizure control even with the best available medications. Not all epilepsy syndromes are life long some forms are confined to particular stages of childhood. Epilepsy should not be understood as a single disorder, but rather as a group of syndromes with vastly divergent symptoms but all involving episodic abnormal electrical activity in the brain 2, 3, 4.

Types of Seizure: The numerous epileptic seizure types are most commonly defined and grouped according to a scheme proposed by the International League against Epilepsy (ILAE) in 1981. Distinguishing between seizure types is important since different types of seizure may have different causes, prognosis and treatments 5.

International classification of seizure types (1981): This classification is based on observation (clinical and EEG) rather than the underlying pathophysiology or anatomy.

For example, a complex partial seizure may involve the unconscious repetition of simple actions, gestures or verbal utterances, or simply a blank stare and apparent unawareness of the occurrence of the seizure, followed by no memory of the seizure. Other patients may report a feeling of tunnel vision or dissociation, which represents a diminishment of awareness without full loss of consciousness. Still other patients can perform complicated actions, such as travel or shopping, while in the midst of a complex partial seizure.

The effects of partial seizures can be quite dependent on the area of the brain in which they are active. For example, a partial seizure in areas involved in perception may cause a particular sensory experience (for example, the perception of a scent, music or flashes of light) whereas, when centered in the motor cortex, a partial seizure might cause movement in particular groups of muscles. This type of seizure may also produce particular thoughts or internal visual images or even experiences which may be distinct but not easily described. Seizures centered on the temporal lobes  are known to produce mystical or ecstatic experiences in some people. These may result in a misdiagnosis of psychosis or even schizophrenia, if other symptoms of seizure are disregarded and other tests are not performed. Unfortunately for those with epilepsy, anti-psychotic medications prescribed without anticonvulsants in this case can actually lower the seizure threshold further and worsen the symptoms.

When the effects of a partial seizure appear as a 'warning sign' before a larger seizure, they are known as an aura: it is frequently the case that a partial seizure will spread to other parts of the brain and eventually become generalized, resulting in a tonic-clonic convulsion. The subjective experience of an aura, like other partial seizures, will tend to reflect the function of the affected part of the brain.

Epilepsia partialis continua is a rare type of focal motor seizure (hands and face) which recurs every few seconds or minutes for extended periods (days or years). It is usually due to strokes in adults and focal cortical inflammatory processes in children (Rasmussen’s encephalitis), possibly caused by chronic viral infections or autoimmune processes 6, 7, 8, 9, 10.

According to Mode of Action:

Mechanism of Action:  The Mechanism of Action of the Anti-epileptic drugs (AEDs) are not yet completely understood but these will help in the control of the symptoms i.e. suppression of the seizures. It is believed that AEDs act on diverse molecular targets to selectively modify the excitability of neurons so that seizures related firing can be blocked without disturbing non-epileptic activity which sub serves normal signal between neurons.At the cellular levels, three basic mechanisms are recognized, modulation of voltage-dependent ion channels (Na+, Ca2+, K+), enhancement of GABA mediated inhibitory neurotransmission and attenuation of excitatory transmission. Ion channels activity is important for signaling. The inflow and out flow of ions is controlled by the differential permeability and gating of the ion channels. Na+ and Ca2+channels are important for mediating excitation whereas the opening of K+ and Cl- channel may promote inhibition 12, 13, 14, 15.

Targets for the action of Antiepileptic drugs:  Voltage dependent ion channels are the molecular targets of a number of chemically different anticonvulsant drugs. These ion channels include Sodium, Calcium and Potassium channels.

The GABAA receptor is part of the trans­mitter-gated channel which consists of five membrane-spanning subunits that form the pore through which chloride ions enter the postsynaptic neuron following GABAA recep­tor occupation. Each of the five subunits in turn consists of four distinct transmembranespanning domains. Thesis subunits, which form the ionophore, have been designated α, β, -γ, δ and ρ, and each; with the exception of δ, have multiple isoforms, there are six a subunits (αl-α6), four β subunits ((β1~β4), three y subunits (γ1-γ3), a single δ subunit, as well as two ρ sub-units (ρl-ρ2), with the latter appearing to be localized in the retina.

Like GABA receptors, ionotropic glutamate receptors are comprised of various combinations of subunits forming tetrameric and pentameric arrays. They are classified into three specific subtypes, α-amino-3-hydroxy-5-methyl-iso-xazole-4-propionic acid (AMPA), kainate and N-methyl-D-aspartate (NMDA), which forms ligand-gated ion channels, permeable to Na+ and depending on subtype and subunit composition, Ca2+ ions.The NMDA receptor is further distinguished by having glycine as a co-agonist. The AMPA and kainate subtypes of the glutamate receptor are implicated in fast excitatory neurotransmission, whereas the NMDA receptor, quiescent at resting membrane poten­tial, is recruited during periods of prolonged depolarization 22, 23. 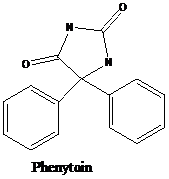 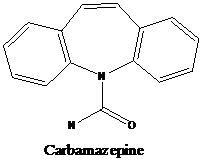 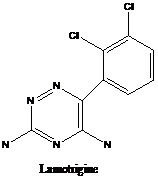 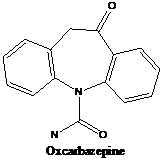 The BZDs are unable to activate the GABAA receptor directly in the absence of GABA as in the barbiturates. Augmentation of GABAergic inhibition in the thalamus can result in the de-inactivation of T-type Ca2+ channels, triggering a strong low-threshold burst and enhancing development of the thalamocortical rhythmicity that is characteristic of absence seizures. 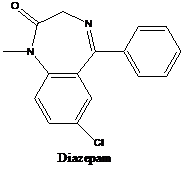 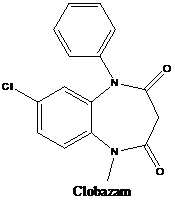 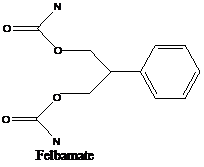 CONCLUSION: According to the definition, epilepsies are the group of disorders. There is an immediate need to fully understand the mechanism of action of the each AEDs individually in order to understand the path physiology of the seizures and for the better treatment of the epilepsies. From the currently available evidence based on assessed data one can conclude that GBP, LEV, LTG. OXC, PGB, TPM, TGB and ZNS were found to be appropriate for adjunctive treatment of refractory partial seizures. In adults, GBP, LEV, LTG, OXC and TPM can also be used, for the treatment of refractory partial seizures in children.

The mechanism of action of anti-convulsant drugs on post-synaptic GABA receptor are Barbiturate, Benzodiazepines, Vigabatrin, Sodium Valproate, Gabapentin, Tiagabine, or through inhibition of action on voltage sensitive ion channels are Phenytoin, Carbamazepine, Lamotrigine, Topiramate, Zonisamide, or through inhibition of  ‘T’ type calcium current are Ethosuximide, Trimethadione and Sodium Valproate. The future of the treatment of the epilepsies is centered on the mechanism of action of the individual drugs and on the patient.