ABSTRACT: Trandermal drug delivery systems are potential sources of administrating drugs through and have certain advantages as delivering a therapeutically effective amount of drug across a patient's skin. Medicated Tattoos is one of the upcoming approaches in transdermal drug delivery. Researches reveal that humans from the generations have used tattoos for various reasons like symbol of rank, religious/spiritual devotion, and decoration for bravery, sexual temptation as well as to express the love. In the past years, there are various reported cases of syphilis, tetanus, tuberculosis, and herpes that have been associated with tattooing. Many of these infections resulted from mixing saliva with ink or tattooists holding needles in their mouths. Medicated tattoos are becoming a very popular drug delivery system, as tattoos are trendy among adolescents. There are so many recent advancements in the field of medicated tattoos. Recently, the tattooing has been widely used as a drug delivery system in the field of medicine (corneal tattooing, gastrointestinal tattooing during endoscopy, permanent make-up tattooing, scar camouflage, or radiotherapy field was marking.

INTRODUCTION: Tattooing has gained remarkable recognition for the past twenty years. It is derived from a Tahitian word ‘tatu’ which means to mark something for symbolic representation or identification. Researches reveal that humans from the generations have used tattoos for various reasons like symbol of rank, religious/spiritual devotion, and decoration for bravery, sexual temptation as well as to express the love. In the past years, there are various reported cases of syphilis, tetanus, tuberculosis, and herpes have been associated with tattooing.

Modern Tattooists use the Following Steps:

As technological advancement, this conventional tattooing is transformed in the form of a transdermal drug delivery system.

Transdermal drug delivery systems are a potential source of administrating drugs through and have certain advantages as delivering a therapeutically effective amount of drug across a patient's skin. Transdermal has the advantage over needle injections and oral routes. It has great patient compliance and avoids demerit of the oral route by eliminating fast pass metabolism 3.

In the case of TDDS, the drug must be able to penetrate the skin so that the drug can easily reach the target site.  Certain factors should be considered during using Transdermal drug delivery as high potency, better permeability through the skin, and non-irritation for better compliance. 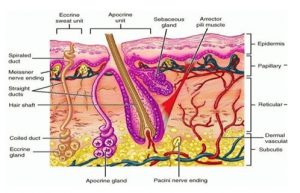 Medicated Tattoos is one of the upcoming approaches in transdermal drug delivery. Medicated   Tattoos Med-Tats is a modification of temporary tattoo as the normal tattoo is used for fun similarly Medicated tattoo contains the active ingredient of medicament. It is easily attractable for small children who have a fear of injection or other few drug delivery, which are inconvenient for them. Several pharmaceuticals pay greater attention in case of choosing ingredients to increase penetration through skin, mostly substances, like alcohol, within the patch to improve their penetration via skin to improve absorption. These Med-Tats prototypes contain acetaminophen and vitamin C as the drug candidate. 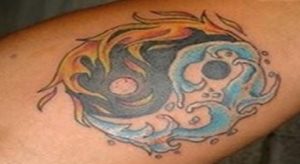 The Formulation of Medicated Tattoos: The formulation & composition of tattoos:

A patch of tattoo is loaded with drugs and usually applied on the skin to transport a specific dose of medication across the skin and into the blood circulation 6. There are two major functions of the adhesive: It is the glue in nature that keeps the patch adhered to the skin, and it acts as the suspension that holds the drug. The problems associated with this is the concentration of the drug within the adhesive directly affects the "stickiness" of the adhesive so if the large quantities of the drug are to be administered, either the size of the patch has to be increased or the patch needs to be reapplied again and again.

The drug candidate as well as other pharmaceuticals usually combined with substances, like alcohol, within the patch to improve their penetration via skin to improve absorption. They are also applied to clean dry skin in the same manner 7.

Tattoos are temporary to permanent marking in the skin, usually made by the ink & needle. Once the ink is deposited into the dermis, the second layer of the skin scrabs over; then the skin heals to expose a design under the new layer of skin. When it’s completely healed, its beautiful on the body called a tattoo. This is the concept of natural tattooing. A tattoo will fade if the immune system ever succeeds in breaking up the pigment particles.

The concept of "Medical tattooing is highly similar to the existing regular tattooing, except here non-allergic ink is introduced into the dermal layers of the skin (deeper layers of the skin)," Medical tattooing is also recommended for patients who have had breast reconstruction surgery and has been proved as better and effective drug delivery systems. At the same time, women also do medical tattoos to cover scars left on the breast after surgery. Tattooing based drug delivery systems are also used to treat Cutaneous Leishmaniasis 8. Tattooing is widely used in medical research to deliver the concept of DNA vaccination strategy. Medicated Tattoo (Med-Tat) is a modification of temporary tattoo which contains an active drug substance for transdermal delivery.

Tattoo inks are solutions comprised of a carrier and a colorant. The carrier is the fluid that is used to transport the colorant to the application location. It may contain glycerin, water, isopropyl alcohol. Apart from that, there are so many other methods of tattooing like removable transdermal tattoos, which are further explored as the medicated tattoos in which the active drugs are incorporated along with the ink base to fulfill the desired action.

The Basic Mechanism behind Medicated Tattoo: 9

Indication of the Complete Drug Absorption: There is a visual indication as to the drug absorption starts and when it is completely absorbed into the skin. For this purpose, the manufacturer provides a color chart that is compared to the colors of the medicated tattoo applied to the patient as it determines when the tattoo should be removed. Upon absorption, the tattoos gradually fade away and are painless to remove with the help of simple astringent wash containing isopropyl alcohol. The drugs used in medicated tattoos have some prototype drugs as Acetaminophen, vitamin C, etc.

Another type of such tattoos is medical alert tattoos or medical wrist tattoos/medical information tattoos. Due to a great and emerging application of tattooing for medical identification for conditions requiring special attention during emergencies, such as patients with diabetes who may be found unconscious due to hypoglycemia or with an allergy to specific medication 14. Also, in the case of Amalgam tattoo, an iatrogenic lesion is caused by traumatic implantation of dental amalgam into a soft tissue, typically on the gums of the lower jaw to attain a trendy look.

Application of Tattoos for the Indication of the Disease State for Emergency Help: Tattoos can be used to indicate the disease state of a person to be helped in the disease states with critical time like in case of diabetes, epilepsy and heart stokes.

Hence, in this case, by looking at such tattoos, the medical emergency can be identified, and the patient should be immediately supported by the recommended health support. 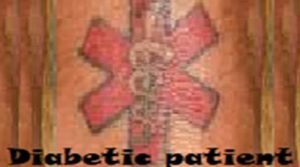 Recent Advancement in the Field of Medicated Tattoos: There are so many recent advancements in the field of medicated tattoos. One of them is electronic tattoos, which measure the emotions by tracking muscle and nerve activity, representing a recent example of medicine with devices, reflecting skin as a digital platform, at the same time reducing the need for painful needles. Some researchers at the Center for Wearable Sensors at the University of California, San Diego, have developed a removable electronic tattoo that can sense your blood-alcohol level from the sweat on the skin of humans and then send this information via Bluetooth to a Smartphone or car computer.

Furthermore, other recent devices have wireless sensors that can monitor a person's activity. Researchers have used the skin electrodes-based wearing tattoos to monitor the muscular and neuronal activity of a patient suffering from a neurodegenerative disease like Alzheimer's disease. Similarly, wireless skin biochemical sensors have been developed and applied in the form of wearing tattoos, the best example of electronic tattoos research. Recently, Graphene-based wearable electronic tattoos are developed to monitor the health of the human body, enabling their biometric uses, such as monitoring of the electrical activity of the brain, heart, and muscles. Similarly, gold and titanium-based electronic tattoos are also developed, offering significant relevance in the medical science for medical alerts of various chronological diseases. There are various electronic tattoos printed on skin used to transmit medical data in the healthcare industry.

Organizational Impact of Wearing Tattoos: There are huge psychological and psychiatric aspects of tattoos in society. But it has the gender-specific as well as occupational specific acceptance in the society. According to a survey, 58% of employers would be less likely to offer a job to a tattooed applicant. It means it reflects the organizational attitude towards wearing tattoos. At the same time in a society wearing tattoos is the sign of indiscipline behavior 17.

Government Regulations for Tattooing: The ink and other ingredients used in the tattooing may contain harmful microbes as well as may develop allergic reactions hence tattoos, and their potential health consequences should be assessed as per the set regulations 18. Moreover, Drugs & Medical Devices Group is responsible for conducting on-site inspections of tattoo and body piercing studios. During these inspections, we ensure that the studios comply with state and local laws and regulations. Furthermore, it varies with location on the national and international front. There is a need for sterilization records showing routine sterilization practices. There is a licensing guideline for the tattoo parlor, and there are so many concerns for minors. The tattooist reports any infection or adverse reaction to the Department of State Health Services. The primary risks monitored under these regulations are the possibility of infection and the transmission of disease through unsanitary procedures or conditions.

CONCLUSION: Medicated tattoos as a transdermal drug delivery system have been recognized as a potential delivery system in spite of its limitation. This drug delivery system brings rate-controlled delivery with fewer side effects, increased efficacy, and constant delivery. Human skin has been proved as an extremely good barrier function, and to improve the penetration of active ingredients, it is frequently necessary to employ enhancement strategies. Furthermore, tattooing has gained tremendous popularity in medical science. There is a well-established emerging application of tattooing for medical identification for conditions requiring special attention during emergencies, such as patients with diabetes who may be found unconscious due to hypoglycemia or with an allergy to a specific medication. In the current issue, the treatment options for tattoos are well described, and further, it requires individualization as per the safety concerns of the patient. It serves as a reliable and efficacious tool in treating amateur, professional, cosmetic, and traumatic purposes. Moreover, by incorporation of nontoxic and non-irritant biodegradable herbal pigments in the medicated tattoos can trigger the explosion in the medical science arena.