Categories Menu
Home » MEDICATION STORAGE AND SELF MEDICATION PRACTICE AMONG THE YOUTH IN KARNATAKA REGION, INDIA

MEDICATION STORAGE AND SELF MEDICATION PRACTICE AMONG THE YOUTH IN KARNATAKA REGION, INDIA

MEDICATION STORAGE AND SELF MEDICATION PRACTICE AMONG THE YOUTH IN KARNATAKA REGION, INDIA

Aim: The aim of the study was to determine the prevalence, approach and behavior towards medication storage & self-medication practice amongst the youth in Karnataka, India.

Methodology: A pre-cross sectional survey was conducted, administering a pre-piloted questionnaire among the target population. Sample size of 150 was analyzed using the percentage method.

Results: Out of 150 respondents, 84.62% were found to store medications in their rooms. The prevalence of self-medication was 88.6%. The most common reasons for self-medication were: respondents’ knowledge about the illness & its treatment (47.06%), the time saving factor (44.12%), and prescriber’s ineffective medications (8.82%). Commonly stored medications included analgesics/anti-pyretic (28.07%) and anti-infectives (17.54%). Others included were ENT drugs (14%), Gastrointestinal (GIT) drugs (14%), skin products (6%), Vitamins (8%), ayurvedic medicines (10%), while remaining were categorized as miscellaneous (15.33%). Other considered parameters include: awareness about proper use & expiry dates, and storage & disposal condition. It was concluded that medication storage and self medication were highly prevalent among students.

Discussion: There is an immediate need to educate people regarding the safe use of drugs. Strict regulatory policies need to be implemented on unrestricted availability of the drugs to ensure safety.

INTRODUCTION:Indian Pharmaceutical industry stands fourth in terms of volume and thirteenth in terms of value globally; exports ceiling to approx. 2.6 USD billion, while the domestic sales are as high as 4 million USD 1. About 200 brands for every molecule are present in the Indian market 2.

This fierce competition among brands has led to the controlled pricing of medicines, which in turn leads to availability of medicines at extremely cheap and affordable prices as compared to rest of the world.

The bleak side of this ever-increasing competition is rampant unethical marketing practice, leading to uncontrolled availability. Such practice, along with weak enforcement of regulatory laws, enhances the probability of self-medication and misuse 3.

The Schedule-H (Drugs and Cosmetic Act of 1940) lists the prescription-only drugs: antimicrobials, sedatives, tranquilizers etc. But even these drugs, which essentially demand prescriber’s discretion based on risks verses benefits, are at times available over the counter (OTC) 4.

Consequently, misconceptions and irrational medicine usage have not only led to hazardous health conditions but also the development of resistant microbial strains 5.

For years, the Indian healthcare system has been plagued with unrestricted antibiotics prescriptions and sales resulting in the emergence of antibiotic resistant microbial strains 6.Regretfully, the callous approach of doctors and pharmacists towards pharmaceutical handling is the impetus behind the health consumers’ immature attitude towards medicines. Although delayed, as a preventive measure, the Government of India proposed an ‘amendment’ to the Schedule H drugs, under D&C Act 1945.

The proposed ‘Schedule HX’ mandates the major drug manufacturers to sell 16 antibiotic drugs directly to tertiary care hospitals. With respect to 74 antibiotics, which can be dispensed only by a pharmacist on a Registered Medical Practitioner’s prescription, the pharmacist will have to file a prescription’s copy in records for at least two years. Unfortunately, the proposal could not be realized due to the strong opposition by the financial-interest seeking lobbies of chemists/druggists and physicians 7.

On the other hand, World Health Organization (WHO) and other drug regulatory bodies have inculcated larger number of commonly used safe prescription-only medications under the OTC category. This step is aimed to assuage the socio-economic burden, and to deal with shortage of medical professionals 8, 9.

In addition, such patient empowerment policies are believed to develop sense of responsibility towards self-health management.

However, the existing advertising and push-counter distribution strategies 4 suppress the real purpose of increasing the OTC list. Instead of alleviating the healthcare burden, many problems associated with irrational self-medications have emerged.

Self-medication practice has been reported to be alarmingly prevalent among the younger generations at an alarming rate, especially the college going students. Previous studies reported the extent of self-medication to be 98% in Palestine10, 94% in Hong Kong12, 88% in Croatia13, 76% in Pakistan14, 75.4% in Nigeria15 and 45% in Turkey16.

As previously reported, time factor, cost-effectiveness, self-care orientation and easily accessible medical knowledge are known to be some of the most important factors encouraging the practice of self medication 10, 11.

The easy accessibility to medicines and the accumulated prescription medicines (due to non-compliance) are thought to be a major reason for this practice. In addition, the improper medication storage may lead to risks of consuming expired or tampered medicines, inappropriate dose and adverse drug reactions/drug toxicity 17, 18.

The current study was performed:

a)      To understand the prevalence, attitude and behavior towards self medication among Indian university students

b)      Major reasons for self medication

METHODOLOGY: The tool used for the study was a survey questionnaire (Table 1), as employed by some previous researchers 19.

The ethics committee validated the study proposal stating that ethical approval proceedings are not mandatory for such observational studies. The survey-form, with open and closed ended questions, was developed and pre-validated. Data were collected by face-to-face interviews and by using survey forms, from the randomly chosen youths residing in hostels or as paying guests.

150 participants from different educational streams completed the questionnaires: medicine, pharmacy, nursing, allied health sciences, dental and engineering. The questionnaire enquired about the medications stored, reasons & frequency of self-medication, the source of information about medicines, and storage & disposal habits. The data in this study was obtained by informed consent from the patients. The data obtained was further analyzed to estimate the medication knowledge and practice. 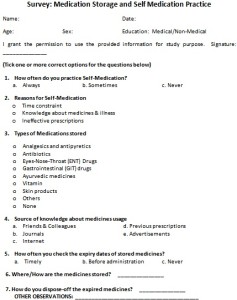 TABLE 2: DEMOGRAPHICS OF THE RESPONDENTS

TABLE 4: HOW OFTEN SELF-MEDICATION IS PRACTICED?

TABLE 5: SOURCES OF INFORMATION ABOUT THE USAGE OF DRUGS

While investigating the attitude toward expiry dates, 23.33% of students were observed to be completely ignorant towards the significance of expiry dates. In comparison, equal proportions of students checked the expiry dates on timely basis (38.67%) or immediately before administration (38%). It was noted that all the respondents (100%) disposed off the unused and expired medications in trashcans.

DISCUSSION: The study population mainly consists of students from different science streams. The high prevalence of self-medication practice may be mainly due to the time saving factor (44.12% respondents), medication knowledge among health-sciences students and for cost cutting reasons. A few respondents got indulged in self-medication after unsuccessful prescriptions which might be due to the some gaps existing between the health professional and patients.

The easy access to almost all medications, some of most potent antibiotics and antiviral, further acts as an impetus for self medication. Increased amount of stored analgesics-antipyretics and antibiotics explains students’ irrational self medicating practice, using these drugs as an appropriate treatment, irrespective of the kind of infections or fevers. Excessive usage of analgesics/NSAIDS may lead to adverse hepatic, renal 20 and gastrointestinal 21 effects. The observed ongoing trend of irrational antibiotic usage already has, and may further lead to the development of anti-microbial resistant strains 5, 7. Hence, awareness pertaining to the usage of antibiotics and other prescription-only drugs is the need of the hour.

Storage by 10% of the respondents indicates the reliability and popularity of the Ayurvedic medicines, even today. This can be taken as validation of Valiathan’s statement 22 that ‘Ayurveda’ has resuscitated globally in 20th century, after ages of neglect.

Respondents’ high reliability on the non-substantial drug-usage information sources, like advices from friends and roommates and previous prescriptions, explains their negligent healthcare approach; somewhat equating medicines to vegetables. Relying on sources like advertisements, friends & colleagues, and previous prescriptions, for minor ailments, is surely time and cost effective. But this unrestricted accessibility to most prescription-only drugs may lead to adverse drug reactions (ADR) or even death in worst cases. Other reasons for ADR may be: physiological differences among individuals, type and extent of illness, past medication history, and potential allergic responses.

Only a small segment of respondents followed the trusted set of medication information sources like journals (19.33%) and internet (11.33%). Therefore, there should be a strict review of the films advertising medicinal products and the websites supplying medication knowledge. Most of the respondents (76.38%) stored medicines properly. Extremely careless attitude was shown by 23.62% respondents, leaving medicines unattended in their rooms. This may lead to deterioration of improperly stored drugs; thereby enhancing the chances of accidental drug poisoning.

Disposing the waste or expired medications emerged as a major concern. All the respondents (100%) dumped their waste/expired-medications in the kitchen trash bin. Such non-specialized disposal of large amount of chemicals (medicines) is bound to have hazardous impact on the environment. The environmental burden by pharmaceuticals is due to the non-biodegradable nature of drugs, their interference with degradation of other substances, emergence of resistant microbial strains, disturbing endocrine balance in wildlife, and accumulation in the terrestrial and aquatic bodies 23, 24, 25.  It may be myopic to believe that only the lives in immediate polluted environment are affected; pollution has a global impact. As the researchers say, “Pollution anywhere becomes a problem everywhere” 25.Thus, proper disposal of medicines is an aspect that has been long ignored by the policy-makers/regulatory bodies, and necessary measures need to be implemented for proper eco-friendly drug disposal patterns.

Most of the respondents checked the validity of their stored medicines on timely basis or immediately before administration. Surprisingly, 23.33% respondents were even ignorant about the importance of expiry dates. This lack of obligatory information about medicines shakes the basics of medication safety guidelines. Self medication policy aimed at health-consumer/patient empowerment may not be beneficial to all the nations in a similar fashion. Promoting practices like self-medications can lead to problems in countries, like India, wherein patient’s careless attitude coupled with ineffective drug regulatory mechanisms can at times have disastrous results for patients involved in self medication.

CONCLUSION: The prevalence of self-medication among the target population was observed to be high. Although it is recommended to improve self-care orientation, but the lack of knowledge (rational drug usage) and uncontrolled availability of prescription-only drugs has led to numerous healthcare issues.

Our study indicates that an increasing number of youth do not realize the importance of proper medication storage. Such high prevalence of callous attitude has lead to poor therapeutic outcomes. Since medicines comprise of an elixir of different medicinal agents prone to deterioration; therapeutic potential is lost if the ideal storage conditions are not met. There is a need to practice proper storage conditions by the patients.

As a part of their responsibility, the pharmaceutical manufacturers enclose a patient information leaflet (PIL) describing the safe medication and storage instructions. The same should be strictly followed by the patients/health-consumers. The temporary health benefits of young age sometime give a false euphoria, and therefore lead to careless attitude towards health issues. This disturbs the treatment plan and also affects the health.

It is an obligation of the pharmacist to counsel the patients before leaving the pharmacy counter. To our dismay, the Indian Pharmaceutical community has shown a bleak picture of misery as far as this is concerned. Also, there is a need to emphasize on rational usage of drugs. The Ministry of Health and Family Welfare-Govt. of India should take pre-requisite measures to regulate the drug availability and usage.

Though investments in healthcare regulations may seem inconsequential to the myopic policy-makers due to gradual outcomes; savings from controlled risks assure reimbursement.

The universities need to come out with ideas & policies to educate the student on safe disposal of expired drugs in order to avoid hazardous effects.